On November 26, Xinhua News Agency published an official report on the development of China’s third aircraft carrier. Aircraft carriers are one of the most powerful weapons in today’s modern navy.

They are not only a take-off and landing platform for aircraft, but also a fleet data collection and command and control center. For any country, the aircraft carrier is a symbol of its comprehensive national strength.

China’s first aircraft carrier Liaoning has been officially commissioned and sea trials of the second carrier have been successfully launched.

Now the third aircraft carrier has come into the spotlight, drawing the world’s attention.

An aircraft carrier is the dream of soldiers across generations

During the 1996 general elections in Taiwan, the US aircraft carrier strike groups swaggered through the Taiwan Strait in support of those who advocated independence of Taiwan. The Chinese navy, at that time, was unable to resist US intervention and defend its national sovereignty due to lack of long-range weapons.

From its inception to its first round-the-world voyage, the Chinese navy has always followed the principle of offshore defense. Slow scientific and technological development limited China’s ability to build huge ocean-friendly ships.

In January 1974, the South Vietnamese government, supported by the United States, violated Chinese territory on Xisha Islands. China retaliated in self-defense. In this battle of the South China Sea, the Chinese navy used small boats to attack large ships.

Constructing China’s own aircraft carriers and large destroyers has long been the dream of Chinese soldiers across generations.

Liaoning is China’s first aircraft carrier. In 1999, Chinese enterprises bought the aircraft carrier Varyag from a Ukrainian shipyard, after several rounds of negotiations.

The aircraft carrier did not arrive in Dalian until 2002. Due to immense obstruction from different sides, it took nearly three years for the carrier to arrive in China from Ukraine.

China’s second aircraft carrier completed its third sea trial on November 6, coming a step closer to being commissioned. As an upgraded version, its performance far exceeds that of the Liaoning, and it deserves to be called a truly Chinese-made aircraft carrier.

Thanks to a major breakthrough in the integrated power system, China’s second aircraft carrier has made numerous advancements:

Second, it uses a 12-degree angle deck take-off mode. The reduction in the angle is more conducive for the take-off of J-15 aircraft.

Fourth, it is equipped with the 346A active phased array radar, the latest of its kind in the Chinese Navy. This new radar enables the aircraft carrier to “see farther” and further enhances comprehensive combat capabilities of aircraft carrier formations.

Fifth, the interiors of the aircraft carrier have also undergone crucial changes, the most important one being the expansion of the built-in hangar.

During the trial phase of this second aircraft carrier, news came that a third one would be constructed at the Shanghai Jiangnan Shipyard. Segmented images show the current construction progress.

Currently, the R&D team has developed a medium-voltage DC transmission network to replace the AC-based system. This means that the Chinese military no longer needs to follow the US model of using nuclear reactors to support the ship’s electromagnetic aircraft launch system and energy-intensive weapons.

This will significantly improve the fighter aircraft’s combat effectiveness.

The third aircraft carrier is not only the most technologically advanced in China but is all set to be one of the best in the world.

Nuclear-powered aircraft carrier to be launched 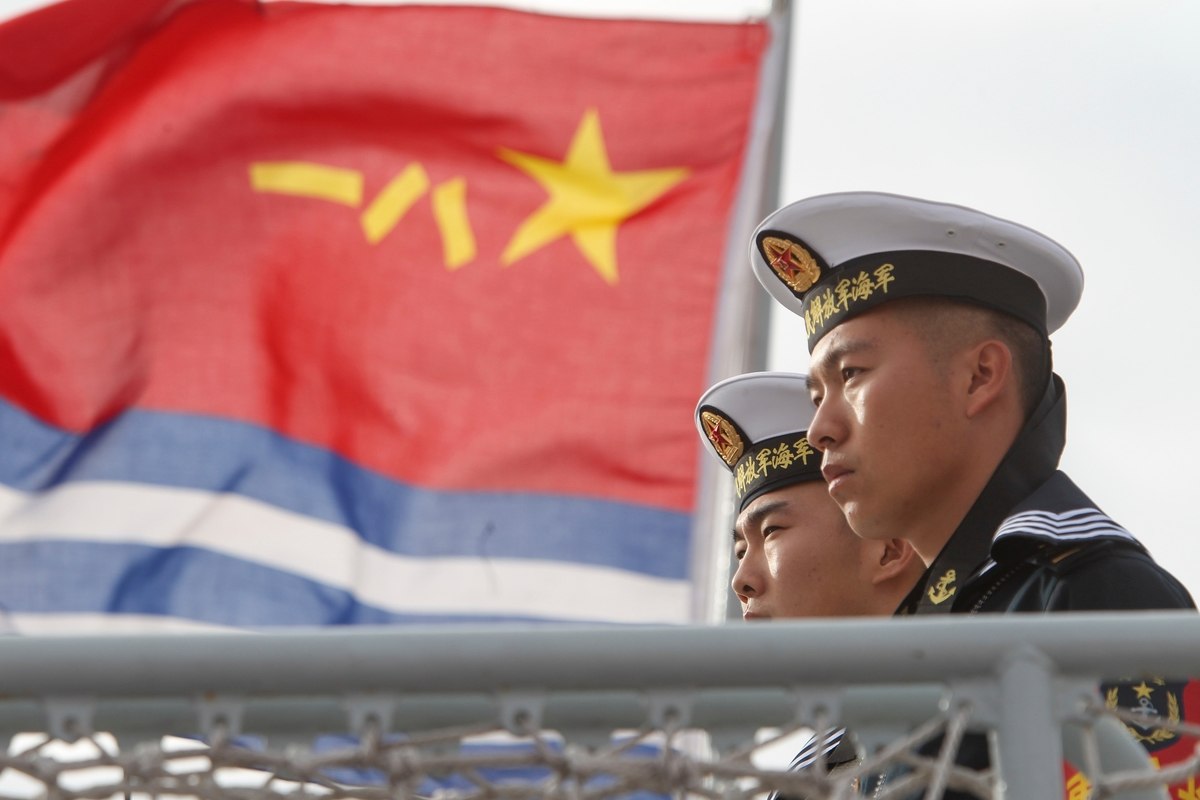 In its press release on June 21, China National Nuclear Corporation said that the “nuclear-powered ice-breaker integrated support ship”, will have a full displacement of more than 30,000 tons, and will be used mainly for icebreaking operations in the Arctic region and to open up polar shipping routes. It will also be used to provide power supply, comprehensive maritime security and offer rescue services.

On September 5, a model of the nuclear-powered icebreaker integrated support ship was displayed at the China International Nuclear Power Industry and Equipment Exhibition.

It demonstrated that the nuclear power system can ensure that the aircraft carrier formation can reach global destinations and guarantee efficient ammunition and supplies.

The model of the first nuclear-powered icebreaker integrated support ship indicates that China aims to use civilian ships to test the nuclear power system, thus solving technical barriers for nuclear-powered aircraft carriers that are being planned.

Major general of the people’s liberation army, former deputy director of Education, the National Defense University of the People’s Liberation Army
The White Paper on China’s National Defense Has Been Released, What’s New?
The US Use of White Phosphorus Bombs Is an Open Violation of International Law
The U.S. Arms Trade Sanction on China Is No More Than an Illusion
What Have Been Tested？- China’s First domestically-built Aircraft Carrier Set Out for Sea Trials
Use Wechat scan the qrcode, then share to friend or feed.