The White Paper on China’s National Defense Has Been Released, What’s New?

A peaceful, stable and prosperous China will offer opportunity and prosperity for the whole world.

The White Paper China’s National Defense in the New Era issued by the Chinese government on July 24, 2019 pointed out that the dream of the Chinese people is closely linked to that of the world people. A peaceful, stable and prosperous China will offer opportunity and prosperity for the whole world. A strong Chinese army will firmly safeguard world peace and stability and serve the development of a community with a shared future for mankind. 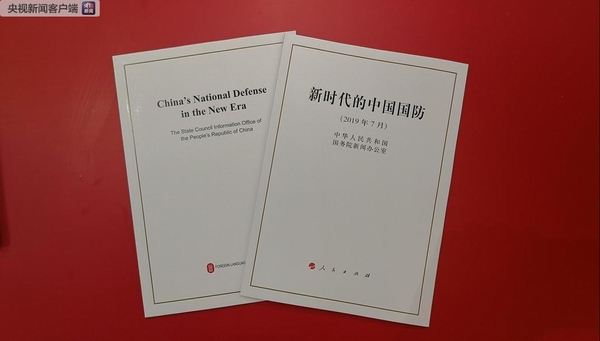 This is the 10th white paper on national defense issued by the Chinese government since 1998. It is also the first comprehensive national defense white paper published in the new era. The white paper contains six sections, including a chapter on the various services and arms of the People’s Liberation Army(PLA) and the Armed Police Force after restructuring and reform. Generally speaking, modern warfare has entered the information age, hence the traditional military system is no longer suitable for future warfares. Operational objectives, means and styles, organization and command, and armed forces management will undergo fundamental changes.

In previous wars, the main objective was to eliminate the enemy’s effective forces, thus changing the battlefield situation and finally winning the war. Due to the requirement for information system operation, the core of the future battlefield will be transferred to destroying the enemy’s combat system. The goal is to disable the enemy’s high-tech weapons and equipment and to cripple the entire combat system.

The combat approach is no longer limited to hard destruction, but a combination of hard and soft methods to achieve long-range engagement through a strong electronic warfare system. The computer network combat system may become the primary strength in combats. The figures on keyboards may replace bayonet fights. The combat style may change from a pure military confrontation to all-round confrontation in rear security, covering politics, military, economy, finance, science and technology, combat support capability, traffic information, public opinion and psychology, etc.

Apart from the futurization of combat approach, the management of the army has also undergone fundamental changes. The standards for professional division of labor and technical requirements have become increasingly higher. Hence, construction and management methods shall also adapt to these changes. Therefore, this military reform emphasizes that the Central Military Commission(CMC) take charge of the overall administration of the PLA, theater commands to focus on war preparedness, and various military services to pursue their self-development. 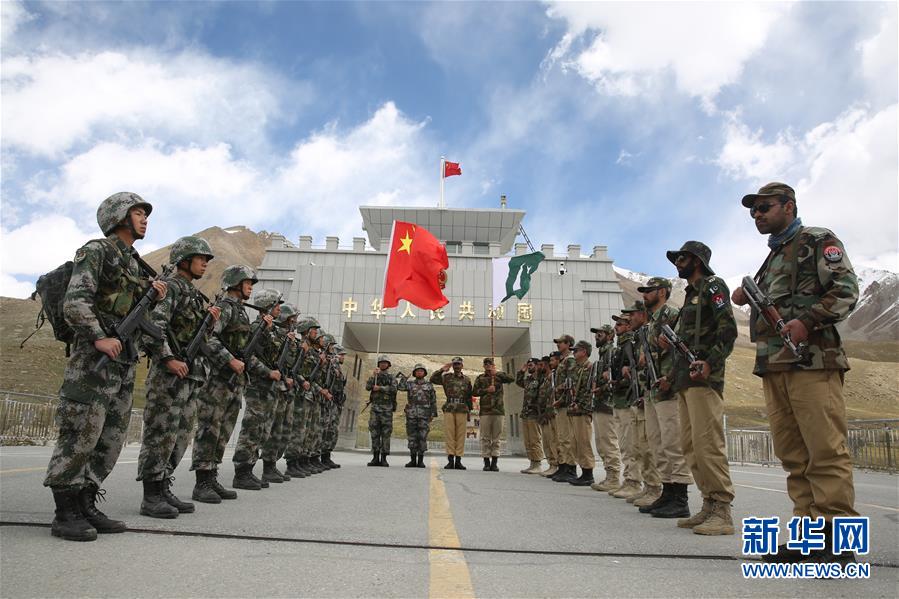 The land force (army) plays an irreplaceable role in safeguarding national sovereignty, security, and development. Meanwhile, it shall also protect overseas interests during economic globalization. The land force (army) shall be capable of carrying out rapid mobile operations, and complete the tasks of guarding territorial sovereignty and security, border and coastal defense, maintaining security and guard duty, etc. With a reduction of size in the force, the army shall improve its mobile operations and cross-domain operations. Therefore, it is necessary to speed up the transformation from regional defense to global combat in accordance with the strategic requirements of mobile warfare and three-dimensional attack and defense, so as to improve the accurate and sustained combat capability. 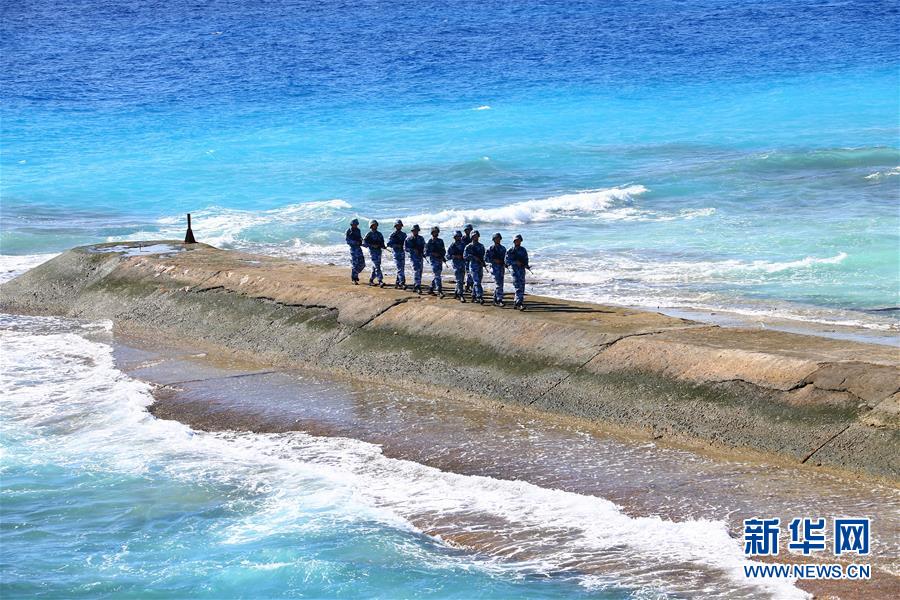 The navy plays an important role in fighting in open sea, maintaining the safety of strategic channels, escorting, implementing overseas humanitarian aid, evacuating overseas Chinese citizens, and changing the strategic pattern. According to the strategic requirements of offshore defense and distant sea defense, the navy shall accelerate the transformation from offshore defense to distant sea defense by improving the capabilities of strategic deterrence and counterattack, maritime mobile operations, joint maritime operations, comprehensive defense operations, and comprehensive logistics and support. 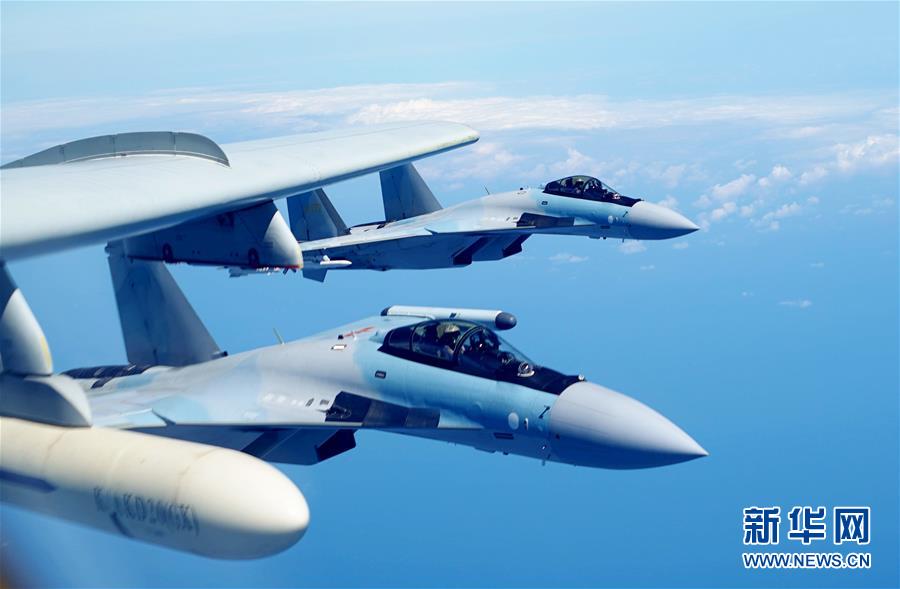 The air force is not only a national air defense force, but also an important strategic offensive force in future operations such as repellence, contesting air superiority, electromagnetic-spectrum dominance, long-range combat support, intelligent operations, unmanned operations, etc. It will play a vital role in defensive operations such as the defense of important targets, maintenance of the South China Sea’s security, among others. Air force development must speed up the transformation from territorial air defense to both defense and offense in accordance with the strategic requirements of air and space integration and defense, and improve the capabilities of strategic early warning, airstrike, air defense and antimissile, information countermeasure, airborne operations, strategic delivery and comprehensive logistics and support. 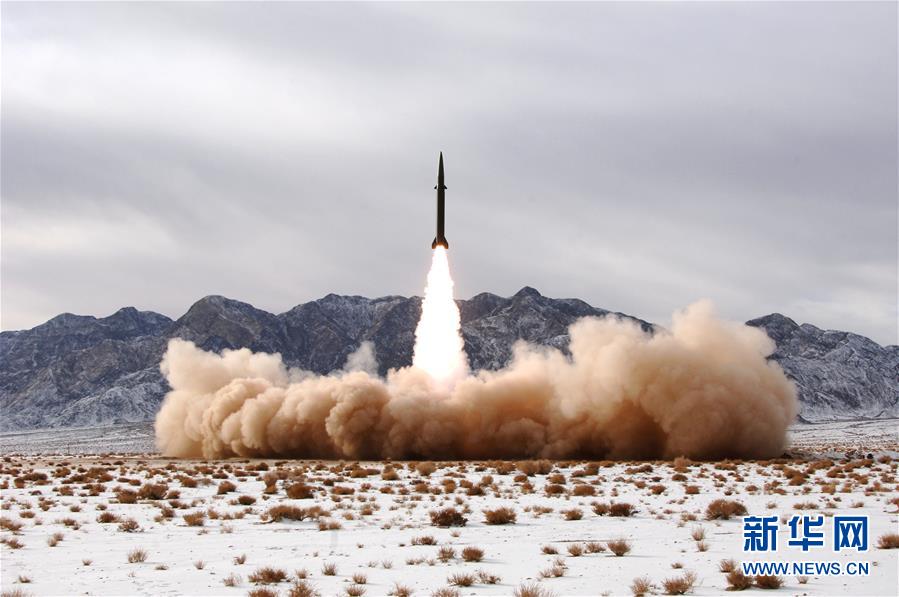 The rocket force is China’s key weapon in long-distance warfares. It plays an irreplaceable role in maintaining national sovereignty and security, preventing the intervention of powerful enemies, safeguarding the security of the Second Island Chain, implementing strategic counterattack, and possessing both nuclear and conventional weapons.

The combined operation of the strategic rocket force, long-range aviation, and nuclear submarine forces formed the shield of China’s second nuclear counterattack, serving as an important strategic support for the peace and security of mankind.

As stated in the white paper, the development of a strategic rocket force shall be based on the strategic requirements of possessing both nuclear and conventional weapons and cross-domain deterrence. It shall enhance credible and reliable nuclear deterrence and counterattack capabilities, strengthen the medium-and long-range precision strike forces, enhance strategic balance, and strive to build a strong and modernized rocket army.

The white paper also directly responds to part of the 2019 Report on Military and Security Developments Involving the People’s Republic of China released by the U.S. Department of Defense in May this year, which focuses on the development of the Chinese navy and the deployment of China’s military forces in the Taiwan Strait and the South China Sea. In response, Wu Qian, the spokesman of the Ministry of National Defense stated: “Like the similar reports by U.S. government in the past, this report made a lot of false and negative comments about China’s defense policy, deliberately distorted China’s strategic intentions and wantonly spread the ‘China Threat’ argument. The Chinese government firmly opposes the aforementioned contents. “ 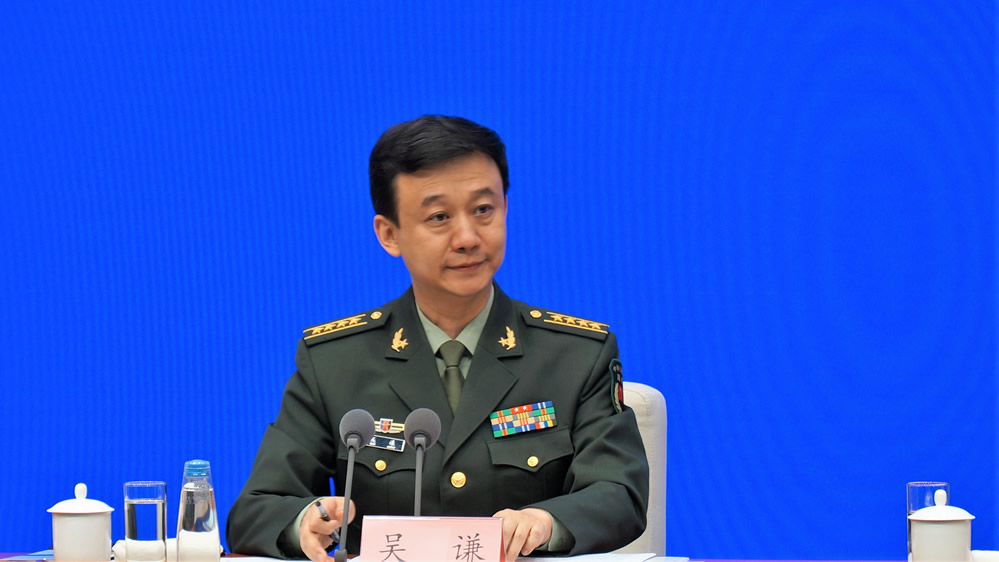 The contents of this white paper have also fully proved that China adheres to the road of peaceful development and pursues a national defense policy that is defensive in nature. The white paper emphasizes that: “China will resolutely safeguard the national sovereignty, security and development interests. It will never seek hegemony, nor will it engage in military expansion and increase the sphere of influence. Instead, it will implement the strategic military policy of the new era, strengthen the armed forces along the road with Chinese characteristics, and serve to build a community of shared future for mankind.”

According to Asia Economy’s online article issued on July 24, 2019 in South Korea, this white paper on national defense emphasizes that China’s national defense development is not for seeking hegemony, but for safeguarding the national sovereignty and interests, therefore, this is a defensive force.

The white paper on national defense comprehensively introduces the situation after the restructuring and reform of China’s military system. It also makes the military construction more transparent and more recognized by the world. In addition, it lists the details of defense expenditure in recent years, as well as the PLA’s main equipment and other relevant facts and data concerned by the foreign media. The Chinese army is an important force in maintaining world peace, stability, development, and progress, and the PLA will dedicate selflessly to the peace of mankind.

Major general of the people’s liberation army, former deputy director of Education, the National Defense University of the People’s Liberation Army
Steady Progress of China’s Blue Ocean Naval Dream
The US Use of White Phosphorus Bombs Is an Open Violation of International Law
The U.S. Arms Trade Sanction on China Is No More Than an Illusion
What Have Been Tested？- China’s First domestically-built Aircraft Carrier Set Out for Sea Trials
Use Wechat scan the qrcode, then share to friend or feed.