White phosphorus bombs are prohibited under international law, especially in areas where it is possible that civilians could be injured. If we can confirm that coalition forces used white phosphorus bombs when attacking Syria, the United States must be held accountable.

The so-called “international coalition” led by the US has continued assaults on Syrian territories under the pretext of combating Daesh terrorists, bombing with white phosphorus in Deir-Ezzor in the southeastern countryside, which is in violation of the Geneva “Convention on Certain Conventional Weapons”, Syrian Arab News Agency reported on Saturday. 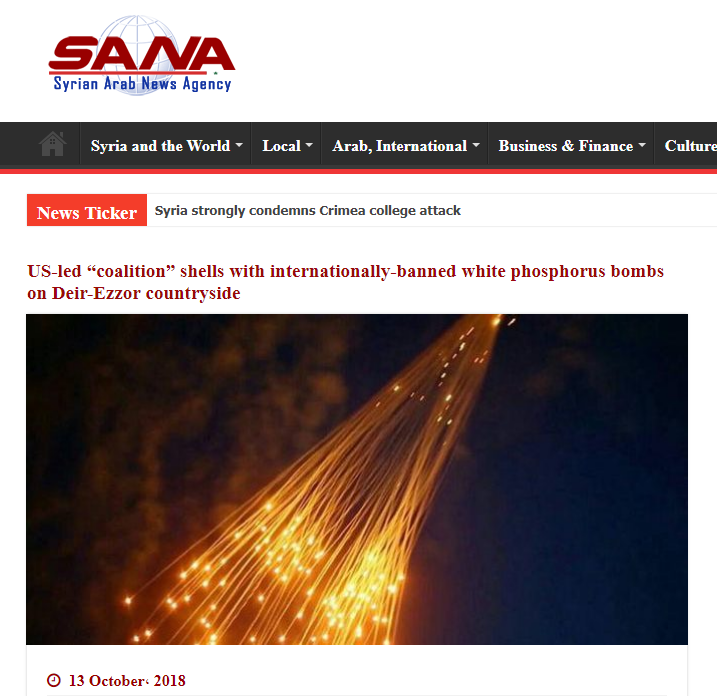 Prohibiting the Use of “Specific Weapons” Is a Moral Issue

The Convention and its annexed Protocols were adopted by the United Nations Conference on Prohibitions or Restrictions of the Use of Certain Conventional Weapons Which May Be Deemed Excessively Injurious or to Have Indiscriminate Effects, held in Geneva from September 10-28, 1979 and from September 15-October 10, 1980.

The Convention restricts the use of weapons such as incendiary weapons, landmines and booby-traps, laser-blind weapons and the removal of explosive remnants of war and debris that cannot be detected by X-rays in the human body.

The white phosphorus bomb is an attack-type burning weapon that takes the form of white phosphorus grenades, shells, bombs and other devices. White phosphorus takes advantage of spontaneous combustion in the air and is highly toxic, exerting a huge hazard on human life. The white phosphorus bomb is an extremely dangerous and horrifying incendiary bomb, which is difficult to remove from the skin on time. It has a high burning temperature and can burn to the bone. Meanwhile, the generated smoke is extremely irritating to the eyes and noses. White phosphorus is a highly toxic substance. A poisonous dose for humans is 15 mg and a lethal dose is 50 mg. Severe gastrointestinal irritation and corrosion symptoms occur quickly after ingesting white phosphorus. A large intake can cause systemic bleeding, hematemesis, blood in stool and circulatory failure, leading to death. If the patient can survive temporarily, he or she may die slowly due to liver, kidney and cardiovascular dysfunction. When more than 7% of a person’s skin is burned by phosphorus, it can cause severe acute hemolytic anemia, and even death due to acute renal failure. Long-term inhalation of phosphorus can bring about bronchitis, pneumonia and severe bone damage. The so-called ‘international coalition’ led by the US continues its assaults on the Syrian territories under the pretext of combating Daesh terrorists, using white phosphorus bombs in Deir-Ezzor in the southeastern countryside. This is a severe violation of the Geneva Convention on ‘Certain Conventional Weapons’, causing huge hazard and hidden dangers to civilians. 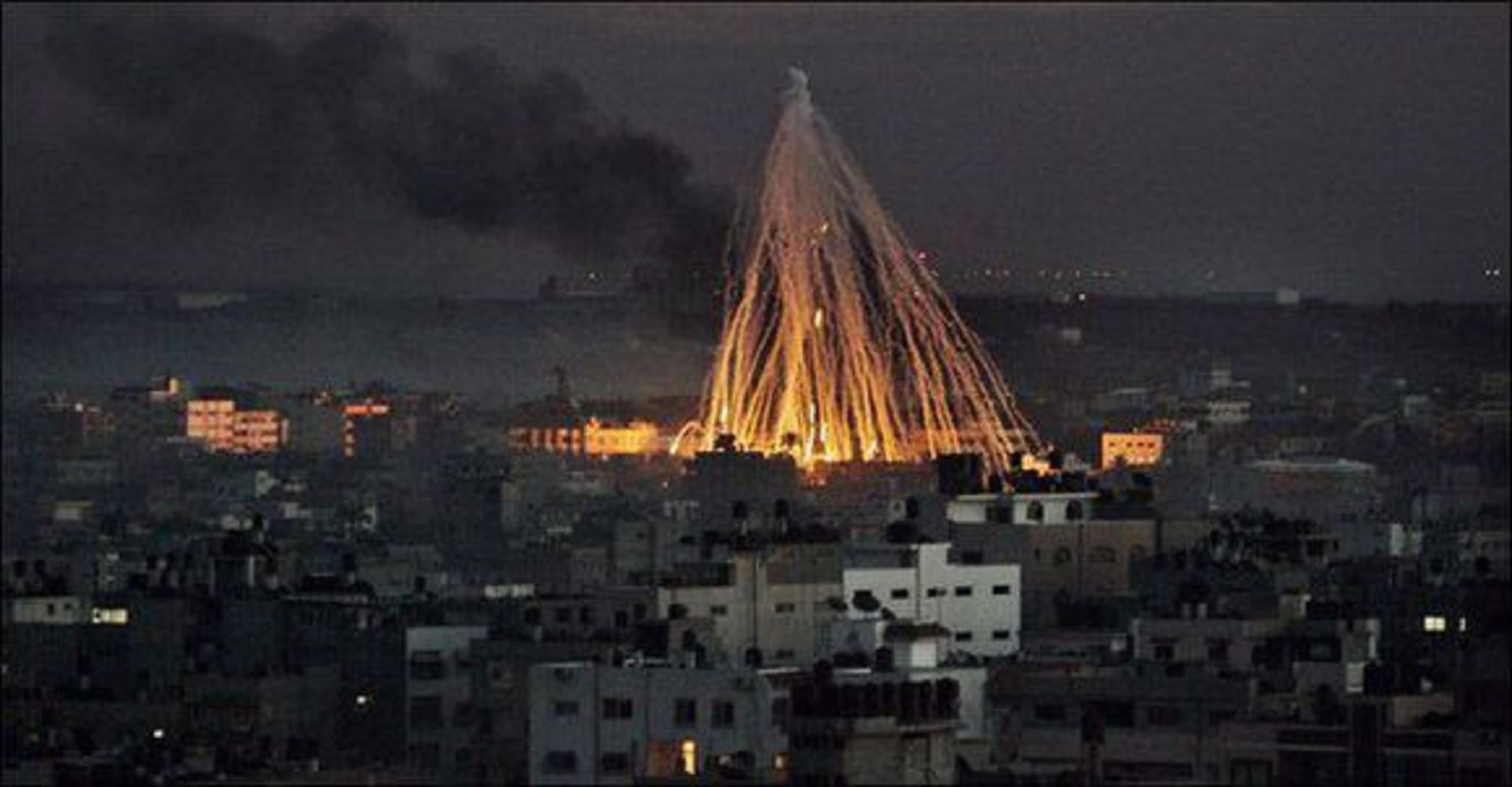 White phosphorus bombs are prohibited under international law, especially in areas where it is possible that civilians could be injured. If we can confirm that coalition forces used white phosphorus bombs when attacking Syria, the United States must be held accountable. Therefore, it is necessary to investigate the matter, said Russian Federal Council Defense and Security Committee Vice-Chairman Alexei Kandraziev.

During the second Lebanon-Israel War, the Israel Defense Forces used white phosphorus bombs against Hezbollah in Lebanon. In the war against Syria, the spokesman for the Pentagon of the United States said that coalition forces would not comment on the specific weapons and ammunition they use in military operations.

Since Israel used white phosphorus weapons against Gaza in 2009, the official spokesman for Israel responded by saying, “We used legal weapons as the French, American and British forces do under international law.” It is not difficult to see through the so-called humanitarian spirit of the West. Some large countries in the West have not yet joined the Convention on Certain Conventional Weapons.

Major general of the people’s liberation army, former deputy director of Education, the National Defense University of the People’s Liberation Army
The White Paper on China’s National Defense Has Been Released, What’s New?
Steady Progress of China’s Blue Ocean Naval Dream
The U.S. Arms Trade Sanction on China Is No More Than an Illusion
What Have Been Tested？- China’s First domestically-built Aircraft Carrier Set Out for Sea Trials
Use Wechat scan the qrcode, then share to friend or feed.