The Riots in Hong Kong Must Be Quenched

Hong Kong is faced with the most challenging situation since the Hong Kong Handover in 1997.

The chaos in Hong Kong is an unexpected event for most people. For the past two months, the protests that happened in Hong Kong have evolved into extreme violence, and its destructiveness has been aggravated and social influence has been increasingly wide spread，even morphing into signs of terrorism. Hence, Hong Kong is faced with the most challenging situation since the Hong Kong Handover in 1997.

The Fuse of Extreme Violence

The trigger cause of this turmoil is that a young man from Hong Kong killed his girlfriend in Taiwan and sneaked back to Hong Kong without facing the charges of murder. To this end, the Hong Kong Special Administrative Region Government has promoted the revision of the Fugitive Offenders and Mutual Legal Assistance in Criminal Matters Legislation (Amendment) Bill 2019 to punish murderers and block these legal loopholes. However, the “anti-China, embroiling-Hong Kong” forces have arbitrarily distorted and smeared the “One Country, Two Systems” and provoked social opposition. They promoted a reasonable and common local law revision into large-scale protests. Under the instigation of these embroiling forces, the protests have completely deteriorated: some people took the opportunity to block and destroy the subway, obstructing the citizens from going to work; some people held a rally at the Hong Kong international airport， attacking the passengers and caused the airport paralyzed; some rioter set fires in the streets, attacking innocent old people, harassing the residential areas, and wrapping the masses together to go to the streets to make trouble; some thugs went so far as to use deadly methods, such as bows and arrows, laser pen irradiation, molotov bottle, even large caliber gun to attack the police.

Yesterday, Global Times reporter Fu Guohao was illegally seized and brutally assaulted by rioters at the Hong Kong International Airport, and were rescued by Hong Kong police just 12 hours ago. And this happened just because rioters searched Fu’s bag and found a T-shirt with a banner saying, “I love Hong Kong Police”. These acts have caused serious harm to the lives and properties of Hong Kong police officers and the general public. Some thugs’ also defiled the national emblem and threw the national flag into the sea, which openly opposes the People’s Republic of China, offends the dignity of the country and nation. There are various indications that this event is a “color revolution,” which is premeditated and organized, opposing China and Chinese Central Government, and attempting to turn Hong Kong into an awful mess.

Who wants to make Hong Kong a “heaven for fugitives”? Who wants to create chaos in Hong Kong? The Hong Kong and Macao Affairs Office of the State Council believes that during the current chaos in Hong Kong, those standing at the forefront are some of the radical violent personnel, while those behind-the-scenes are the “anti-China, embroiling Hong Kong” forces inside and outside Hong Kong. In summary, there are forces from the following three sources:

First, the “Hong Kong independence” supporters and some interest groups in Hong Kong. They ignored the fact that the transferred criminals under the draft did not involve acts of journalism, speech, academics, publications, etc. They argued that the Chinese mainland could extradite political prisoners from Hong Kong in accordance with the new Fugitive Offenders Legislation in the future, thereby combating freedom of speech in Hong Kong. From their “five major demands”, we can discover that the purposes are not only to fight against the “amendment”, but to combat the authority and prestige of China’s central government and the SAR government by introducing external powers and coercing public opinion, and to seize political and economic rights, which are “above the law and morality”. Asking Carrie Lam Cheng Yuet-ngor to “take the blame and resign” clearly reifies that some interest groups fear and oppose “One Country, Two Systems”, in a vain attempt to get rid of the governing Chinese Central Government.

Second, the United States and other external anti-China forces. Since the inception of the amendment, Mike Pence, U.S. Vice President, Mike Pompeo, Secretary of State, John R. Bolton, National Security Advisor, Nancy Pelosi, Speaker of the United States House of Representatives, and other high-ranking officials have met with Hong Kong opposition figures respectively, cheering them up and guiding the chess. The Consulate General of the United States and CIA have used the same script of the “color revolution” in the Middle East and North Africa to train the embroiling Hong Kong forces how to use social media to incite public opinion and instigate protests, and how to provoke and crack down the police, and even directly payed for those on the front line, providing them with refreshing oils that contain stimulants such as marijuana. On the afternoon of August 6, some citizens photographed Joshua Wong, the head of the “Hong Kong independence” organization, and others meeting with Julie Eadeh, the political unit chief of the U.S. Consulate General in Hong Kong, and Joshua Wong has admitted that their conversations included attempts to sanction Hong Kong’s human rights and democracy bills. On the escalation of the China-U.S. trade war, the United States has taken the opportunity to create troubles in Hong Kong: on one hand, trying to worsen China’s investment and financing environment by creating chaos in Hong Kong, and weakening China’s import and export trade, on the other hand, trying to cultivate more political agents and economic compradors. UK also supported Hong Kong thugs by all means, UK’s foreign Secretary Dominic Raab even tried to use this situation to pressured Hong Kong chief executive Carrie lam. 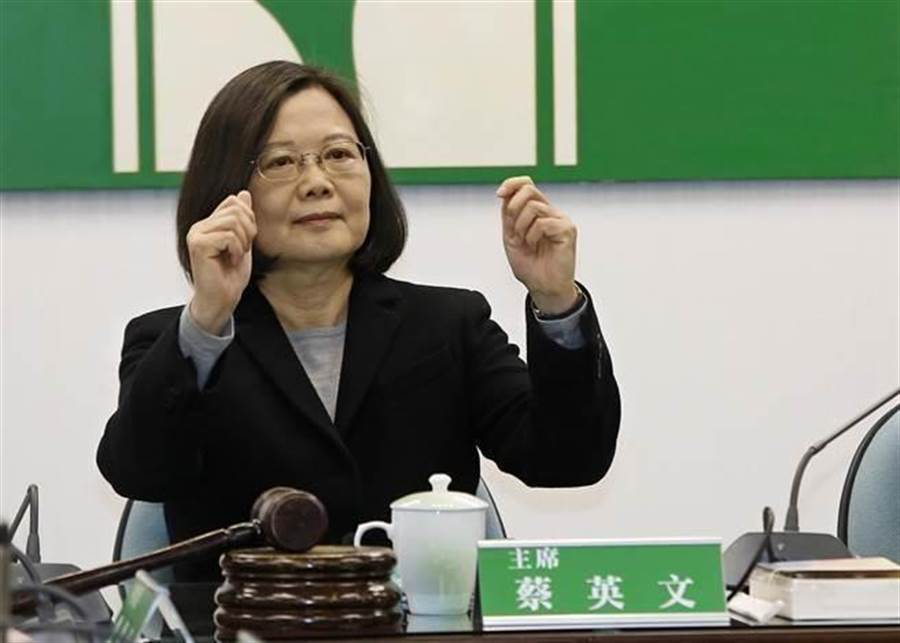 Third, DPP authorities of Taiwan. The DPP authorities have always been discrediting “One Country, Two Systems” as a “magic weapon” for encouraging the “rejection of the reunification” and raising public support. During the anti-amendment event in Hong Kong, Taiwan’s intelligence agencies in Hong Kong have contributed money and persons to enlarge the chaotic situation, and the Pan-Green media have taken the opportunity to discredit the practice of the “One Country, Two Systems” in Hong Kong. Tsai Ing-Wen even threw an olive branch to the “Hong Kong independence” supporters and openly accepted some suspected rioters who fled to Taiwan. Tung Chee-hwa, Former Chief Executive of Hong Kong, bluntly said that there are various indications that the promoters behind the Hong Kong issues are correlated to Taiwan. In addition, polls in Taiwan also revealed that after the Hong Kong protests on June 9, Tsai Ing-wen’s support rate soared.

The protests and violence have lasted more than two months, , have seriously impacted Hong Kong’s economy and the people’s livelihood. According to the statistics of the SAR Government, Hong Kong’s economic indicators fell across the board in the first six months of this year, and its economy is facing significant downward pressure. Altogether 18 countries and regions have issued travel safety reminders to Hong Kong. Under the present situation, Chinese Mainland tourists visiting Hong Kong have recently significantly reduced, and Hong Kong’s merchant sales and hotel occupancy rates have sharply fallen. What concerns Hong Kong society most is that the illegal and violence actions could damage Hong Kong’s reputation, hardly repairable over time. International investors are worried about Hong Kong’s public security and business environment, wherein some international agencies have warned that Hong Kong’s investment rating may be lowered. 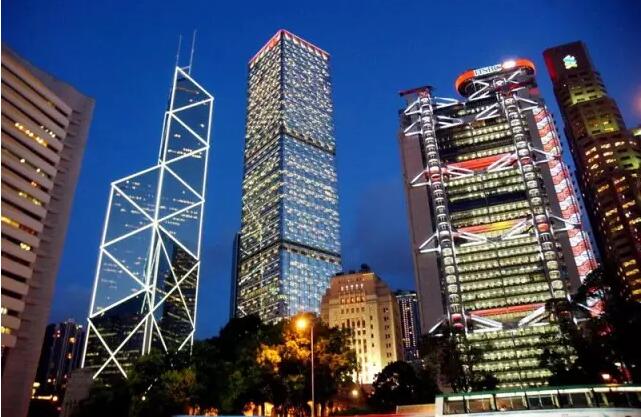 Hong Kong has fought hard for its prosperity and stability, as well as the status of the international financial, trade and shipping centers. As for the chaos in Hong Kong, there are no winners other than the external forces and very few speculators. In the face of the tough situation, the most urgent and overriding task of Hong Kong is to stop the violence, restore order, and prevent itself from slipping into a deeper abyss. However, the tree may prefer calmness, but the wind would not subside. Taken the airport dismiss as a token, Hong Kong rioters become more and more violent. Some “Hong Kong independence” forces are threatening to plan to launch a large-scale “September Strike” campaign, and even to make things “bigger” before and after the National Day, the United States and the DPP authorities will not let this go easily, they will trying to stir up troubles and attempt to take advantage of the chaos. In this regard, China’s central government and the Hong Kong SAR government have been working together, and taking multiple measures to control the situation.

The Ministry of Foreign Affairs of the People’s Republic of China has urged the United States to keep away from the violent extremists and immediately stop interfering in Hong Kong affairs and China’s internal affairs for days. A spokesperson for the Taiwan Affairs Office of the State Council warned the DPP and the Taiwan authorities to immediately stop the vicious interference into the current situation in Hong Kong; otherwise, they would become the victim of their own evil deeds. The Hong Kong police also enhanced the enforcement efforts and arrested more than 100 radical demonstrators who assaulted the police, carried offensive weapons and assembled illegally in the past few days. More and more Hong Kong citizens and tourists have also recognized clearly who is undermining the prosperity and stability of Hong Kong and dared to say “no” to rioters and illegal demonstrations. At present, a large number of armed police forces are assembled to take exercises in Shenzhen. It is a necessary measure to prevent accidents and the most solemn warning from the Central Government on the chaotic forces in Hong Kong.

If they still act arbitrarily and take their own course to push Hong Kong into a situation out of control, the Central Government of China, in accordance with the Basic Law of the Hong Kong Special Administrative Region of the People’s Republic of China and the Counterterrorism Law of the People’s Republic of China and other relevant laws and regulations, shall resort to powerful means to quickly quell all kinds of unrest that may occur. On the occasion, all rioters and heads of chaotic forces will be punished thoroughly through more severe penalties.

Yang Shengyun, researcher of Global Strategy Think Tank
South China Sea Issue will not Impede China-Philippine Relations
China and ASEAN Conduct Joint Military Exercises to Safeguard Peace in the South China Sea
Sino-Philippine Relationship Takes a Turn for the Better
China in Offshore Waters will not Tolerate Provocations from any Western Country
Use Wechat scan the qrcode, then share to friend or feed.