The Story of Qu Yuan and Duan Wu: The Origin of Dragon Boat Festival

Dragon Boat Festival is a unique holiday in China and other Asian countries thanks to its rich traditions and story, having not been hijacked as others have by commercialisation and profit-making.

On June 25, in China and Chinese communities across the world, people will observe Dragon Boat Festival (Duanwu Festival)—a holiday steeped in thousands of years of culture, myth and legend. 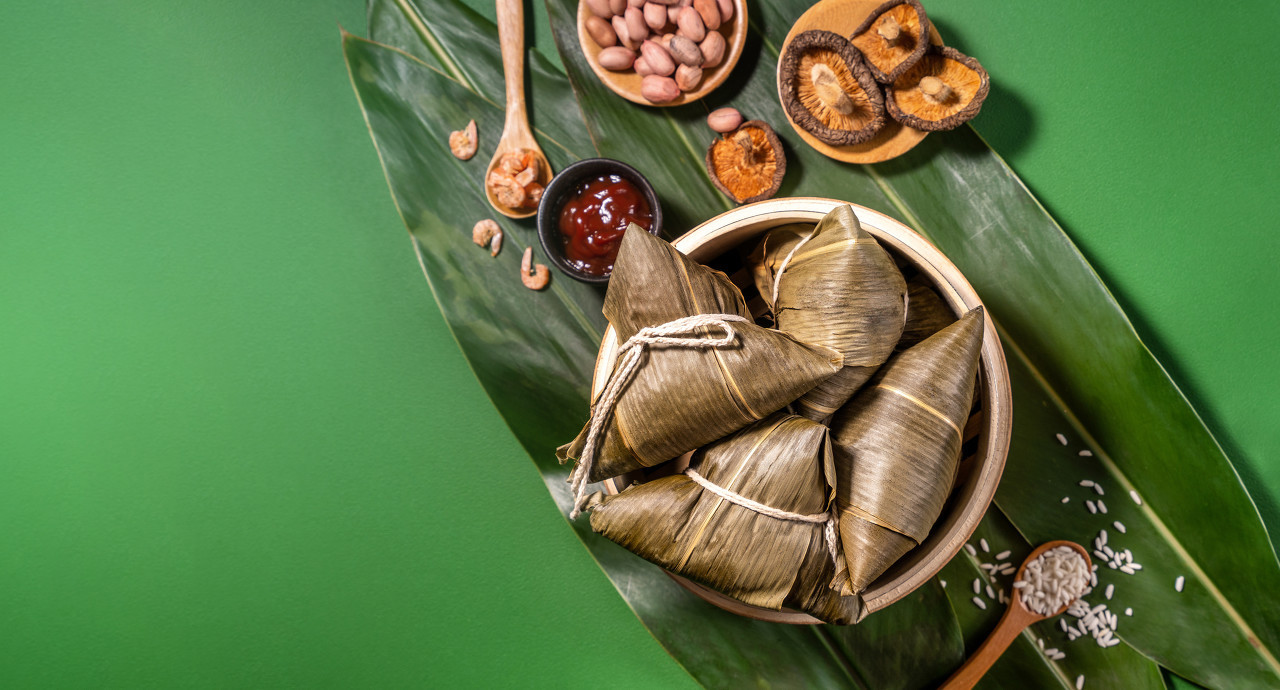 It has become one of the country’s most popular and depicted holidays, famous for its colourful dragon boat races, distinctive sticky-rice dumplings (zongzi) and uplifting message.

Origins mixed in history and superstition

The origins of the holiday, like most Chinese festivals, are shrouded in folklore, but there are two main stories that are believed to have inspired the holiday.

The first relates to the ancient Chinese Lunar calendar and the fifth lunar month, when Dragon Boat Festival occurs. Unlike others, the fifth lunar month is considered very unlucky, occurring during the blazing summer months and at a time when China’s five poisonous animals: snakes, scorpions, centipedes, spiders and toads, are awoken. The combination was seen as a deadly omen, bringing death and misery to villages and gave the month it’s hoodoo-ish reputation.

In an effort to rid themselves of this potential bad luck, families would fasten items to their door to help banish the evils away, such as a calamus, picked for its sword-like appearance, and pomegranate flowers, Chinese ixora and garlic.

While the message of the fifth lunar month continues to be told, the most popular and captivating story is that of Chinese poet and patriot Qu Yuan. Qu served in the court of King Huai of Chu State during the Warring States Period between 475 and 221 BC—a time in Ancient China when seven states did battle for dominance. 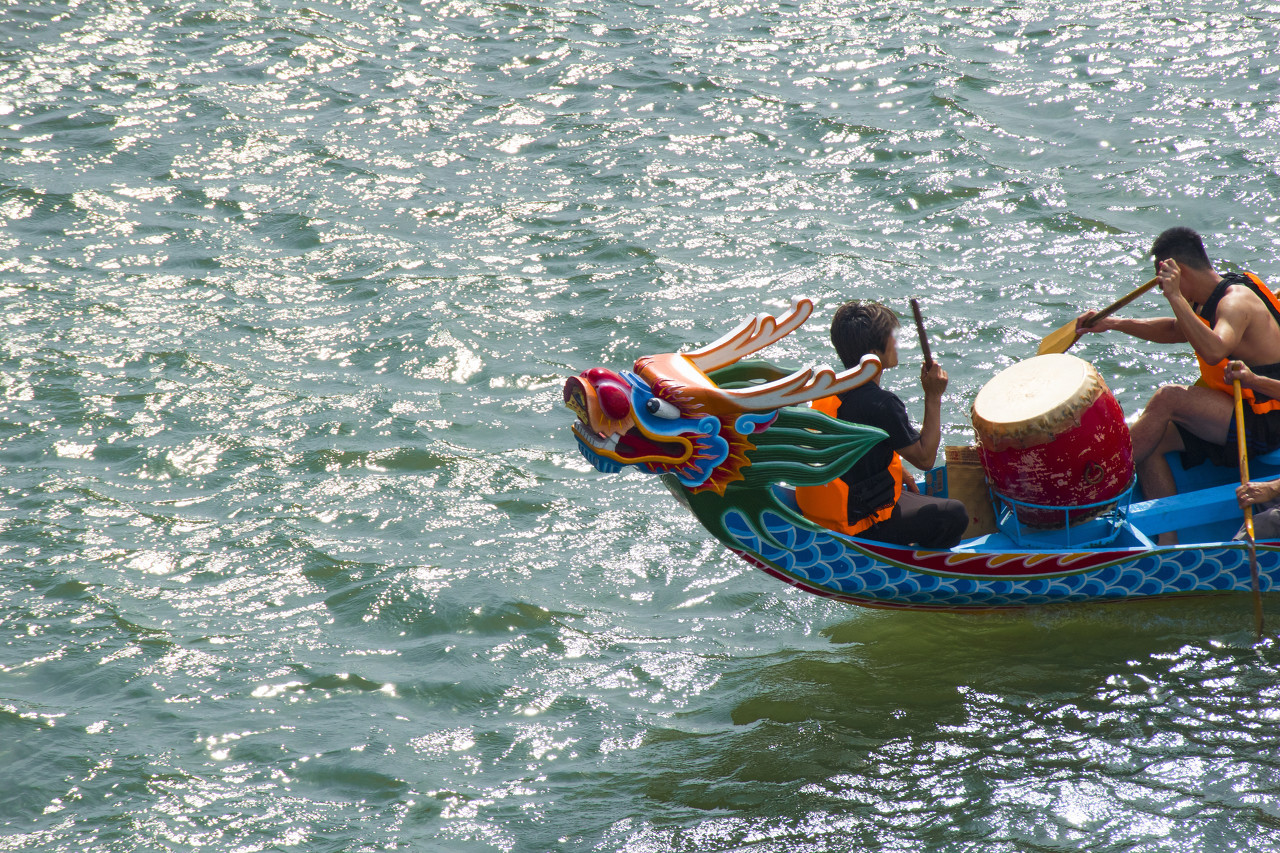 Qu was reportedly a wise and honest man, whose intelligence and integrity made him a key member of King Huai’s court. Qu however fell afoul of the ruler, although the reason behind this is still unknown. One theory is Qu’s stance against corruption made him an enemy to other officials in the king’s court and they turned on him, while others accused that he disagreed with the king’s decision to join an alliance with Qin State—a powerful state located west of Chu. Either way, Qu’s actions saw him ostracised by the court and accused of treason by the king. He was banished from Chu and told never to return again.

During his exile, Qu travelled extensively across ancient China, teaching and writing about his ideas. The Lament (Li Sao), the Nine Chapters (Jiu Zhang), and Questions for Heaven (Wen Tian) were written by Qu during this time, documenting the pain he felt of abandoning his homeland, and are today considered masterpieces in understanding ancient Chinese culture.

Years later and still in exile, Qu learned of his state’s gradual decline and disastrous military defeat to the Qin State, who would ultimately go on to unite the whole of ancient China. Such was Qu’s despair at this defeat, he flung himself into the Miluo River as punishment for his guilt, never to return to the surface again.

Legend has it that news of his drowning reached villagers in the area, and people were deeply dismayed by his actions. They therefore rallied to his rescue, with fishermen racing to the river in their boats to search for his body. Despite their unsuccessful attempts to find it, people threw sticky rice dumplings—known as zongzi—as well as eggs and other food into the river to feed the fish so they wouldn’t eat his body as a sign of respect for a man they deeply revered.

A celebration on land and sea

These stories to this this day guide and influence the celebration of Dragon Boat Festival, and despite its bleak nature (people rarely wish each other a happy Dragon Boat Festival out of respect for Qu’s death), it is a holiday filled with warmth and family.

One of the most famous customs followed is the Dragon Boat race—where teams gather in long canoe-like boats and race in tribute to the villagers who attempted to rescue Qu Yuan. The races are most keenly observed in the south of China, with the most famous taking place in Hong Kong, Macao, Hangzhou, Suzhou as well as Zigui in Hubei province, the home town of Qu. These races now take place all over the world, with cities in the UK, Canada, the US and the United Arab Emirates all partaking in this colourful tradition, although the onset of COVID-19 has put a stop to many displays this year.

As with all the best Chinese holidays, food plays an integral part in the celebration. Zongzi is eaten during Dragon Boat Festival in remembrance of the villagers who threw them in the Miluo River thousands of years ago, and while their flavour differs depending where in China they are made, all contain glutenous rice and are wrapped in luscious bamboo leaves. In the north of China, the triangle-shaped parcels are sweater, with traditional fillings like dates and dried fruit added to give them more flavour, while zongzi in the south are more savoury, with fillings such as salted-egg yolk and meat.

Though traditional zongzi were once a family operation, assembled in kitchens across China in preparation for the big day, Chinese and international companies have looked to put their own modern twist on a cultural classic by adding bold and exciting flavours. Lays, the American crisps manufacturer, has this year introduced a zongzi-inspired flavoured snack in preparation for the day, while coffee giant Starbucks has introduced five iced zongzi treats including cheese and salted-egg yolk, lime and white tea, peach, coffee and cranberry and yoghurt.

KFC has also looked to attract customers with its own take on the Chinese snack, while Starfield, a Chinese artificial meat producer has teamed up with ZuLaoDa, one of the most iconic zongzi producers in China, to create a meat-like zongzi that even vegetarians and vegans can enjoy. 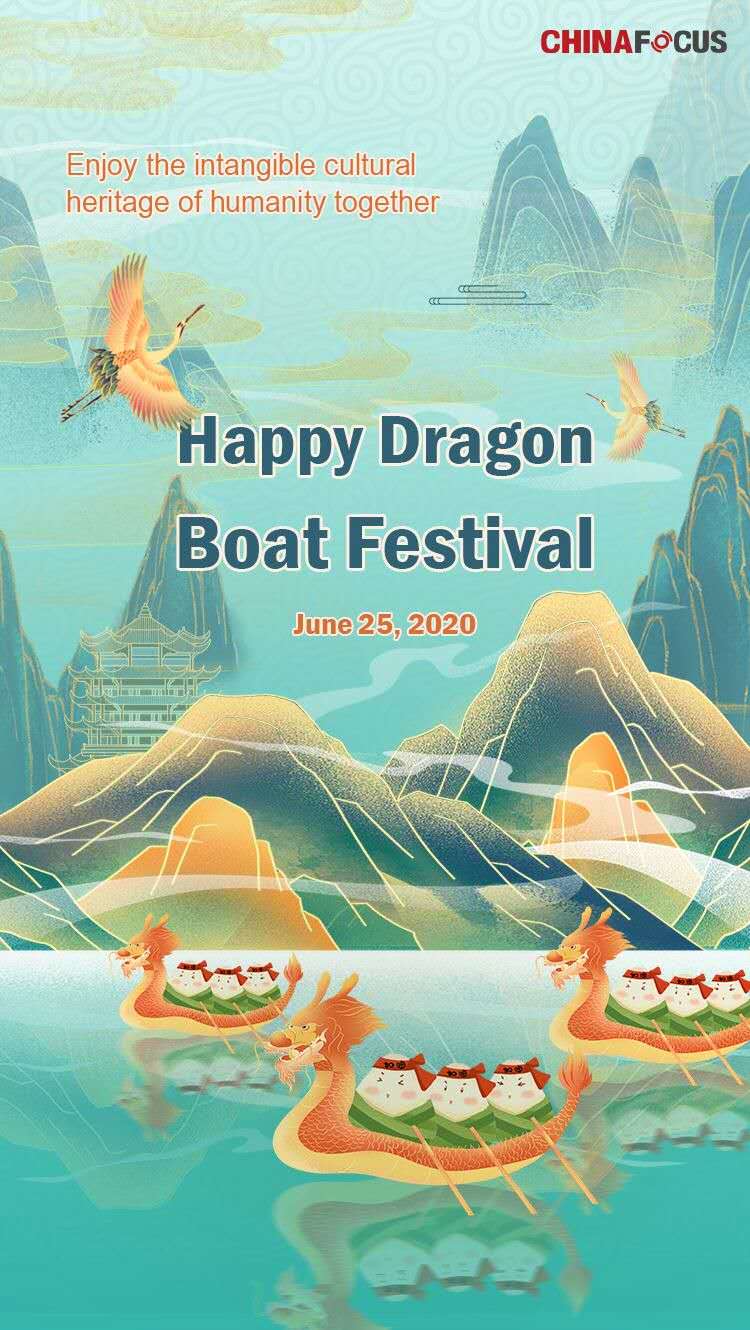 Not a commercial holiday

Dragon Boat Festival is a unique holiday in China and other Asian countries thanks to its rich traditions and story. It also stands out as a holiday that continues to be celebrated with a level of authenticity and respect that few others can acclaim to, having not been hijacked as others have by commercialisation and profit-making.

Built on the solemn but inspirational foundations of Qu Yuan’s story that teaches pride and devotion to one’s family and homeland, it is a holiday that continues to resonate with old and young alike.