World Bank President Change May Have an Adverse Effect on China

Against the backdrop of intensified competition between China and the U.S., the new World Bank president is very likely to take a tougher attitude toward China. Meanwhile, China needs to be prepared for this outcome.

World Bank President Jim Yong Kim stepped down on February 1, after his abrupt announcement of resignation on January 7, more than three years before his term was scheduled to end in 2022. Kim’s differences with U.S. President Donald Trump’s administration regarding policies may have been important reasons for his decision.

Nomination for a new World Bank head kicks off on February 7 and will last until March 14. Although the president is always a U.S. citizen nominated by the United States, countries will undoubtedly launch maneuvers surrounding the selection of the new president and World Bank reform during this process. Moreover, the change of leadership at the World Bank is likely to have a big impact on China’s interests.

Born in Seoul, Republic of Korea, Kim immigrated to the United States with his family when he was very young and is a naturalized U.S. citizen. Before becoming the 12th World Bank President in 2012, Kim was a doctor and anthropologist who once managed programs to fight tuberculosis and AIDS in some of the poorest areas of the world. Kim plans to work for a private equity firm based in New York focusing on infrastructure investment in developing countries after his resignation.

As the first president born in Asia since the establishment of the World Bank in 1945, Kim broke the tradition that the World Bank presidency had to be held by government officials or members of the financial community. It was former U.S. President Barack Obama who nominated Kim, and by so doing, made overtures to emerging economies on the one hand and safeguarded the U.S. monopoly of the presidency on the other.

Kim’s unexpected resignation is believed to be due to his differences with Trump on climate change and foreign aid since World Bank priorities have consistently been at odds with the Trump administration.

During his tenure, Kim promoted a financing plan for green energy and slashed investment and support for coal power. In December 2018, the World Bank announced that investment to fight climate change would be increased to $200 billion from 2021 to 2025.

However, Trump has made revitalizing the U.S. coal industry one of his priorities, announcing U.S. withdrawal from the Paris Agreement after becoming president in 2017. Moreover, Trump’s administration deems that the World Bank should not continue offering large-scale loans to middle-income countries such as China, which Kim did not agree with.

In short, Trump hoped his country—the largest funder of this international organization—could continue to play a decisive role in the World Bank. But the deepening disagreement led to Kim’s early departure. 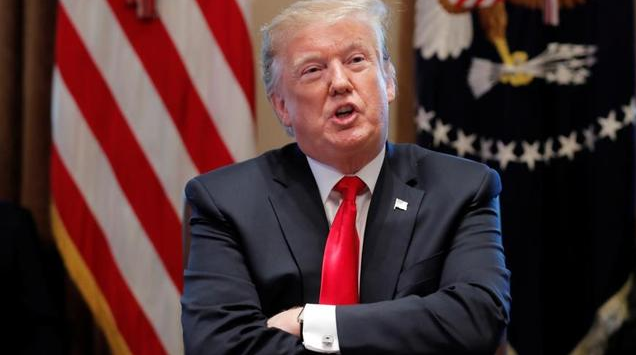 Due to Kim’s resignation, it has become urgent to find a successor before the Spring Meeting of the World Bank in April. The Board of Executive Directors of the World Bank is controlled by Western countries led by the United States and has the final say on the confirmation of the new president. Like a joint-stock company, the World Bank’s major issues are voted on by member countries and their voting rights depend on the number of shares they hold. As the largest shareholder, the U.S. voting power accounts for 17.37 percent of the total. Since major decisions have to be approved by at least 85 percent of shareholders, the United States is the only member state that retains veto power. Thus, Trump will have a huge influence on the selection of the organization’s successor.

However, this practice has been facing challenges. In recent years, as the strength of emerging economies has increased, some countries that support a multilateral system have sought international institutional reforms to increase the voting rights of emerging economies and developing countries. Although developed countries transferred 3.13 percent of voting power to developing countries during the second round of World Bank reform in 2010, their dominant role has not fundamentally changed.

Since Trump took office, the United States has repeatedly withdrawn from international multilateral institutions and treaties, which has drawn multiple criticisms. It is very likely that emerging economies will disagree with the candidate nominated by the United States as they are skeptical of the Trump administration.

According to UK media, Kim’s resignation may spark a debate about whether to continue this outdated practice where the United States always gets to choose the World Bank president, considering Trump’s suspicions regarding multilateral organizations. It is clear that this policy is under increasing scrutiny.

The United States still dominates, at least for now, and most likely there will be a 13th U.S. citizen as head of the organization. However, the new president will face greater challenges than his predecessors in trying to achieve a balance between defending U.S. interests and pushing for reform inside the organization. Kim’s successor needs to act fairly in a tense geopolitical environment and implement major structural reform. The long-term stagnation of World Bank reform has caused heightened dissatisfaction among its members. 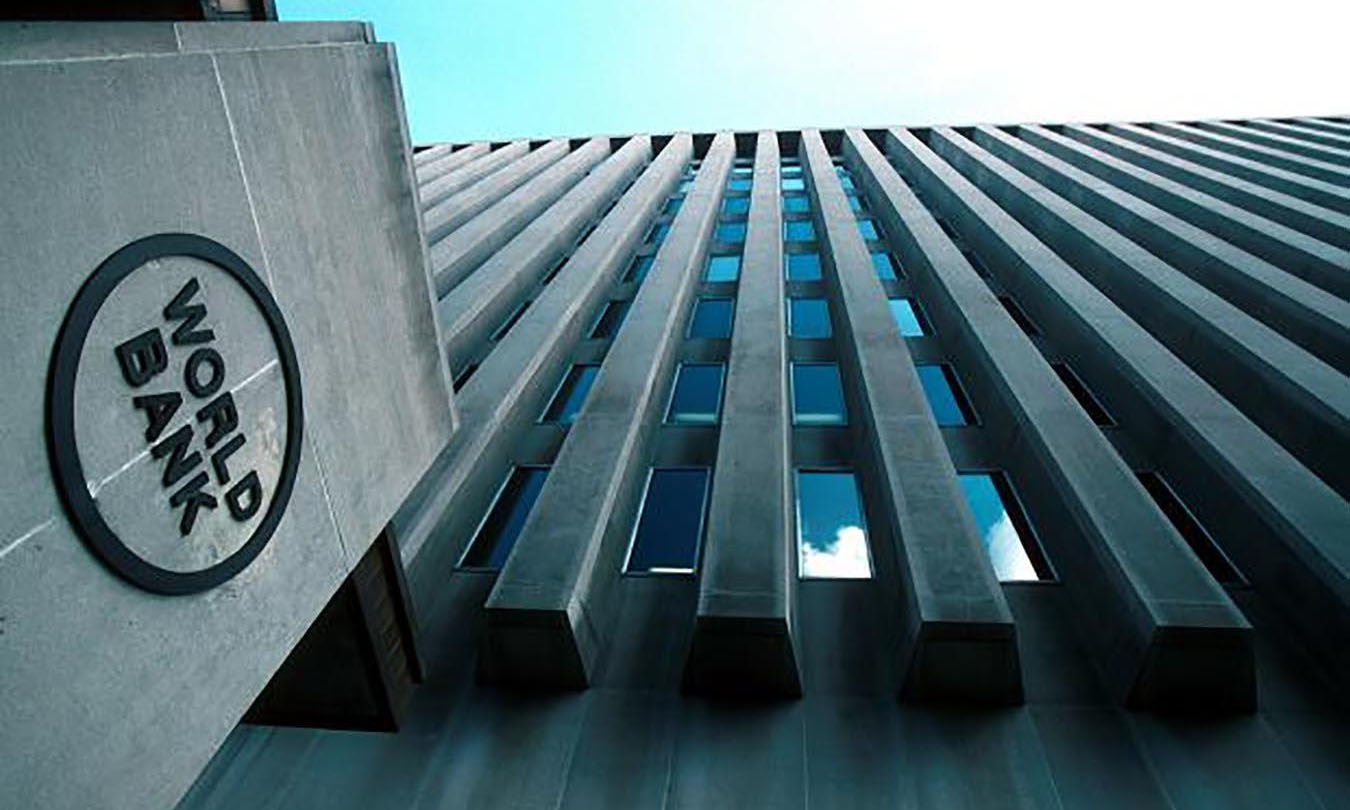 Since Kim’s early resignation offers Trump an opportunity to nominate his predecessor, the World Bank may become another big stick with which Trump can bash China. The U.S. could nominate a hardliner, which will undoubtedly be a challenge to China. Judging from Trump’s past removals and appointments of officials, making World Bank reform align more with his “America first” policy may be his principal consideration when nominating the World Bank head.

Kim visited China many times as president and was committed to promoting cooperation between China and the World Bank. He spoke highly of China’s support for multilateralism and globalization. Kim also praised China’s great achievements and its efforts and progress in poverty alleviation over the past four decades since adopting reform and opening up. He has reiterated time and again that the World Bank was willing to deepen cooperation with China under the framework of the Belt and Road Initiative.

Kim once revealed that the World Bank was conducting comprehensive assessments of the economic impact of the Belt and Road and cooperating with related Chinese institutions in setting standards for Belt and Road programs. However, with Kim’s departure, such cooperation will face greater uncertainty.

According to Japanese media, loans to China will again become a focus after the new president assumes office. The World Bank was involved in tensions between China and the United States when Kim was in office. As has been stated, U.S. officials pressured the World Bank to reduce loans to China and warned of China’s influence on the agency. As a result, the World Bank’s financing to China decreased by nearly 30 percent to $1.8 billion in 2018.

Currently, possible U.S. candidates are all hawkish, except for Indra Nooyi, the former CEO of PepsiCo, who is hard working with no clear political stance.

One of the potential candidates is Nikki Haley, former U.S. Ambassador to the United Nations and also a spokesperson for U.S. interests. She was tough and aggressive in her remarks and actions during her tenure at the UN.

Against the backdrop of intensified competition between China and the United States, the new World Bank president is very likely to take a tougher attitude toward China. Meanwhile, China needs to be prepared for this outcome.

You May Like
Is the U.S. Trying to Start a Currency War?
40 Years of China-U.S. Relations
A Glimmer of Hope for a Negotiated End of the Trade War
Outraged！China Releases White Paper Clarifying Facts on China-US Trade
Use Wechat scan the qrcode, then share to friend or feed.