Year-Ender: Why There’s Reason for Optimism in 2021

As the year of 2020 is going to be the past, all people should look forward to a better year to come.

2020 will undoubtedly go down as one of the most challenging years in history. From raging wildfires and social unrest, to crippling economic hardships and a raging global pandemic, few families, businesses or governments have escaped 2020 without having endured significant damage to their health, bank balance or reputation. For many people, heads are staying firmly under pillows until the clock strikes midnight and the end to this most annus horribilis of a year is finally over.

For those who are brave enough to endure these final moments of 2020, China Focus has found 5 reasons to be optimistic about the coming year ahead.

When a small outbreak from an unknown virus broke out at a seafood market in Wuhan in late 2019, few would have guessed that it’d have the potential to morph into a severe and devastating global pandemic.

But one year on, and upsettingly over 1.7 million deaths later, COVID-19 has become just that, with new strains of the virus continuing to devastate tens of thousands of people daily. But thanks to the diligence and dedication of the world’s scientific community, there appears the light at the end of the tunnel.

There are now a number of effective vaccines entering mass production, including from biopharmaceutical companies based in China (Sinovac), the United States (Pfizer, Moderna)，Germany (BioNTech) and the UK (AstraZeneca), which together will be able to manufacture sufficient doses for one-third of the world’s population by the end of 2021, according to science journal Nature.

This still leaves too many people – predominantly from developing countries – without access to a vaccine, and for whom next year will remain very much a challenge, delaying any global return to “normality”.  For the latter to occur, schemes like COVAX needto be supported greater, and richer countries must do more to ensure vaccines are evenly spread as a public good and not just sold to the highest bidder.

That being said, the very fact that the world’s scientific community were able to galvanise their resources so quickly and manufacture the impossible in such little time, is undoubtedly a reason for optimism that should carry us through the rest of the year. 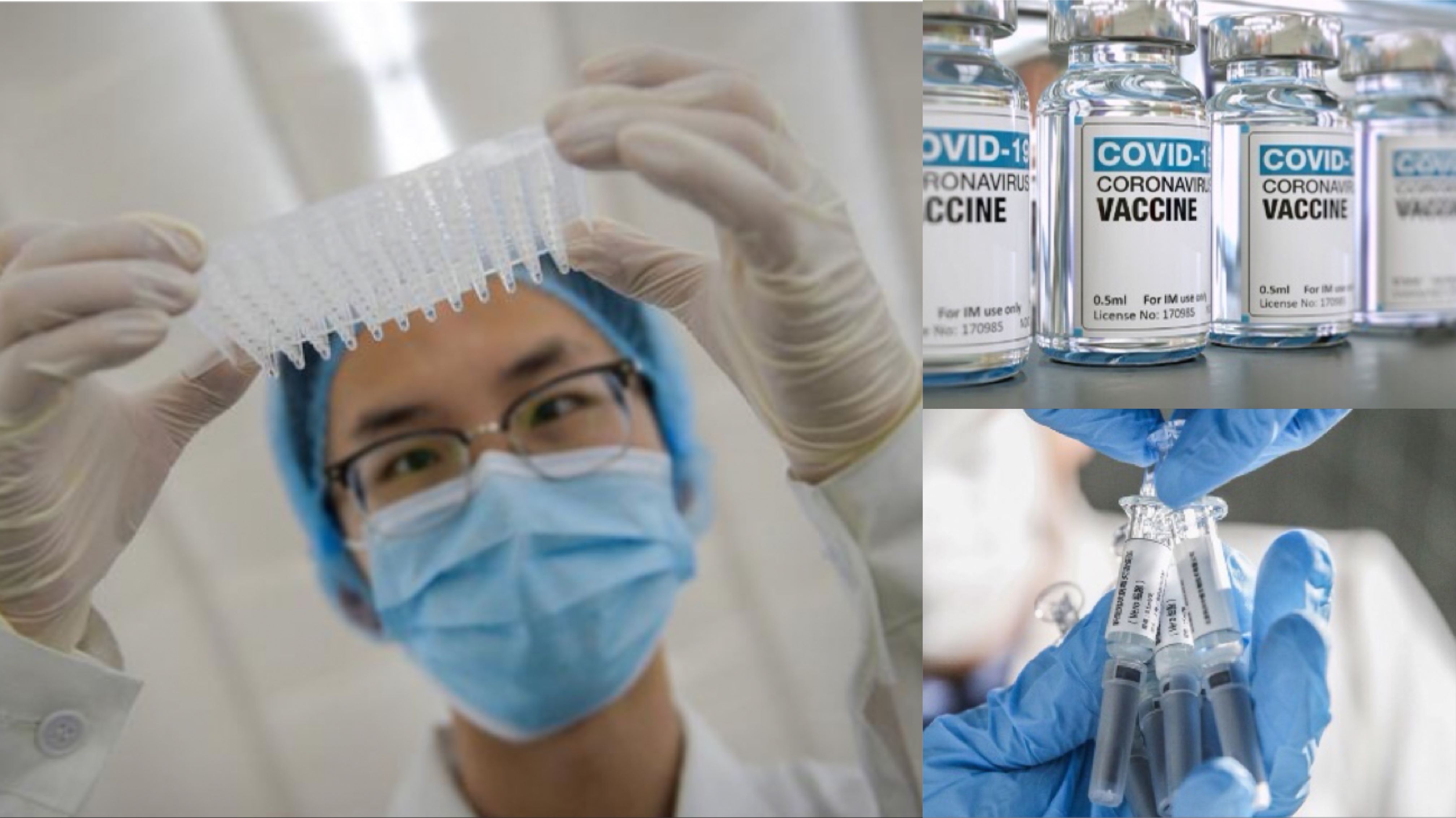 2020 saw some of the most devastating natural disasters to hit the world in recent years, with raging forest fires in Australia and the United States, harsh floods in China and Brazil, as well as earthquakes in Croatia, Turkey, Greece and Guatemala. But there were also some significant movements by countries to embrace the carbon-neutral future we need to ensure the earth’s temperature remains stable.

Historic commitments were made by countries including China, the UK, Japan, South Korea and Canada to become carbon neutral by a fixed timeline, making nearly all G7 countries and over half of all G20 countries now committed to net zero carbon. They are set to be joined by the European Union in early 2021, who will ratify a series of ambitious green targets, while incoming US president Joe Biden is expected to implement a robust set of green measures, including reinstating the US into the Paris Climate Agreement.

With world leaders expected to meet in Glasgow for COP26, the first COP to take place since Paris Agreement’s measures came into effect, many are optimistic that the summit will “review commitments and strengthen ambition”, as countries look to make environmental commitments a key part of their post-COVID recovery. 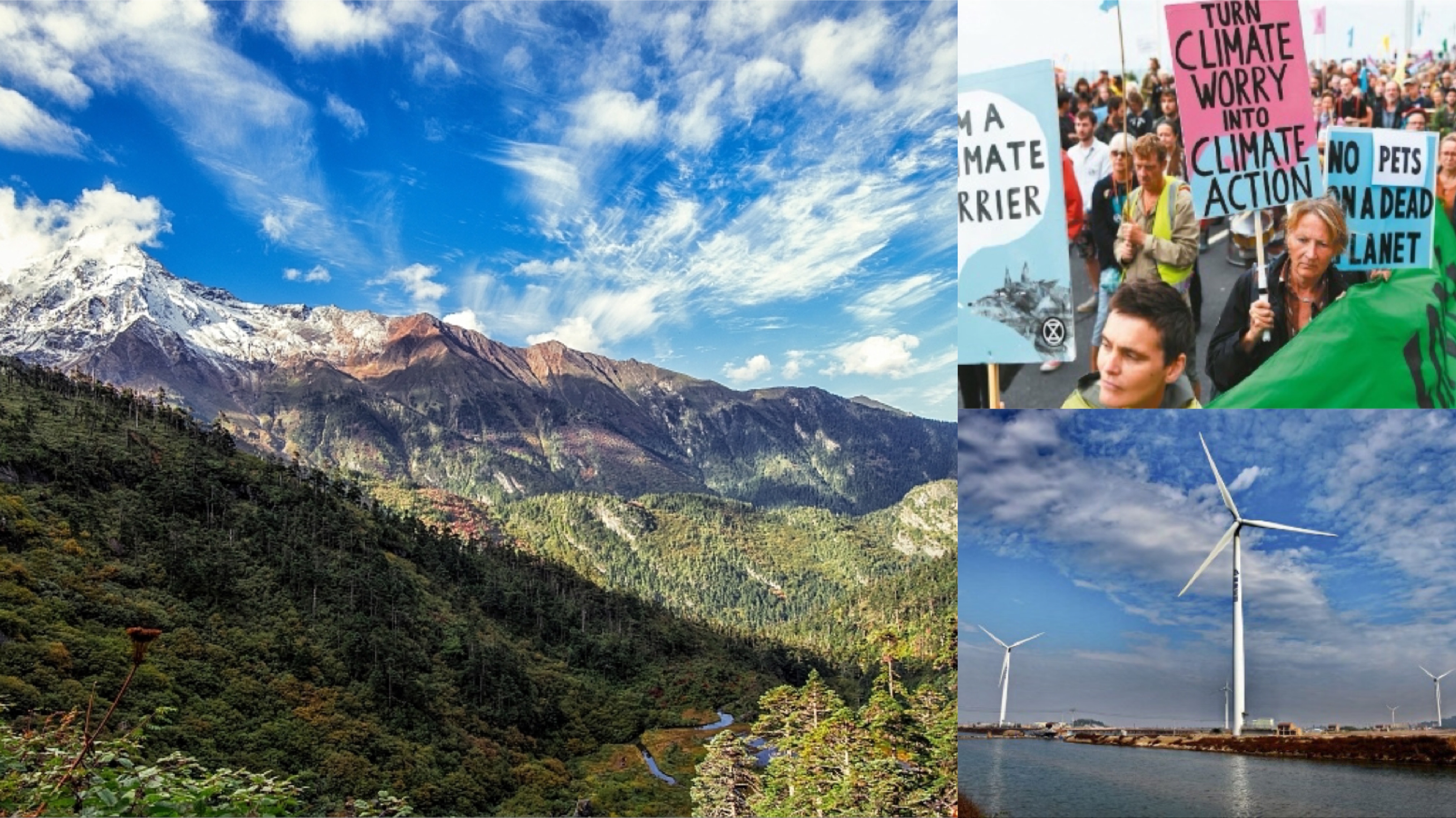 COVID-19 had an enormous impact on economic growth during 2020, contributing to the deepest global recession since the Second World War. But the recent rollout of coronavirus vaccines across the world have brightened the economic outlook somewhat, especially in the few countries where the virus is under control.

Leading European credit rating agency Fitch Ratings has recently revised up its latest 2021 global forecast to 5.3 percent (from 5.2 percent), and expects stronger growth through the second half of next year as more people are vaccinated. Leading this global recovery will be China, who Fitch Rating predicts will see a GDP increase of 8 percent in 2021 – nearly a third of the world’s entire economic recovery in 2021.

The country’s swift and decisive lockdown at the start of the pandemic has been credited for its quick economic recovery, with British think-tank the Centre for Economics and Business Research recently claiming the Chinese government’s “skilful management of the pandemic” had helped improve China’s economic performance.

According to data from Deloitte there is a definite correlation between the size of the damage done to a country’s GDP and the rate of infection/fatalities due to COVID-19. Therefore, if other countries can manage their current waves effectively, then it’s entirely possible a stronger second half performance in 2021 can be realised. 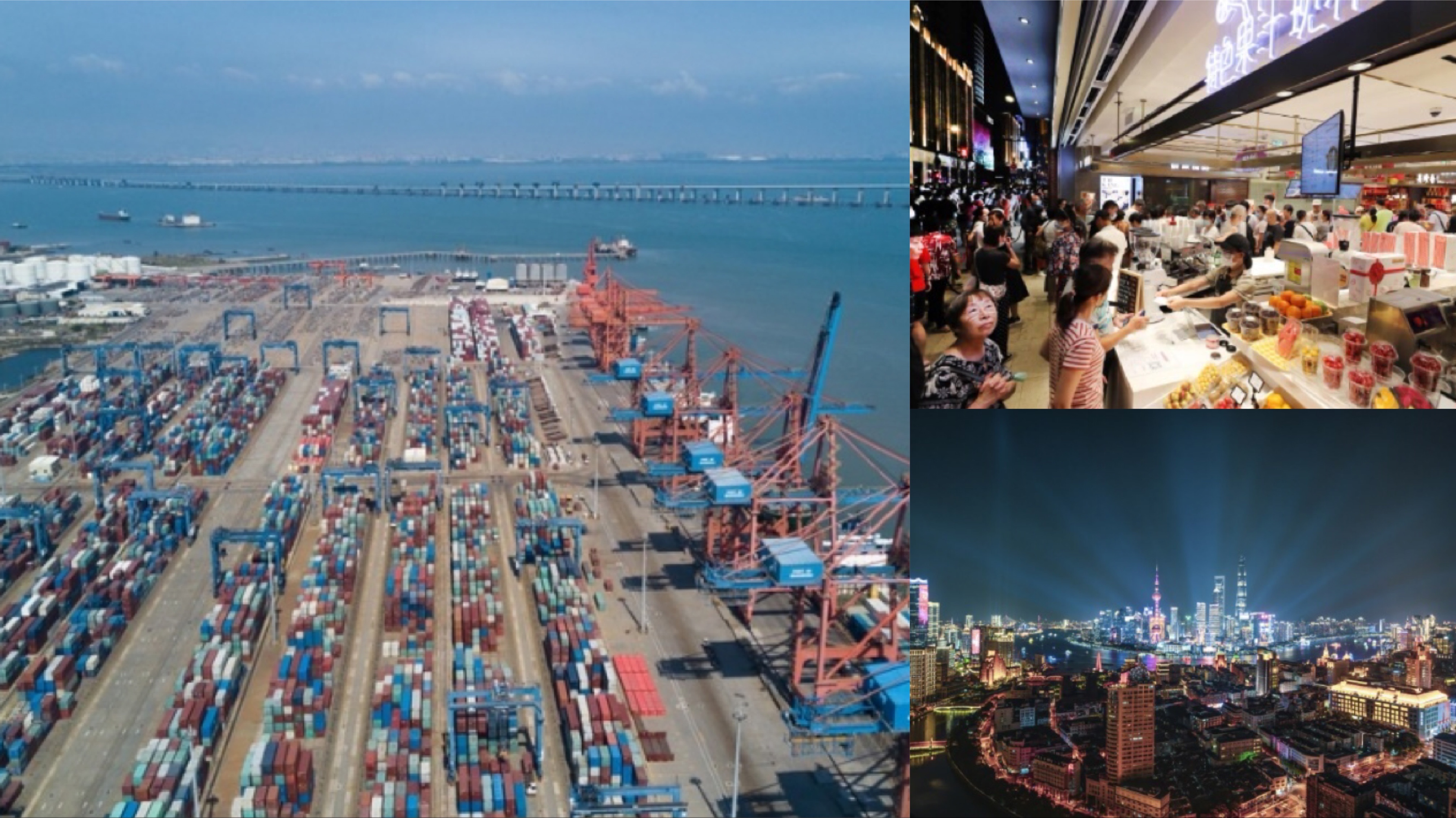 New US administration brings hopes of a return to normal diplomacy

For over 74 million Americans, the victory of Joseph Biden as the 59th president of the United States will have been a source of great frustration and undoubted disappointment. But for the majority of the 195 sovereign states and their governments, the sight of a steady, conservative and conventional leader heading-up the world’s leading nation will bring enormous comfort and relief after four-years of chaos and unpredictability.

There are many that will hope President-elect Biden will conduct a sweeping reset of some of Trump’s most destructive policies, ones that have severely damaged multilateralism, global cooperation and the US’ international standing during his one-term in office. If we are to hold Biden’s words and comments during the election at face value, then it seems a seismic reset is on the cards, with Biden expressing his desire to re-join WHO, the Iran Nuclear deal and the Paris Climate Agreement, whilst also rebuilding international alliances.

After four-years of controversy and scandal, lies and deceit, 2021 may feel like something of a public relations tour for Biden whenever travelling abroad, similar to the one his predecessor Barack Obama conducted upon becoming president in 2009. But he can expect to be met warmly as international institutions and governments greatly welcome a return to normal diplomacy.

US-China Relations Can Only Get Better

Perhaps not the most surprising revelation given how badly China-US relations deteriorated in 2020, but 2021 should bring, at the very least, an improved tone to the two countries relationship.

Not that many new relations would sour so greatly. 2020 got off to a positive start, as both countries signed the 1st Phase Trade Agreement and exchanged warm words as the pandemic hit. From then on however, things quickly got out of hand, with Trump’s incessant name calling of “Wuhan” or “China” virus, as well as blaming China for its spread, ushering in considerable tension.

The key areas were thrust into centre stage, such as US interference in China’s interna affairs related to Taiwan, Hong Kong, Xinjiang and bullying China’s tech companies. The US unilateral tariffs that plagued 2019, soon turned into to extremely tough restrictions on Chinese journalists, students and diplomats.

A Biden presidency however looks set to usher in a more mature approach, in stark contrast to the childish, Twitter-slamming antics that epitomised Trump’s tenure. Biden has promised to “review” Trump’s China policy, which could lead to a reduction in tariffs in the future. There is also likely to be more cooperation between the two countries in areas such as climate change, which both Biden and the Chinese government appear to agree is “the number one issue facing humanity”.

It does not however mean relations between the US and China are likely to change dramatically in the near future. But what should be evident is a considerably different tone, manner, respect and approach by the Biden administration, one that can only help in growing relations further. 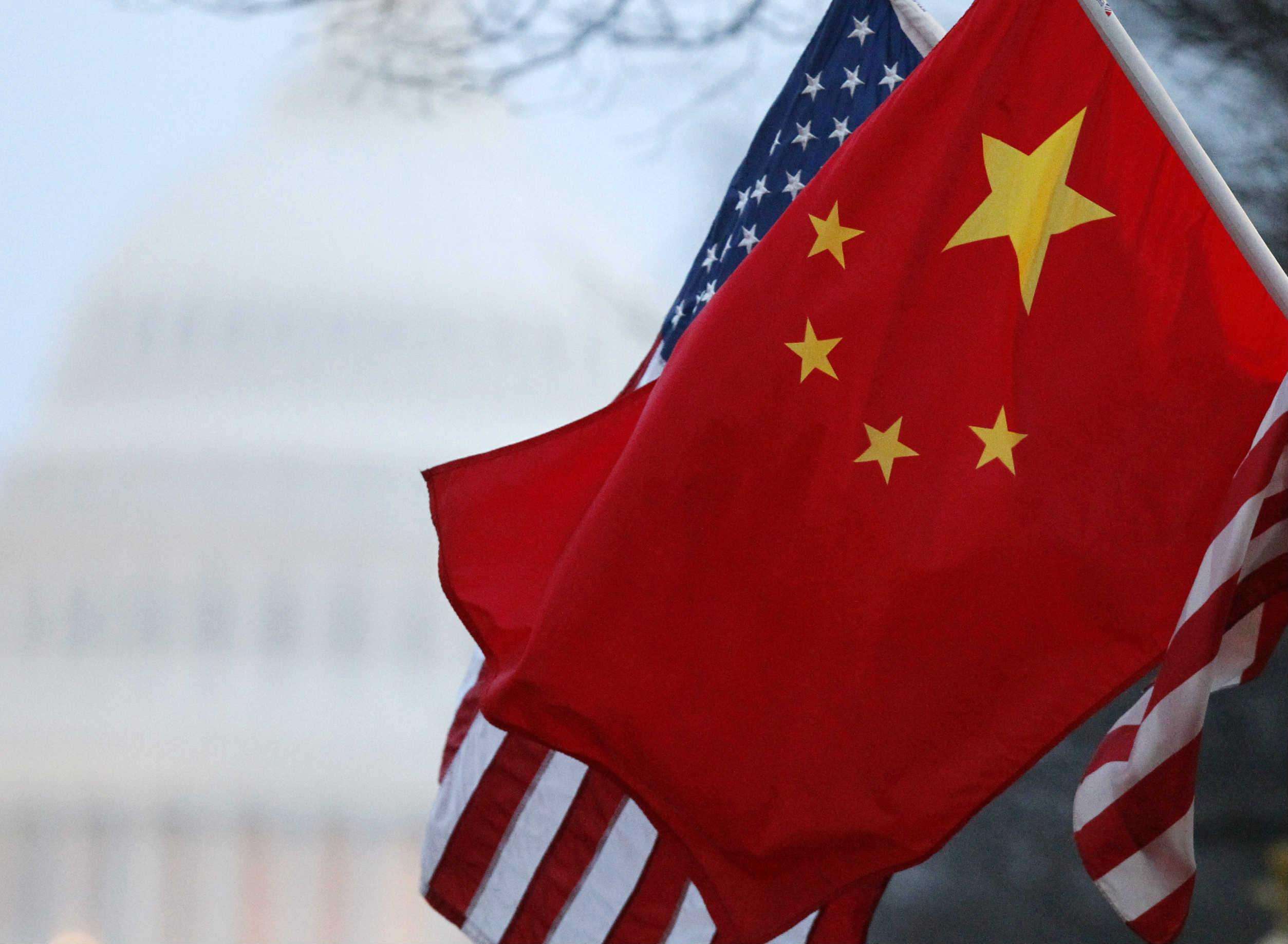 Thomas Scott-Bell is a columnist for China Focus.
Grape Wall of China: Is 2021 the Year Chinese Wine Comes of Age?
Grape Wall of China: Uncorking the Rise, Fall and Revival of Chinese Wine
Baijiu or Bust: How Millennials are Changing China’s National Drink
CIIE More Relevant to Unlocking China’s Markets Than Ever Before
Use Wechat scan the qrcode, then share to friend or feed.