The responsibility of negotiating and passing a Brexit agreement has proved just as difficult as it was for Mr. Johnson’s predecessor.

Ever since Brexit was announced, the UK has been thrust into a situation of perpetual political uncertainty. Upon the very announcement that the British public had voted to leave the EU, the then prime minister, David Cameron, resigned. His successor, Theresa May, also lost her position after she failed on three separate occasions to get enough MPs support. No doubt, her poor result in the snap election – which recast the balance of power against her favour – did not help.

Upon winning an internal Conservative Party mandate to become prime minister, Boris Johnson was next to pick up the Brexit reins. However, the responsibility of negotiating and passing a Brexit agreement has proved just as difficult as it was for his predecessor. Mr Johnson has suffered one brushing defeat after another, and after removing the whip from MPs who refused to back his Brexit deal, he reduced an already slim majority government to a minority government of more than 40. 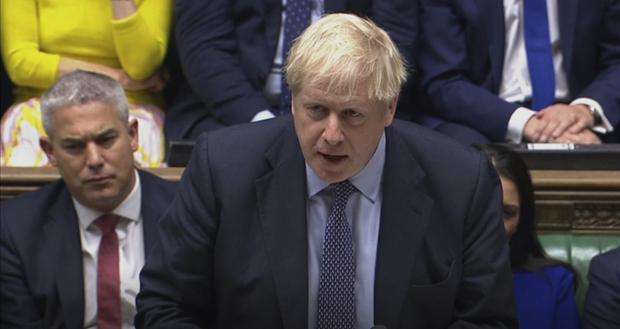 With such a weak position in parliament, Mr Johnson has been forced to launch a fresh bid for a general election. The prime minister will likely announce his plans to the House of Commons on Monday but will require two-thirds of MPs to support it. The leader of the Labour Party, Jeremy Corbyn, has said his party “will absolutely support an election” once a no-deal is off the table.

With the current Brexit deadlock and parliamentary arithmetic weighted against the government, a general election is increasingly necessary. In highlight of this, the UK has borne witness to one of the most tumultuous weeks in British politics.

For the first time in 37 years, the UK Parliament convened on Saturday in order to discuss Boris Johnson’s Brexit proposals. The prime minister asked parliament to sit on Saturday in order to comply with the legally binging Benn Act. The legislation required the PM to gain agreement for his Brexit proposals by 11pm that evening or write to the EU to request an extension.

The prime minister said that he was “very confident” that MPs would approve his newly negotiated Brexit deal. However, when MPs voted in support of the Letwin amendment – seen by many as an “insurance policy” against the possibility of crashing out of the EU without a deal – the prime minister pulled his so-called meaningful vote and was thus required to request a Brexit extension. Johnson said, “the opportunity to have a meaningful vote has effectively been passed up, because, the meaningful vote has been voided of meaning”.

Though the prime minister said he was not “daunted or dismayed” by the result, it was likely one of his most humiliating defeats given that it thus required him to write to the EU in request of a Brexit extension – something he vowed repeatedly never to do. To highlight his utter contempt in having to pen the request, Boris Johnson refused to sign the letter and followed it up with a separate letter – one which he did sign – which warned EU leaders against granting an extension. “A further extension would damage the interests of the UK and our EU partners, and the relationship between us” the second letter read.

Shadow Chancellor, John McDonnell, observed that the prime minister “may well be in contempt of parliament, or the courts themselves” given that the second letter could be viewed as an attempt to undermine the legally obligated first letter. Scotland’s highest court is currently tasked with determining whether – in sending the second letter – the PM did or did not honour his commitments to the courts. 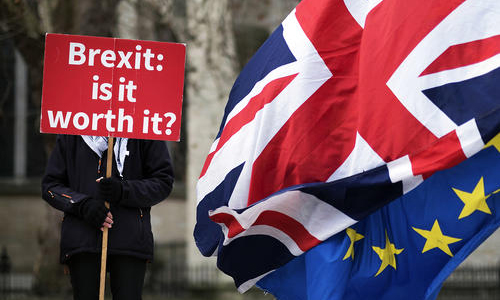 On Monday, Boris Johnson suffered a further defeat when the House Speaker, John Bercow, refused to give ascent to the prime ministers proposals of  a meaningful vote on his Brexit bill. The Speaker said, given that the “substance” and “circumstance” of the bill had not changed, in accordance with the ‘Same Question Convention’, the House would not debate the bill as to do so would be “repetitive and disorderly”.

On Tuesday, Boris Johnson had cause for a brief celebration as parliament passed the second reading of his Brexit bill (329-299). A triumphant Johnson was quick to rise and thank the House for their cross party support and cooperation that enables his Brexit Bill to receive the crucial third reading in Parliament.

A number of opposition MPs that voted for the bill’s passage, did however urge the prime minister not to mistake their support for a third reading as support for the overall bill. One such MP, Lisa Nandy, stated that many MPs who voted in favour of the bill’s passage did so in order that MPs are able to “scrutinise” and “improve” the deal, warning that their votes at third reading “are by no means secure”.

Despite MPs reasoning, it should be noted that the prime minister nevertheless did achieve a considerable feat in garnering enough support to move on from the Brexit impasse that has plagued both his own Premiership and that of his predecessor.

But, the day was not over. Celebrations amongst Brexiteers were cut short as MPs voted down the prime ministers proposed Brexit timeframe. The vote, which passed narrowly – with a majority of just 14 (308-322) – makes it almost impossible for the UK to leave the EU by the prime ministers “do-or-die” October 31st deadline.