Under the economic doctrine of Socialism with Chinese Characteristics, China has overtaken the United States to become the world leader in billion-dollar start-up companies.

Back in 2013 when Venture Capitalist, Aileen Lee, coined the term, Unicorn’s were indeed as rare as their namesake suggests, with just 39 in existence. But in the last few years, the industries housing billion-dollar start-ups have grown exponentially. Now, there are 494 unicorns spread across 24 countries.

China is at the forefront of this new industrial revolution and proved itself to be the most fertile environment in the creation of the technologies of the future. In 2018 alone, China created an unprecedented 97 unicorns – the equivalent of one every 3.8 days. 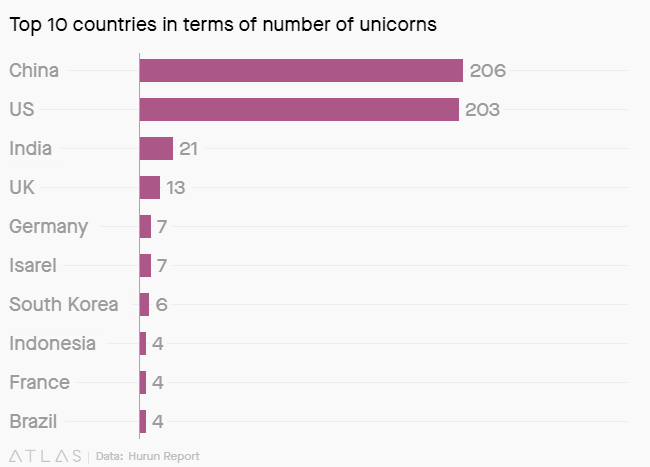 Wealth research firm Hurun finds that Chinese companies alone make up almost 42 percent of all the world’s unicorns. In total, China houses 206 of the world’s 494 unicorns, whilst the United States occupies second place with 203. India follows in third place with 21.

Beijing becomes the unicorn capital of the world

Unicorn figures – one measurement of technological innovation – show a clear geographical pivot from West to East. Data from the World Intellectual Property Organization confirms this trend. In 2017, China filed more than three quarters of all Artificial Intelligence patents with the WIPO. In the same year, just one Chinese company – the internet company ‘Baidu’ – filed more AI patents than the all US companies combined.

Perhaps part of the reason for the recent explosion in China’s technology sector is the huge investments being funneled into research. The Hurun study observes “an interesting difference between China and the United States is that China’s big tech companies are also some of the world’s biggest investors into start-ups.”

As a result of the significant reinvestment by leading companies into the technology sector, the report notes that “Chinese companies are far and away the most successful at spinning off unicorns.” Indeed, 18 of the world’s 20 spin-off unicorns were created in China. Alibaba, PingAn and China-based e-commerce platform JD have each ‘spun-off’ three unicorns. 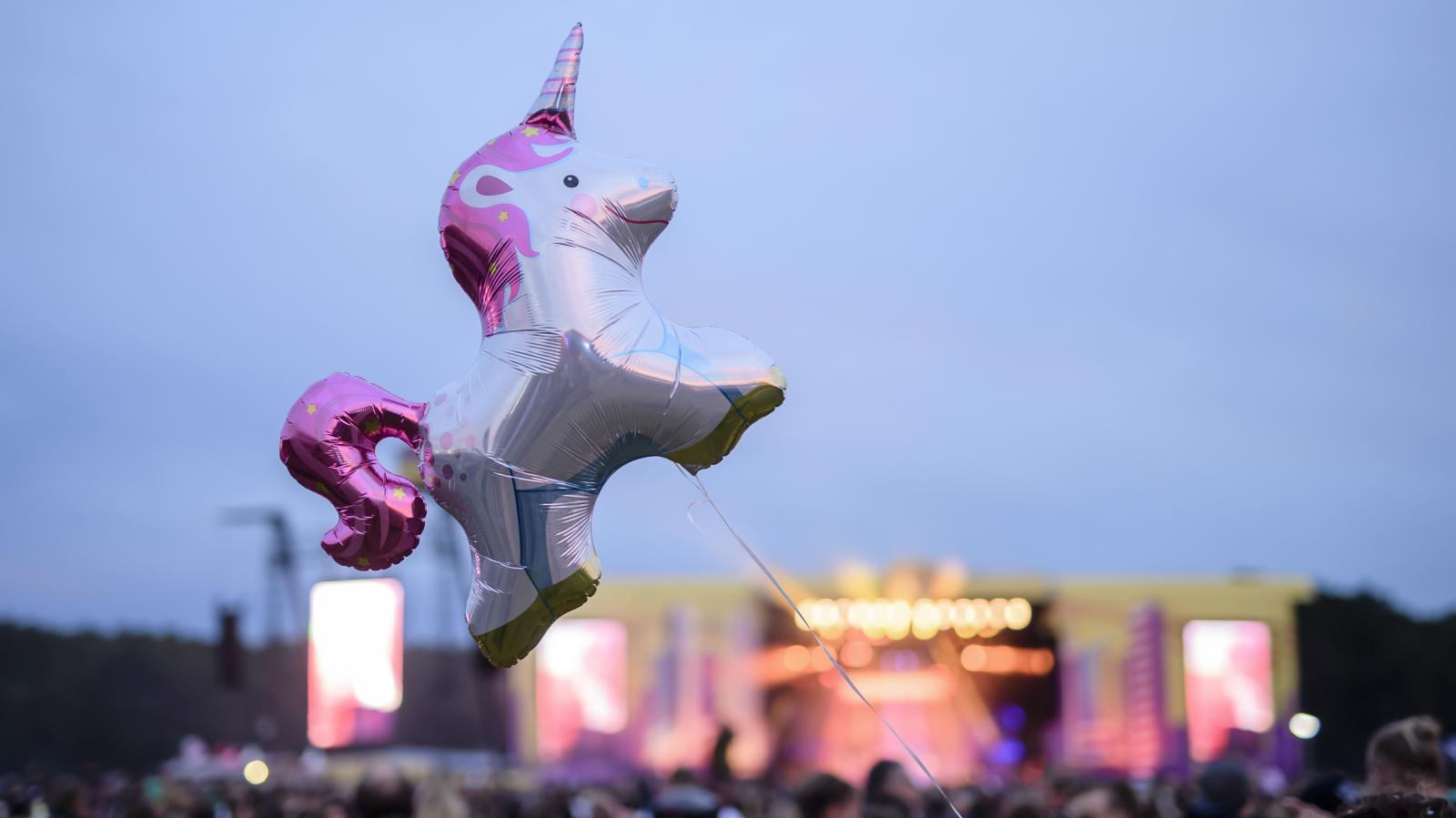 One of the key findings from the Hurun study is the speed in which unicorns are created in China. The research reveals that Chinese unicorns grow much faster than their competitors in the United States. Compiling the data from the top five unicorn producing industries of both countries, analysts have charted the respective time taken to reach a US$1 billion valuation. On average companies based in China take just over five years to achieve unicorn status, whereas companies in the US take almost seven years.

The Hurun report further finds that five companies achieved the $1 billion valuation within just one year of their founding, and interestingly “they all come from China”. 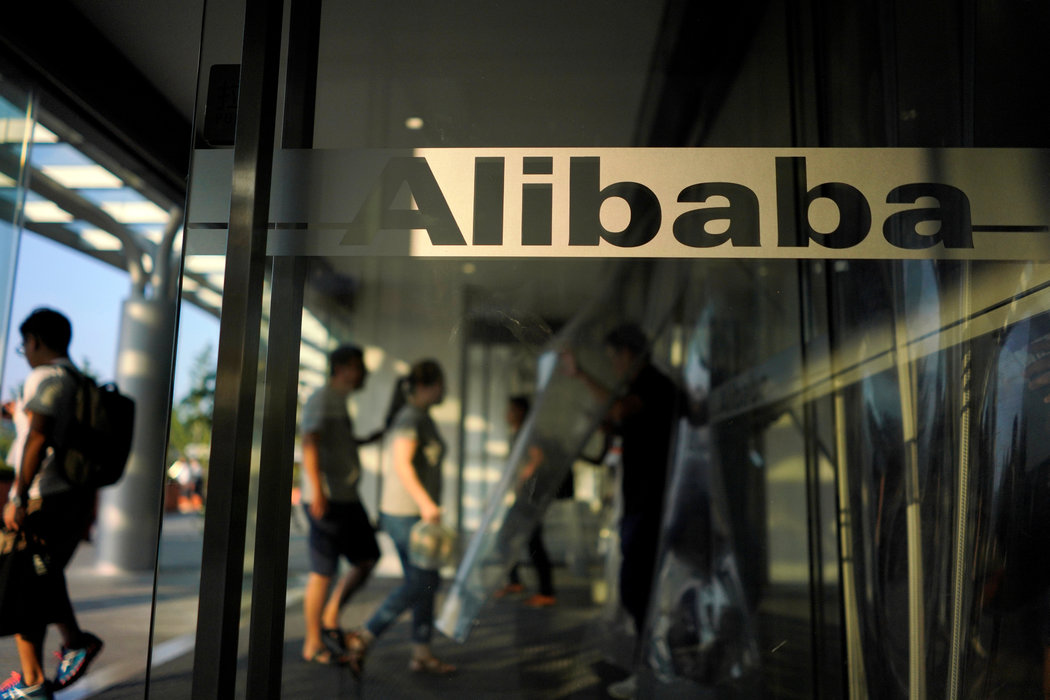 Ant Financial, incubated by Alibaba and most recognized by its online payment platform ‘Alipay’, is the most valuable unicorn in the world. In just five years, the Hangzhou based FinTech company has amassed more than one billion users and is reportedly valued at a staggering $150 billion. The company’s flagship ‘Alipay’ has evolved from a digital wallet to what the company calls “a lifestyle enabler”. A deserving label given that users can hail a taxi, book a hotel, buy movie tickets, pay utilities bills and even make doctors appointments all within the same app. Ant Financial chairman and CEO, Eric Jing, stated that the company is “dedicated to building an open ecosystem with all our partners in China and beyond”.

The second most valuable unicorn in the world is the Beijing-based content discovery platform ByteDance – valued at $75 billion. Founded in 2012 by Zhang Yiming, the company runs the AI powered news-aggregation platform Jinri Toutiao as well as the popular video-sharing application Tik-Tok. With a portfolio of applications in over 150 markets and 75 language, the company aims to “empower everyone to be a creator directly from their smartphones.”

In third position is the Beijing-based ride-hailing platform Didi Chuxing. Didi is the world’s leading mobile transportation platform with more than 450 million active users and a valuation of US$55 billion. The ride-hailing giant continues heavy expansion in several overseas markets and is making considerable leaps forward in the autonomous driving sector. In just a few months, Didi will roll-out its driverless service in Shanghai and plans to expand operations into Beijing and Shenzhen by the end of 2020.

The Hurun study finds that 25 industries harbor unicorns but notes that the so-called ‘Big 5 industries’ – E-commerce, FinTech, Cloud, Artificial Intelligence, and Logistics – make-up half of all unicorns. Hoogewerf notes that these are the companies that are“initiating the Fourth Industrial Revolution, and widely considered to hold the key to the future.”

With the largest number, the fastest growing, and the highest value unicorns in the world, China has clearly shown itself to be a pioneer in the industries of the future.

But what is it about China that makes it so successful in creating billion-dollar start-up companies?

The technical and creative genius of individual Chinese visionaries is undoubtedly a major factor in the incredible unicorn boom, but an arguably more important factor is the economic doctrine and reform policies implemented under the leadership of President Xi Jinping.

Under the economic doctrine of Socialism with Chinese Characteristics, China has overtaken the United States to become the world leader in billion-dollar start-up companies. 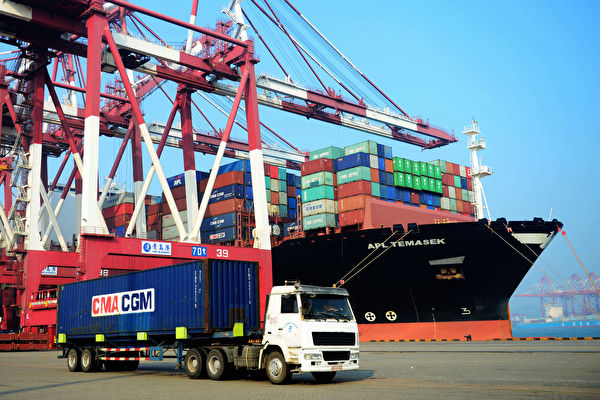 Contrary to the received wisdom in the West that socialism kills productivity, China has shown that an economy rooted in socialism and open to the positive influences of the market, is a winning formula for technological innovation and economic development.

Ever since 1978, China has engaged in a continued policy of economic reform and welcomed the opening-up of its economy. The balance achieved between central planning and the incremental opening-up of the market has produced incredible results. For over 40 years, China’s GDP has averaged more than 9 percent growth year-on-year.

For China, Socialism is not – as many perceive in the West – an aversion to the market. Far from it. In the next year, China is on course to become the biggest consumer of luxury goods as a result of its rapidly growing middle class.

A recent report by the World Bank highlights the scale and success of China’s policies.

The data shows that in a year of “record reforms” China has advanced 15 positions on the global ease of doing business index from 46 in 2019 to 31 in 2020. With the ambition of continuing to build its economy and relations with partners around the world, President Xi has vowed to press ahead with “non-stop” economic reforms and opening-up.

In looking ahead to the future, Hoogeworth recommends that the rest of the world “wake up to creating an environment that allows unicorns to flourish in.” Given the incomparable success of Chinese companies, policy makers around the world could benefit from taking a close look at China’s journey.