Cooperation is a Must to Defeat COVID-19 and Its Impacts

There are positives signs for closer international cooperation on fighting against the COVID-19 pandemic as the G20 video summit was convened and Chinese and US leaders had a phone call.

It has become the only option for the world to leave aside differences and work together in face of an unprecedented common health crisis and its profound impacts.

The novel coronavirus, known as COVID-19, has been astonishingly spreading in about 200 countries, infecting over 520,000 people and killed over 23,500 of them around the world. It just took less than three months from outbreak to pandemic.

Coronavirus doesn’t identify nations, races and borders. The fast and convenient international transport networks also make the quick spread of the virus across borders highly possible. No country can really isolate itself from the affection of challenges like epidemic, climate change and financial crisis in a globalized era. As most countries in the world choose to be linked together for globalization, they must work together to cope with the common threat.

The Group of 20 (G20), as a prominent dialogue and policy coordination platform for world’s major economies, takes the lead in responding to the COVID-19 outbreak. On March 26, G20 leaders reached crucial consensus on tackling the pandemic and its impacts at an extraordinary virtual summit convened by Saudi Arabia. 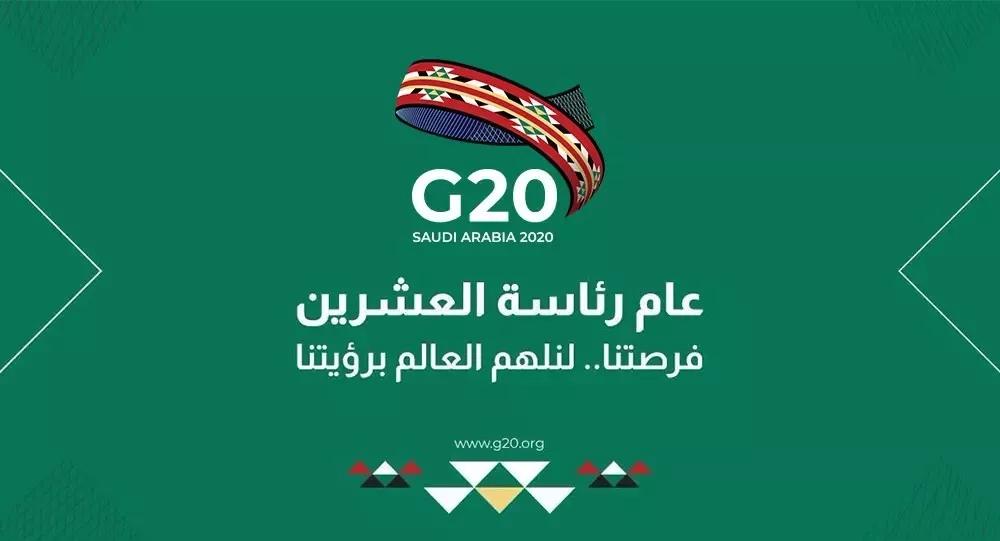 They agreed to take joint actions to fight the pandemic while vowing to inject over $5 trillion to boost the global economy, according to the joint statement released after the virtual conference.

Undoubtedly, the G20 summit and its joint statement ramp up the world’s confidence in overcoming current hardship at a very critical moment.

G20 leaders said that they will share timely and transparent information; exchange epidemiological and clinical data; share materials necessary for research and development; and strengthen health systems globally. And they fully support and commit to further strengthen the World Health Organization’s mandate in coordinating the international fight against the pandemic.

The joint efforts are not limited to fighting the coronavirus. The leaders also take a far sight on safeguarding the global economy, addressing international trade disruptions and enhancing global cooperation. The epidemic has inevitably affected business, manufacture, stock markets and people’s livelihood. Overshadowed by the rampant spread of the COVID-19, economic activities have been disrupted in many parts of the world, with global stock markets tumbling between times. A worldwide major recession is looming up. Therefore, taking stringent rescue measures to boost economy and keeping policy coordination on macro-economy and currency are also an important task for G20.

More importantly, multilateralism is again highlighted in the global efforts by G20 leaders. 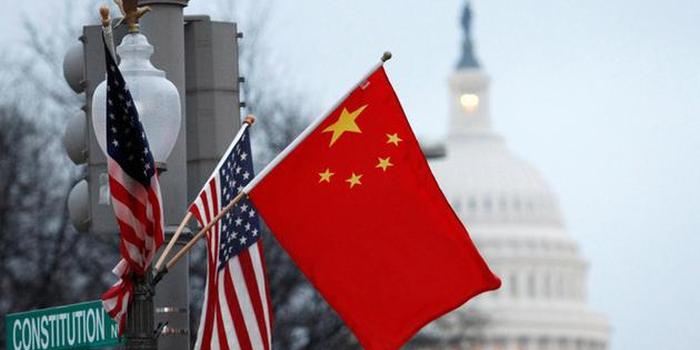 In recent years, the rampant acts of protectionism and unilateralism have seriously weakened the institutions of world economy and trade as well as global governance. For example, some nations’ exit and selfish conducts have made various troubles and even led to retrogressive impact on the World Trade Organization (WTO), the Paris Climate Agreement and other multilateral mechanisms. The trade wars over the past year waged by the United States have undermined the foundation the multilateral trade system. What’s more, the growing unilateral sentiment and acts are eroding the mutual trust between nations, which will hinder the international cooperation in other areas such as public health and science research.

Therefore, the G20 statement on March 26 highlighting multilateralism timely reminds some nations that international cooperation is a must for the world to defeat the COVID-19 pandemic. It is also of importance that G20 leaders reiterate their goal to realize a free, fair, non-discriminatory, transparent, predictable and stable trade and investment environment, and to keep our markets open in the statement.

In the global battle against coronavirus, China’s efforts have been highly spoken by International community. Chinese President Xi Jinping mentioned China’s practices and experiences to other leaders at the summit.

“From day one of our fight against the outbreak, we have put people’s life and health first. We have acted according to the overall principle of shoring up confidence, strengthening unity, ensuring science-based control and treatment and imposing targeted measures. We have mobilized the whole nation, set up collective control and treatment mechanisms and acted with openness and transparency,” President Xi said.

China shoulders its responsibility well as the first country hit by the outbreak. China reported to WHO and shared information with international community immediately after the outbreak of coronavirus in the country. As China took the epidemic under control in mid-March, the Chinese government and Chinese people unhesitatingly lend a hand to other countries facing growing infection cases. Up to now, China has provided 89 countries with medical aid and sent medical teams to five countries. China has set up its online COVID-19 knowledge center that is open to all countries. Chinese medical experts have held video meetings with their colleagues from over 100 countries to share their knowledge of the coronavirus and helpful therapies.

The US recognizes China’s efforts

After the G20 video summit, a phone call between President Xi and his US counterpart Donald Trump draws the two nations closer to combat the coronavirus. The two leaders talked about China’s efforts of containing the COVID-19 epidemic and the protection of Chinese nationals living in the US, including Chinese students.

As known, the relationship between China and the United States has undergone twists and turns over the past year. The two sides stopped trade disputes and reached Phase I deal at the end of last year. But Washington’s political and ideological attacks on China continue. Recently, stigmatization with coronavirus against China by some US politicians has made the bilateral relations worse. 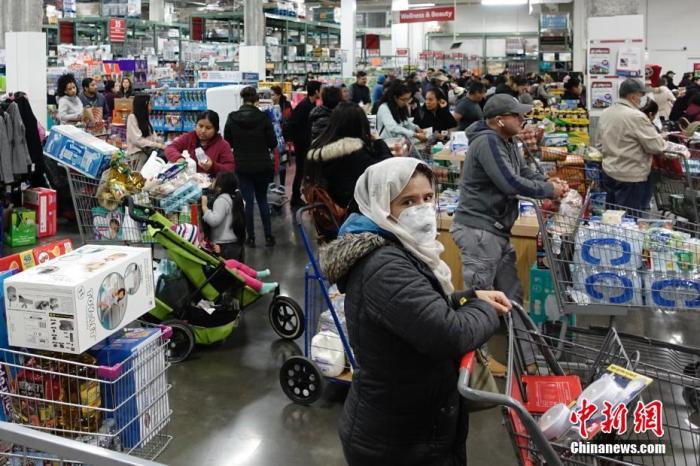 However, the epidemic brings an opportunity for the two sides to put aside differences and enhance cooperation, as the United States must take a serious look at the spread of coronavirus in the country. As of 17: 40 p.m. Eastern Time on March 27, the United States has the highest number of confirmed cases of coronavirus in the world with 100,717 according to data compiled by Johns Hopkins University, and the death toll has topped 1,544.

A most positive signal from the phone conversation is that China’s experience of fighting coronavirus was asked and spoken highly by President Trump.

President Xi said it is the sincere hope of the Chinese people that the US will contain the spread of COVID-19 at an early date and reduce its impact on the American people. China has been keen on international cooperation against the outbreak. The current situation requires solidarity and cooperation between China and the US.

President Trump said he is happy to see the gains made by China in fighting it. China’s experience is inspiring. He will see that the US focuses on working with China to fight the outbreak without interference. He thanked China for providing medical supplies to the US and enhancing bilateral medical and health exchanges, including cooperation on finding effective therapeutics.

In face of a common enemy, coronavirus, the two sides should take the chance to improve bilateral relations.

President Xi underscored that the China-US relationship has reached an important juncture. As cooperation benefits both sides and confrontation hurts both, the former remains the only correct choice. It is hoped that the US will take substantive steps to improve the relationship and work with China to strengthen cooperation in areas such as outbreak preparedness and response. This will contribute to building a relationship based on non-conflict or confrontation, mutual respect and win-win cooperation.

Frankly speaking, to improve the Sino-US relations, Washington and some US politicians should abandon their political bias and double standards on China which has created many troubles between the two sides. They should realize that the Sino-US common interests are much broader and profounder. The close cooperation between the two countries can not only benefit the two peoples but also bring more public goods for the world. So, as the coronavirus spreads around the globe, it is time for Washington to change its cold war mentality on China.

Bai Shi is an editorial writer for China Focus.
Overreaction Reveals Double Standard on the Virus Outbreak
Pawn for Foreign Forces will End in Shameful Failure in Hong Kong
Use Wechat scan the qrcode, then share to friend or feed.