It is not only the world of politics which has been rocked by the coronavirus, the world of business has been shaken from its ideological center as well.

The coronavirus outbreak has exposed a gaping hole in the fabric of free-market fundamentalism. Western governments, which have long-since followed a radical laissez-faire doctrine, are now abandoning the market-knows-best scripture in favour of centrally planned policies to tackle the escalating global pandemic.

In the Unites States, Donald Trump signed a $100 billion bill to allow free coronavirus testing and support some public and private-sector employees through sick-leave. The bill is part of an $850 billion package which aims to stimulate the US economy and calm the nerves of Wall Street which has seen more than 25 percent wiped from the country’s leading companies. Further, the Trump administration is also considering to offer basic support to struggling household and stimulate the demand side of the economy by mailing out $1000 checks to all Americans. 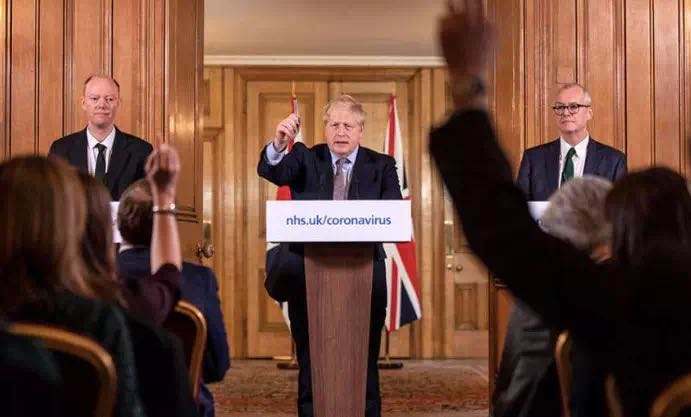 Similarly, in the United Kingdom, Boris Johnson’s government has ordered the opening of its coronavirus war chest. The first round of government financial assistance is comprised of ￡330 billion of state aid which is to be used in support businesses and individual across the country. Part of the measures will see the suspension of business rates for all retail, hospitality and leisure businesses. Corporations will also be compensated for losses incurred by sick workers, mortgage payments of homeowners are to be placed on hold, and tenants renting domestic properties are to be afforded protection from eviction.

With the day to day situation changing so rapidly, I am reminded of a famous quote from Lenin. “There are decades where nothing happens; and there are weeks when decades happen.”

To appreciate the magnitude of the current 180 degree shift in policy, it is necessary to contextualise what is now happening against the backdrop of the received political and economic wisdom of the past few decades.

Ever since Margaret Thatcher, who famously declared that “there is no such thing as society,” entered Downing Street, successive governments have embarked on a mission to reduce the rich social fabric of society down to nothing more than commercial exchange, business transaction and profit.

Over the last 40 years, the British State has been hollowed out to a mere shell of its former self through cuts, privatisation, and systematic neglect. Between 1979-2009, the UK witnessed an unprecedented transfer of the nations assets into the hands of a small number of unaccountable wealthy business owners. At the heart of the decades long campaign of denationalisation were two apparently indisputable truths. First, that the profit motive engenders efficiency. And second, interference distorts the market

As a result of these two holier-than-thou principles, the UK’s energy, transportation and communication infrastructure, even its water, were all sold-off at fire-sale prices. British Gas, British Coal, British Energy, British Rail, British Airways – in fact, almost everything with the prefix “British” or “National” – all pushed from the nations balance sheet. 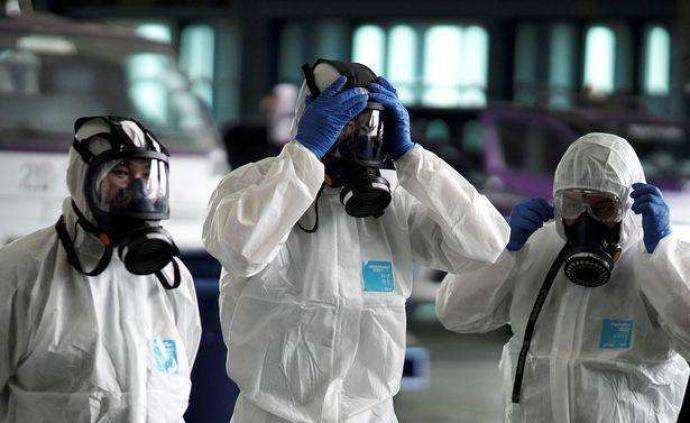 After the global financial crisis, with the country reeling from an unprecedented pouring of the public purse into the pockets of the private banking community (as well as having barley anything left to sell), the UK government embarked on a campaign of wanton destruction of the country’s little-remaining social infrastructure – euphemistically titled “austerity.”

The same tragic story of selling-off the nations assets whilst reducing the government’s duty of care to its citizens is the same across much of the Western world.

The genie is out of the bottle.

The coronavirus pandemic is a warlike crisis and has the potential to profoundly alter society. Already, we are witnessing a previously unimaginable socio-economic and political transformation. Could anybody seriously have imagined that under the Presidency of Donald Trump, the US would consider implementing a nationwide policy of universal basic income? Or, that the British government – after decades spent cutting social infrastructure to the bone (resulting in thousands of homeless people sleeping on the streets) – would contribute the equivalent of $4 million to help rough sleepers self-isolate.

The ground has truly shifted.

The media has changed its tone too. The Financial Times has set out a case that “Universal Basic Income is an affordable and feasible response to the coronavirus.” Daniel Susskind, a fellow in economics at Balliol College, Oxford university, writes “The time has come for something different – a Universal Basic Income.” Then there is the Telegraph, who recently shocked its politically conservative and economically liberal readers with the headline, “Boris must embrace socialism immediately to save the liberal free market.”

It is not only the world of politics which has been rocked by the coronaquake, the world of business has been shaken from its ideological centre as well. The head of the Virgin empire, Richard Branson, who once said that unprofitable businesses should be allowed to fail; is now begging for the government to step-in and rescue the aviation industry.

Capitalists like Branson, who are all too happy to indulge in ideological acrobatics when it suits, I’m sure would like to quickly return to the firm ground in which they can vociferously oppose and lobby against state planning and government intervention. Unfortunately for them, the people may not be so ready to return to an environment that puts the interest of capital ahead of the social need of society.

History has shown that when a population is united by a common purpose and an external existential threat, a collective spirit of community and equality is fostered. Take for example the Second World War. In the UK, when men were away fighting in battle, women across the country entered the workforce to replace the jobs and participated in their own industrial ‘War on the Home Front.’ When the war was over, it was not so easy to tell the newly-enfranchised female masses to go back to a second-class life without the right to work. The overall gap between the average worker’s salary and the dividends of CEO’s also narrowed by some margin in comparison to pre-war levels. Furthermore, the British people – who prior to the war had little access to healthcare – demanded a universal and free healthcare system, and thus the incredible National Health Service (NHS) was born. 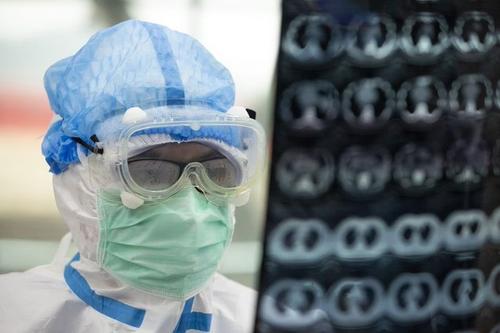 After four decades of what is appearing to be a failed experiment in neoliberalism, todays developed capitalist economies are vastly unequal and the gap between the rich and the poor has grown to unprecedented levels. A glance at the UK shows a country which is simultaneously the fifth richest in the world by GDP, but also a nation which is witnessing homelessness, food bank usage, and child poverty on the rise.

As with the example of the Second World War, it may be difficult to order a newly-enfranchised and cooperative society that has become used to a basic standard of living to go back to the financially uncertain and precarious life to which they had previously been trapped.

As result of the warlike threat of coronavirus, the unprecedented peace-time marshalling of resources, and the spirit of community engendered by such a struggle, the hyper-individualised world implemented by Thatcher et. al. could crumble to the ground. Early signs of decay are already visible. Last week, the British monarchy recently issued a call-to-arms for the people across the British Isle to come together and “work as one”. Her Majesty’s call for unity is indeed a far removed position that advocated the Iron Lady and successive UK governments.

The metaphorical genie may have escaped its bottle.

Jamie Leigh Wright is an editorial writer for China Focus.
The New York Times: Infected with Anti-China Bias?
Why A Recession Is Now Inevitable
Is Socialism in the US Really on the Rise?
Bernie Sanders Surge Continues Despite Mainstream Media Attacks
Use Wechat scan the qrcode, then share to friend or feed.