Xi described him as “someone who made important contributions to the China-U.S. friendship and relationship during his lifetime”.

The 41st President of the United States George Herbert Walker Bush died on November 30, 2018. Chinese President Xi Jinping praised his role in witnessing and promoting China-U.S. relations across four decades, and said that his efforts will never be forgotten by the Chinese people.

In a letter of condolence on the following day, Xi described him as “someone who made important contributions to the China-U.S. friendship and relationship during his lifetime.”

The Bond Between George H.W. Bush and China

The political career of George H.W. Bush was closely intertwined with the history of China-U.S. relations almost from the very beginning. 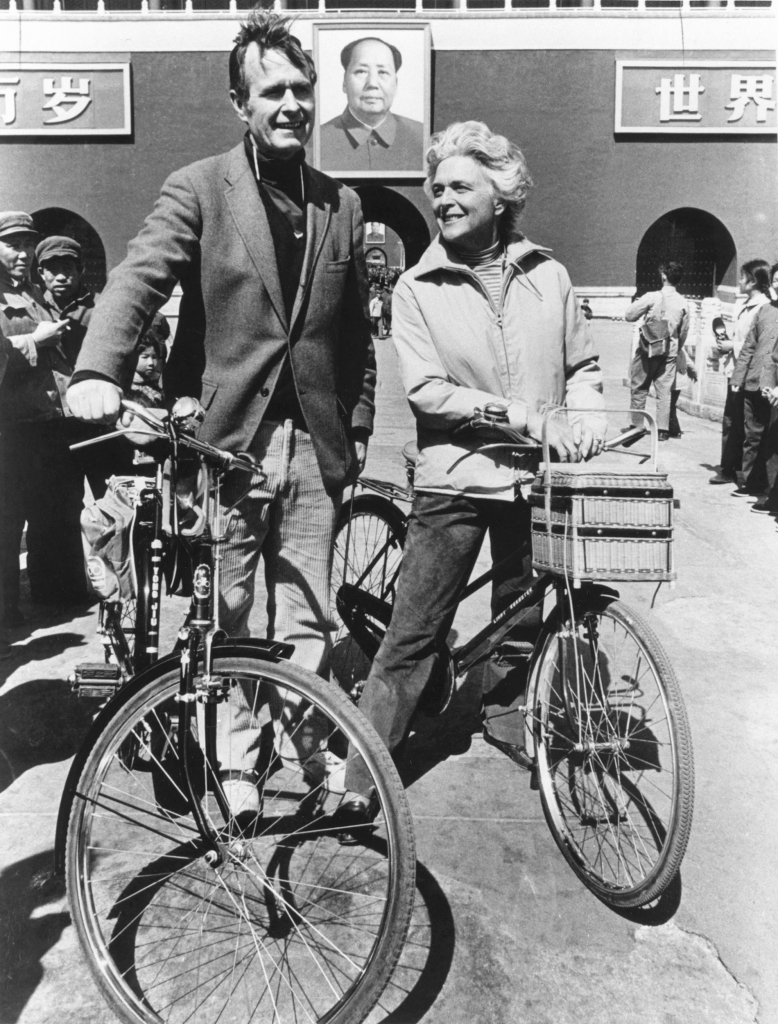 In 1974, three years after Nixon’s China visit, Bush, who had already been appointed Chairman of the Republican National Committee, found an opportunity to see China take on the role of a strong oriental country with a long civilized history gaining new life. President Gerald Ford, who succeeded President Nixon, appointed Bush Chief of the U.S. Liaison Office of the People’s Republic of China, marking the beginning of the “Beijing Period” for the Bush couple.

In the 14 months that followed, Bush was lucky enough to meet with China’s President, Mao Zedong. Moreover, he had the chance to accompany his wife Barbara as the pair cycled around the ancient city of Beijing, and even became obsessed with Beijing Duck.

Bush recalled that Ford proposed London or Paris for his term at that time, but he chose Beijing because he believed that the future belonged to China and he hoped to be a part of the future. During Bush’s term in China, his eldest son (George W. Bush) also visited Beijing.  Both the father and son later became the presidents of the United States. 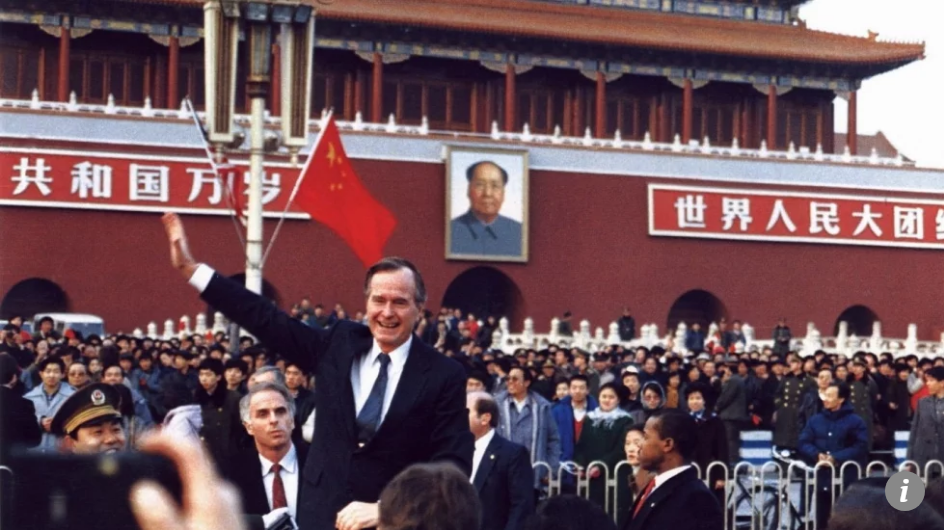 At the end of 1975, Bush, who was nominated Director of Central Intelligence (DCI), said goodbye to Beijing. Deng Xiaoping, who had returned to office, extended his best wishes and said he hoped Bush would have a chance to return to China.

However, Bush only returned two full years later, due to political party change in the United States. By that time, Bush had left the government, and returned to China to visit half the country in half a month on an unofficial basis.

In 1981, when Bush became Vice President, he continued to play an active and key role in China-U.S. relations which by that time had already been officially established for two years. In May 1982, relations between the two countries were at a standstill due to an offer by the U.S. to sell arms to Taiwan.

It was at this time that Bush revisited China and met with Deng Xiaoping once again. Bush played a positive role in the preparations of the Joint Communiqué of the United States of America and the People’s Republic of China (or <August 17 Communique> in brief).

Bush became President and revisited China in February 1989, making him the fastest U.S. President to visit China after taking office. He stuck to practical communication between Washington and Beijing when China-U.S. relations deteriorated considerably after Spring-Summer 1989, and finally ensured that relations between the two countries could return to stable, healthy and comprehensive development. 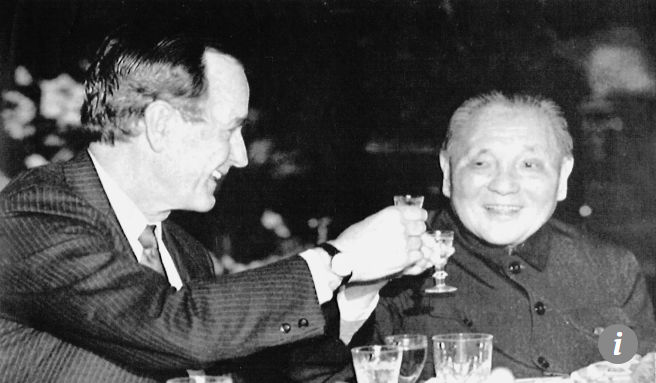 Many years later, China held the 2008 Olympic Games, catching the world’s eye. Bush, who wished to be “a part of the future”, visited this vivid oriental country. He not only attended the opening ceremony of the U.S. Embassy to China with his son, who was president of the U.S. at the time, but also watched the sophisticated and grand opening ceremony of the Beijing Olympic Games.

This pair of father and son presidents gathered together in Beijing, sending a positive signal to the whole world that the U.S. hoped to understand China, welcomed China’s development and expected that the benefits of China-U.S. relations could be shared by bot.

Being the key figure among those who preferred to understand China in U.S. political circles, Bush’s practical choices were completely in line with the most extensive interests of the two countries, and even the whole world. However, inevitable difficulties led to Bush’s failure to win a second term as president in 1992.

These difficulties included an unsatisfactory economy dragged down by Reagan’s tax reduction policy, the Middle-East deadlock exacerbated by the first Gulf War and the urgent need to reshape the international role played by the U.S. after the Cold War.

Even though Bush said farewell to his political career, he continued to be an irreplaceable old friend in promoting communication between China and the U.S. at different levels.

History has proved Bush’s initial expectations of China’s prospects to be right. The wisdom of this U.S. statesman in maintaining the most vital bilateral relationship in the world, his passion to strengthen cooperation and communication between the two countries, and his expectations for the future of mutual benefit and win-win results are not only precious, but also the correct way forward for all the political elites in the United States.

Diao Daming, associate professor, school of international relations, Renmin university of China
How Should New Progress in China-U.S. Trade Consultations Be Understood?
China-US 3rd Round Trade Consultation: “No Trade War”is the Pre-condition
Use Wechat scan the qrcode, then share to friend or feed.