How Tension Between the US and Iran May Affect China

China, as the largest importer of crude oil in the world, and a big net importer of the resource, to the point where imports constitute for 75 percent of total usage in the country according to Forbes Magazine, really needs to pay close attention to what is going on in this region, especially in relation to the US and Iran.

China, in understanding its new geopolitical role and influence, may begin to have to move with more caution and perceptiveness in respect to its economic and political engagement with other countries, especially among those across North Africa and the Middle East.

First off though, 2020 has ushered in a new year and a new decade among us – full of possibilities and new developments all over the world. For China, it signals a decade of maturity as the country now possesses a line of clarity, global economic clout and sense of vision which could not have been fully comprehended by anyone this time ten years ago.

It enters the 2020s as a great power, not unlike how another major power was a century ago to this decade. Similarly, to that nation, for better or worse, China has now positioned itself as a big global player. Gone are the days of the dark horse, China is too big to remain on the sidelines, it is now a young, strapping stallion, in contention for the top prize in every race, within every field. 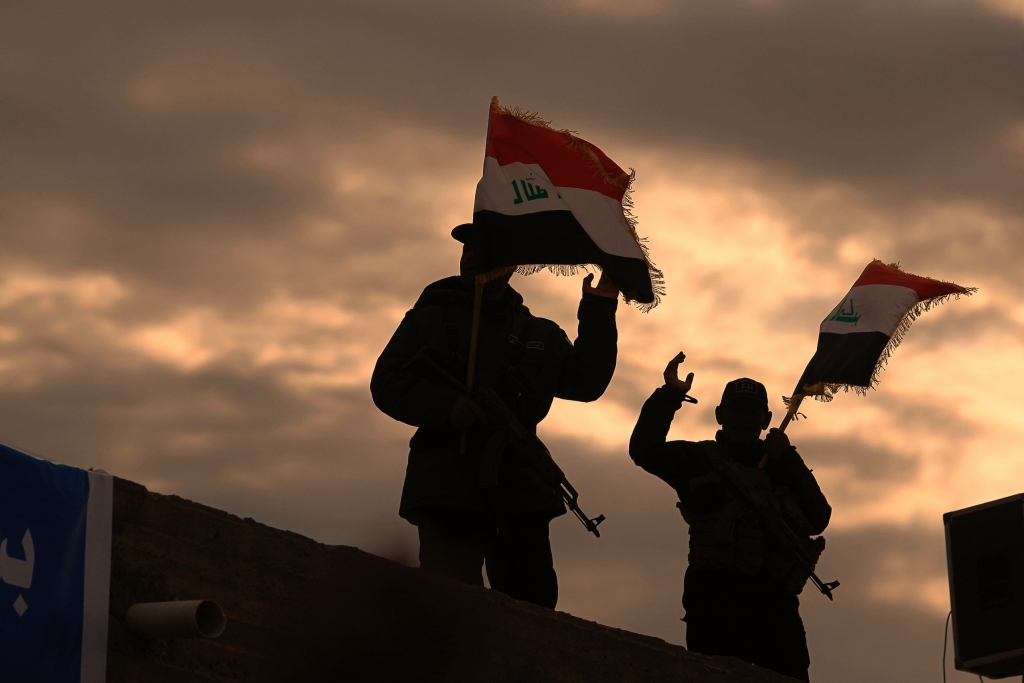 The day that changed everything in the Middle East

And on January 3rd, 2020, the decade set sail in a direction which caught the entire globe off guard. On this day, the US military (having been given the go-ahead by President Trump) launched an airstrike which killed Maj. Gen. Qassim Suleimani of Iran and five others. The following week was one of fear and uncertainty as global crude oil prices fluctuated, and the rest of the world watched on as two countries edged closer to all-out war with each other. Washington’s official position on this attack is that it was done to prevent Suleimani from planning attacks which could possibly harm US military personnel. Since then, tensions appear to have fizzled out, noted with Iran launching its own airstrike against US military bases in Iraq that luckily led to no US casualties.

Nonetheless, a Cold War that has been ongoing between Iran and the US since 1979 (which saw brief respite from 2016 to 2018 with the Iran Nuclear Deal), entered a new phase of hostility and tensions unlike anything seen in recent memory. Everything changes from here on out, how China accesses and shapes its relationship with Iran and the rest of the Middle East moving forward concerning energy security and the Belt and Road Initiative (BRI) is crucial, and could mark as a defining chapter in this new decade for the East Asian Giant.

However, the chances of an actual, direct war taking place between Iran and the US is very unlikely. This is something that the Iranian authorities clearly don’t want, while the Trump Administration’s anti-war stance, especially with regards to military intervention overseas which includes the likes of previous military blunders such as the Iraq War, also highlights its reluctance for any more war. Not to mention the massive fiscal, political and human costs involved with attempting to mount an invasion against a country with the scale, geography and military development of an Iran. This doesn’t mean that an olive branch has been extended from any one side to the other yet though – they are not at peace with each other. The continued imposition and extension of harsh economic sanctions from the US towards Iran, sets them squarely against each other, mainly in a number of different proxy wars, such as the current Saudi-Yemen War for example.

The vanishing middle and where China stands in all of it

As touched on earlier, the US and Iran’s “Cold War” is definitely in a new, tense phase and things are not going to temper down anytime soon. On the US side, less reliance on oil imports as a result of fracking back home, combined with the pressure the Trump Administration is now under knowing that his successful House impeachment case is now set to go through the Senate and expose more possible wrongdoings on his part, not to mention the 2020 General Elections, points to Trump still using mini-conflicts with Iran as a means of ‘wagging the dog’ and taking eyes off domestic issues. Iran also finds itself in a similar situation, as Suleimani’s attack has been able to unite the country in the face of mass economic and political instability, as the government continues to fight for its survival.

Thus, China, as the largest importer of crude oil in the world, and a big net importer of the resource, to the point where imports constitute for 75 percent of total usage in the country according to Forbes Magazine, really needs to pay close attention to what is going on in this region, especially in relation to the US and Iran.

Very rocky relations between US and Iran could mean more proxy measures, Iranian or Iranian funded attacks of Saudi Arabian (a close US ally and Sunni hegemon and antagonist, they are also China’s second largest oil supplier) oil fields for instance are possible, or the or the blockage of maritime routes, which is another frank possibility in times like these. We also mustn’t forget that China’s fourth largest oil supplier in Iraq has now strengthened its relations with Iran and has now found itself caught in the middle of the US-Iran drama. In essence, it need not be extensively explained how any of these looming scenarios and political realities could lead to massive oil spikes in the coming years, and in turn, potentially compromise China’s access to oil and its overall economy. There’s also the fact that Iran – via US sanctions and international pressure – is increasingly becoming regarded as a pariah state. Which also doesn’t spell good news given its important role and strategic location in China’s Belt and Road Initiative. Until recently, massive BRI infrastructure investments were planned for the nation, indeed, Iran’s participation in the project was touted as unlocking long-term bilateral trade between China and Iran of as much as US$3.7 billion in 2019.

Will the 2020s see China make a break in its Middle East policy?

What happens to all of this now? On the one hand, it may make sense for China to draw down its investments in Iran in light of its instability, but how would abandoning the nation in its time of need go on to affect the trajectory of their relationship? For the sake of the BRI and energy security, China needs peace and stability to win out in the Middle East, the country increasingly has a stake in all of this, the question is, how does it see this desired outcome while continuing to play a largely neutral, non-interventionist role across the region? This is the big question for the China of the 2020s – no longer a sideline player, but a leader across the field.

Timothy Lobban BA (Cantab) currently lives in Beijing where he freelances as lead editor at forpotus.com and writes for China Focus

The opinions expressed in this article are the author’s own and do not reflect the views of China Focus.

Timothy Lobban BA (Cantab) is a contributor of China Focus
The Racial Element behind U.S. Strategy on China
Two Sides of the Same Coin: What Makes the Libra Different From the Rest and How Will it Change the World?
The Real Story Behind Chinese ‘Debt Diplomacy’ in Africa
For High Quality Growth, China Needs to Change How and What it Spends Money On
Use Wechat scan the qrcode, then share to friend or feed.