Phase One Deal Signed – So What Comes Next?

The Phase One deal contains potential for escalation, leaves much of the tariffs in place and does not deal with some of the broader and more difficult challenges experienced by the two economic superpowers, yet Beijing and Washington appear considerably optimistic.

China and the United States signed the long-awaited Phase One Deal in a highly ceremonious affair held at the White House on January 15.

Over 200 attendees – made-up of lawmakers, farmers and business leaders along with the world’s media – watched as China’s Vice Premier Liu He, and US President Donald Trump signed the 86-page document.

The President opened by thanking his guests for joining to witness the “momentous step” towards a future of fair and reciprocal trade.

In a letter addressed to President Trump, Chinese President Xi Jinping said the agreement was a sign their two countries could resolve differences through dialogue. The deal, Xi wrote, was “good for China, the US and the whole world.” 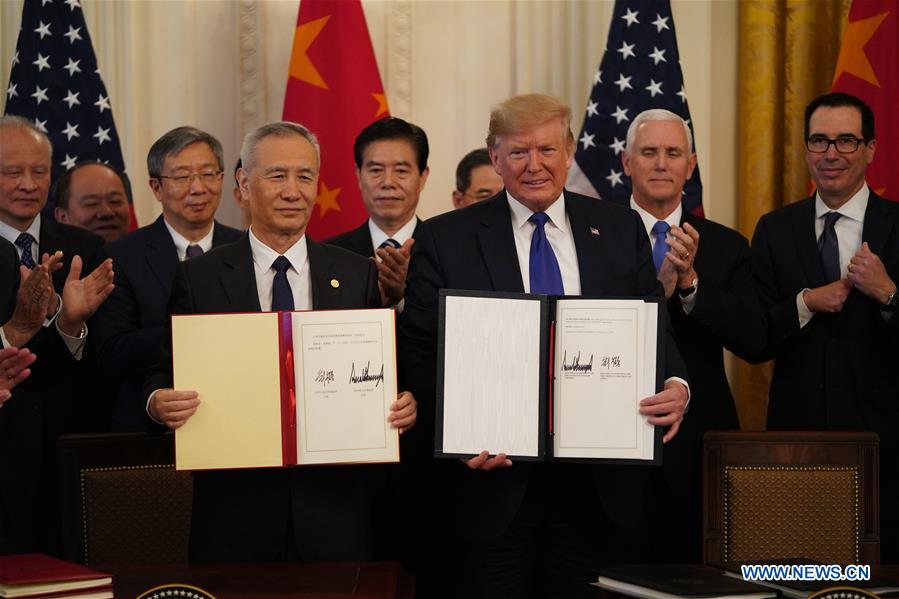 Chinese Vice Premier and chief trade negotiator Liu, hailed the outcome of the negotiations – which despite suffering some setbacks – have achieved significant progress based on equality and mutual respect.

Liu said that China hopes both sides will strive to implement the deal in an earnest manner, by sticking to the principle of equality and mutual respect, abiding by all agreed terms, and discussing with each other if problems arise.

The agreement marks a delicate truce following months of dispute which has roiled financial market, sapped business confidence and largely contributed to the slowest year of global growth since the financial collapse.

Under the terms of the Phase One agreement, Washington has suspending new tariffs and in exchange, Beijing has pledged to strengthen intellectual property rules and purchase an additional US$200 billion worth of American goods and services above 2017 levels over the next two years.

The purchases will be divided across four sectors and split as follows: US$77.7 billion is to be allocated for manufactured goods, US$52.4 billion for energy products, US$32 billion for agriculture produce, and US$37.9 billion in services. Details of specific products have been classified in order to avoid market distortions.

China has also agreed to publish monthly reports on its exchange rates in order to avoid accusations of “competitive currency devaluation”. The chapter on currency commitments also contains a clause which allows both sides to reserve the right to request the International Monetary Fund to intervene.

The White House’s top economic advisor Larry Kudlow told Fox News the agreement would add 0.5 percentage point to US gross domestic product growth in both 2020 and 2021. But not everyone was as confident.

In a statement, Capital Economics said that though “The Phase One trade agreement signed today removes the downside risk of a never-ending escalation of tariffs imposed by the US and China on each other’s imports, the modest scale of the roll-back of existing tariffs means that the deal will provide little, if any, boost to US GDP growth in 2020,” according to Capital Economics.

Given the differences in the early assessments of the deal, how did the market react?

Wall Street closed on an all-time high with the Dow Jones Industrial Average, up 0.3 percent, and climbing above the 29,000 milestone for the first time. The S&P 500 also reached a record high as it closed 0.2 percent higher and the Nasdaq Composite also gained 0.1 percent.

Admittedly however, much of the gains were made in the lead up to the signing ceremony and were lost after the text was scrutinized. The Dow Jones peaked at an intra-day high of 29,127 in the morning before falling to 29,035 at the days end. The same is true for the S&P – which although finishing 0.2 percent up – dropped from 0.5 percent at its session high.

The story is the same in China – markets reached their peak the day before the agreement was signed and have been steadily falling ever since.

The problem for investors is that the vast majority of tariffs remain in place. Under the agreement, the US will maintain up to 25 percent tariff on an estimated $360bn worth of Chinese goods, and China will maintain tariffs on US$100 billion worth of US products. And with the president commenting earlier in the week that he may decide to wait until after the election before signing a Phase Two agreement, the tariffs could remain in place for the rest of the year.

Fred Hochberg, former President of the Export-Import Bank of the United States, sums up well the markets position, “It’s not the panacea everyone is looking for – a lot of things are still left off the table and there is still a lot of uncertainty.”

There is also some doubt as to whether or not the deal will last at all.

The Trump administration was keen to include a mechanism to ensure China abides by the commitments it has made. If a dispute arises and is not resolved within the framework of the agreement then either side is permitted to impose punitive measures, such as tariffs, without a “counter-response”.

According to the text, if one party disagrees with the outcome of a particular dispute, its only recourse is to quit the agreement. There are no provisions for appeal. 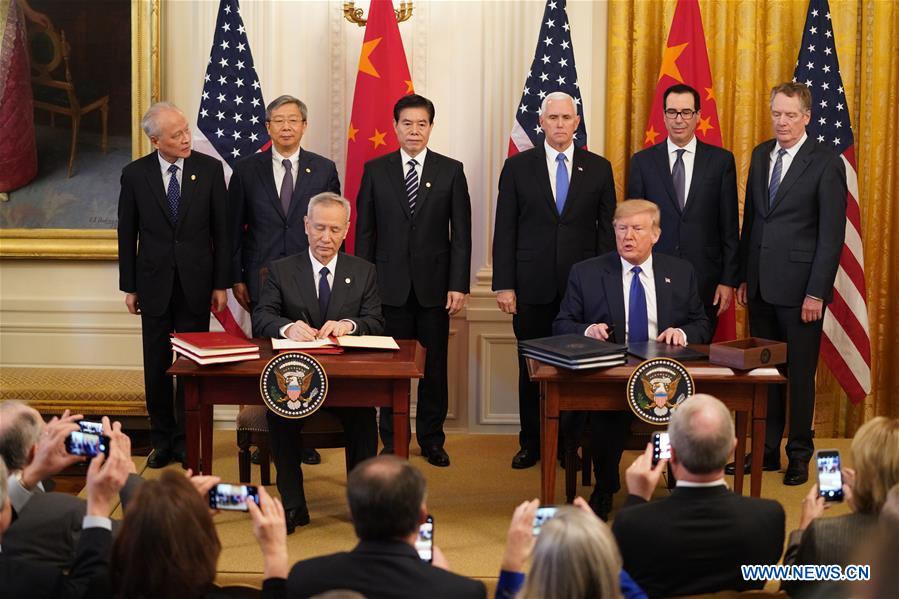 “The Phase 1 enforcement mechanism is very simplistic. It’s basically a one or a zero – an on or an off,” said Scott Kennedy, an expert on Chinese economics at the Center for Strategic and International Studies in Washington.

Admittedly, the Phase One deal contains potential for escalation, leaves much of the tariffs in place and does not deal with some of the broader and more difficult challenges experienced by the two economic superpowers, yet Beijing and Washington appear considerably optimistic. The sentiment was perhaps best expressed by Liu He, who at the signing ceremony repeated the old Chinese saying, “There are always more solutions than problems”.

Though the deal may fall short from some observer’s expectations, it should be viewed as an important first step in a long journey towards the building of trust, respect and cooperation. “We hope this deal will usher in a new era of trust between both countries and pave the way for Phase Two negotiations to begin in a timely manner,” said US Chamber of Commerce CEO Thomas Donohue.

An official start date for the commencement of Phase Two discussions has not yet been announced, however president Trump did confirm at the signing ceremony that he would visit his “friend” Xi Jinping on a trip to China in the not too distant future.

The opinions expressed in this article are the author’s own and do not necessarily reflect the views of China Focus.

Jamie Leigh Wright is an editorial writer for China Focus.
Coronavirus “Stabilizing” but China and World Remains Vigilant
Coronavirus: Netizens Against Racism Stand in Solidarity with Chinese People
Brexit Is Not Over. It Has Only Just Begun
Coronavirus: Chinese People Rise United to the Challenge
Use Wechat scan the qrcode, then share to friend or feed.