Should the World Be Optimistic about the China-US Trade Talks?

But, with bilateral relations between the two countries at their lowest levels in recent times, many are questioning why trade talks are resuming now?

China will send a trade delegation to Washington next month in an effort to improve bilateral relations and prevent further escalations in the on-going trade dispute. In a phone call with US Trade Representative Robert Lighthizer and Treasury Secretary Steven Mnuchin, Chinese Vice Premier Liu He, agreed to participate in the 13th round of China-US high-level economic and trade consultations scheduled for October. China’s Ministry of Commerce later announced that “both sides agreed [to] work together and take practical actions to create good conditions for consultations”.

The news of fresh trade talks between the two largest economies immediately lifted global stock markets. In Asia, China’s Shanghai Composite and South Korea’s KOSPI both rose by about 1 percent and Japan’s Nikkei climbed by 2 percent. US stock markets rallied on hearing the news; the Dow Jones jumped by 1.4 percent, Standard & Poor’s 500 stock index rose by 1.3 percent, and the Nasdaq soared by 1.8 percent. European markets also welcomed the announcement with French, German, Italian and Spanish indices all making steady gains.

Since July 2018, the United States and China have been embroiled in a bitter trade dispute which has shown few signs of ending. In recent months, relations have worsened with the US President Donald Trump calling on US businesses to leave China citing a national security law usually reserved for terrorists and pariah states. Just this month, Washington applied an additional round of tariffs on over $125 billion worth of Chinese goods which China responded by lodging a complaint against the US at the World Trade Organization (WTO), and tariffs on $ 75 billion worth of US goods, to take effect on September 1 and December 15. The invitation by the US to engage in the 13th round of high-level trade talks was naturally welcomed by China. But, with bilateral relations between the two countries at their lowest levels in recent times, many are questioning why trade talks are resuming now?

Given the whims, comments and actions of the US President change almost on a daily basis, understanding why the US is interested in resuming trade talks now, is not an easy task. One day Trump expresses regret over escalating the trade war, the next, his only regret is that he didn’t go far enough; similarly, one day he describes Chinese President Xi as a “great guy”, the next, an “enemy”. Despite the US President’s characteristic flip-flopping, it is reasonable to assume that three concerns must be weighing heavily on his mind. First, his upcoming reelection bid. Second, fears of a possible US recession. And third, the sustained pressure he faces, both domestically and internationally, to de-escalate the trade conflict with China.

It is notable that these three factors are also inextricably intertwined. If trade tensions show no signs of improving, the US economy – which has recently flashed warning signals – risks sliding into recession. In August, the yield curve — a key predictor of future economic activity — inverted for the first time since the global financial crisis of 2008. Business executives, investors and economists pay particular attention to this index, given that since 1978 there have only ever been five yield curve inversions, and all five have led to a recession. This is the last thing Trump wants to happen. The US President is painfully aware that if he enters an election campaign with an economy on the brink of flatlining, his chances of reelection in 2020 will be drastically reduced. 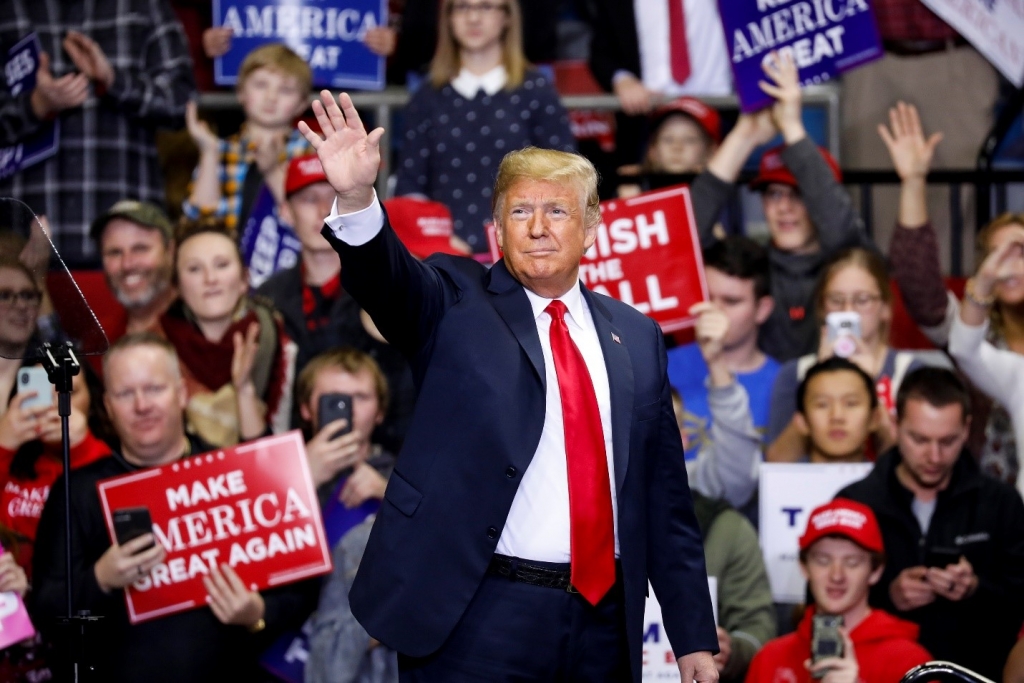 With an eye on his upcoming reelection campaign, Trump may also hope to reaffirm support from his base in the farming and manufacturing sector which have suffered greatly in the on-going trade dispute. In the last 6 months alone, Business Insider, notes that the Trump administration has allocated $28 billion in emergency aid subsidies to the flailing farming sector in an effort to offset its heavy losses. Though, many have noted this figure does not come close to making the farming community whole. According to the American Farm Bureau, farming bankruptcies in the 12 months through June — roughly in line with the first year of the trade war — were up 13 percent from the previous year. The manufacturing sector is also finding it difficult to cope with rising costs and increasing uncertainty. Data from the Institute for Supply Management – a closely watched index of American manufacturing activity –revealed that factory activity in the US contracted in August for the first time since 2016.

Trump is facing sustained pressure at home and abroad to reverse his policy on China as a result of the damage that the trade conflict is having on the US business sector and the ramifications for the wider global economy. In the US, 173 companies, including footwear giants, Nike, Adidas, and Converse, signed an open letter to Trump calling his trade policy “catastrophic for consumers, companies and the American economy as a whole”. At the G7 summit in Paris, it was reported that world leaders lobbied President Trump “all weekend” to de-escalate the trade conflict with China, over fears that it is harming growth projections and confidence in global markets.

Should onlookers be optimistic?

Evidently, many individuals, organizations and foreign governments have a stake in the outcome of the trade talks between the world’s two largest economies and will be watching the talks closely. But, given past events and the current environment, should onlookers be optimistic?
The agreement to hold trade talks of course represents a step in the right direction. As in all times of international tension, dialogue is to be applauded. China have long maintained that “differences and frictions between the two sides in the economic and trade field will ultimately need to be solved through dialogue and consultations”. The upcoming talks will be the first in-person, high-level discussion since the talks held in July that ended with very little progress. 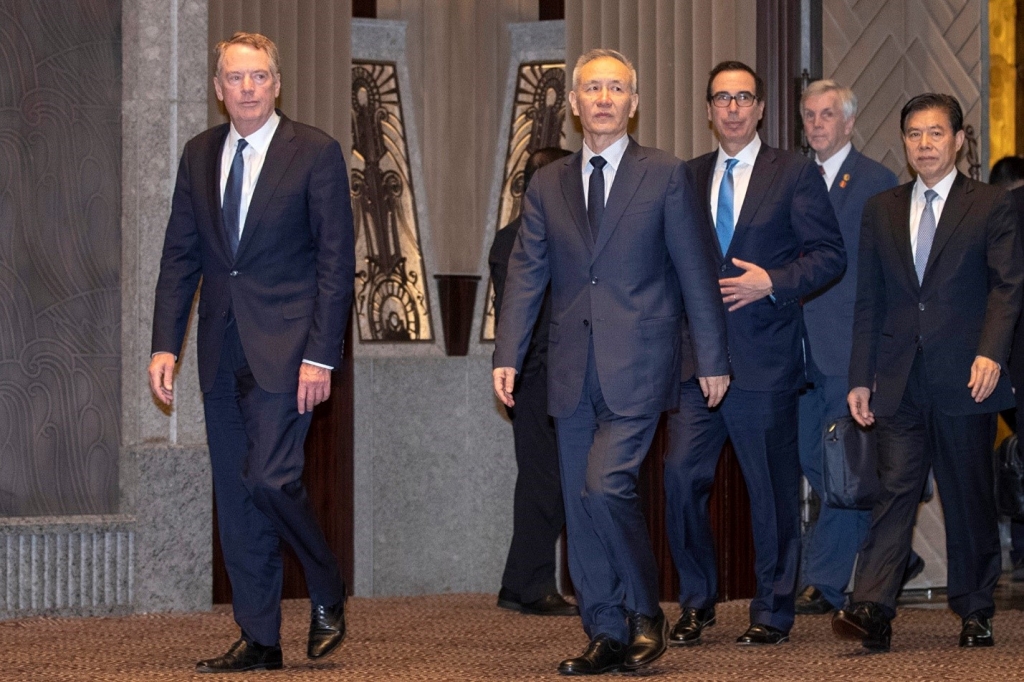 Deputies from China and the US trade teams will meet in mid-September to prepare for the high-level trade negotiations expected to take place early October. As a gesture of good will, Beijing exempted 16 types of US goods form planned tariffs. The exemption — covering food for livestock, medical supplies and industrial lubricants — will come in to force on September 17, and be valid for one year. Trump responded to Beijing’s olive branch by announcing a two-week delay on the tariff rise from 25 percent to 30 percent on $250 billion worth of Chinese goods previously scheduled for October 1.

Though the return to dialogue is welcome news, analysts remain cautious as to the realms of possibility. Many observers in the US and China are not so optimistic and view the best possible outcome as a continuation of the current stalemate. The former head of the China division at the International Monetary Fund, Eswar Prasad, noted “continuing to talk soothes markets a little” but added “the political cost to making major concessions is too high for either side”. In further support of this position, experts believe China is preparing for a long and protracted trade conflict. Researchers from Deutsche Bank note that China appears to have moved from a focus on “resolution to one of endurance”. “We think China is neither aiming to quickly reach a trade deal, nor trying to hit back at the US as hard as it can. Rather, China seems to have internalized the trade war as a given fact, and is trying to preserve China’s economic resilience under rising tariffs”.

Jamie Leigh Wright is an editorial writer for China Focus.
Opinion articles reflect the views of their authors, not necessarily those of China Focus