The Road to RMB Internationalization Has Been Paved But Will the Journey be a Smooth One?

For the last year, talk of the Chinese yuan becoming a major reserve currency has dominated headlines across the world. Is it time for the young lion to take charge of the pride?

For the last year, talk of the Chinese yuan becoming a major reserve currency has dominated headlines across the world. This observation became even more acute when President Trump pulled the USA out of the JCPOA agreement (otherwise known as the Iran Nuclear Deal) in May, as murmurs about the possibilities of renminbi-denominated oil trading in Iran in response to this emerged, something that I had also previously written about http://www.cnfocus.com/the-renminbi-renaissance-and-the-decline-of-the-dollar/. Going beyond these headlines and into the thick of things, use of the renminbi in an international context is certainly beginning to expand to a point beyond hype. 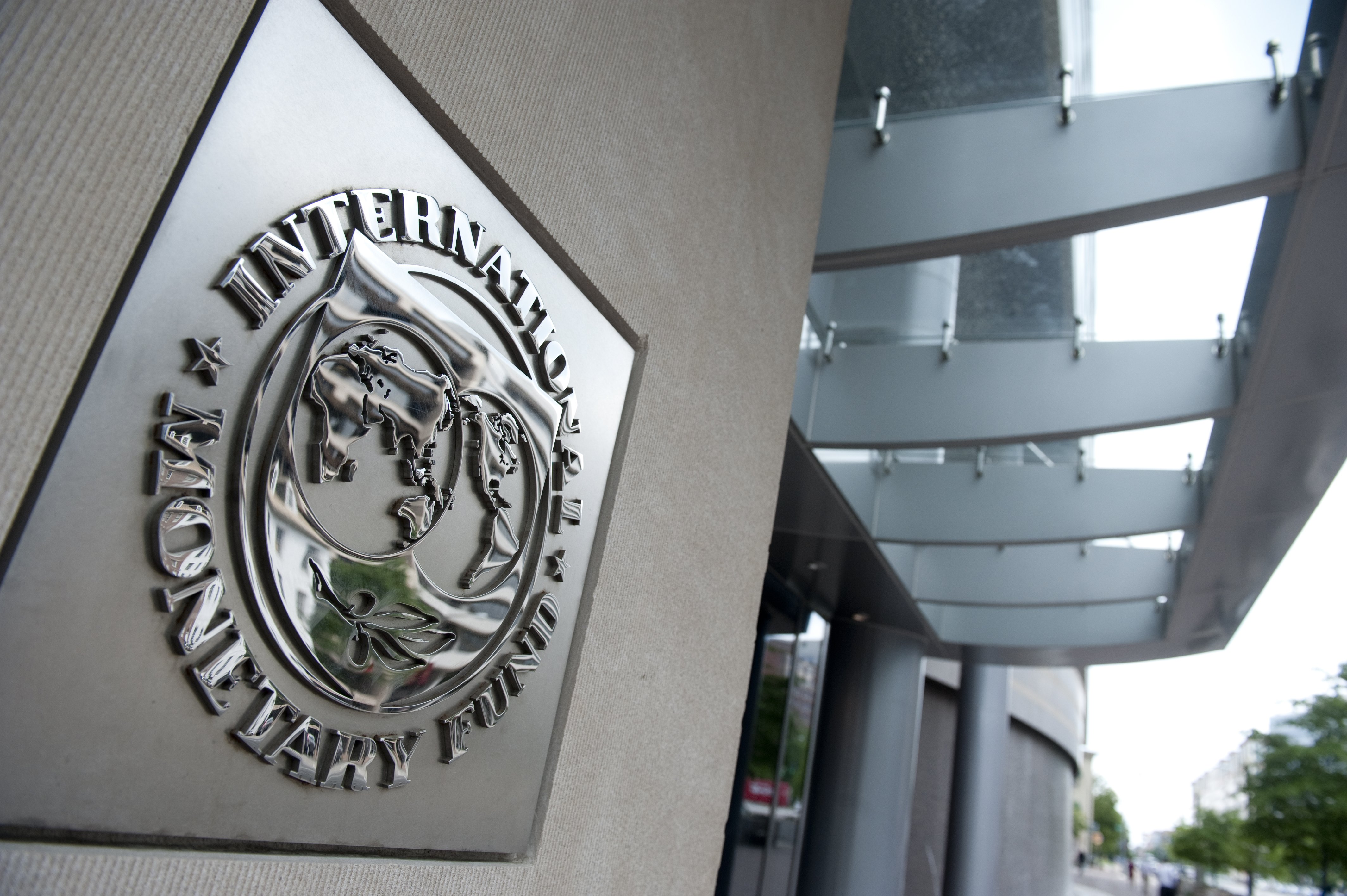 For example, according to data from the IMF, Chinese yuan as a share of world allocated reserves saw the largest change among all major currencies. As its share nearly doubled from nearly 1.1 percent in the last quarter of 2016, to 1.84 percent in the second quarter of 2018. Thus, while China’s position as a reserve currency is still relatively modest at this point in time, especially when compared to that of the USA, whose share of global allocated reserves sat at whopping 62 percent in the second quarter of 2018 as well, we must not let this overshadow the fact that China may be on an ascendant rise to the top. Particularly given that current growth rates suggest that the Chinese yuan as a share of world allocated reserves may overtake other major currencies such as the Canadian dollar, and even the pound sterling and the Japanese yen over the next couple years. Change of this scale would mean that the Chinese renminbi could become the third most widely used currency on the planet by the early 2020’s, in terms of allocated reserves, only trailing behind the euro and the U.S. dollar.

Furthermore, for as much attention that is paid to predictions of a ‘petro-yuan’, there is an equal amount diverted from other, arguably more substantive contenders for successfully internationalizing the yuan in the continued expansion and development of the Belt & Road Initiative, and one continent’s interest in adopting the Chinese renminbi as its reserve currency. Indeed, upon closer inspection one starts to see how the petro-yuan is only one piece of the jigsaw puzzle at play here.

The Reserve Currency That No One Talks About

Before further examining the possible rise of a petro-yuan and the role that it could play in internationalizing the Chinese yuan, it must first be acknowledged that to some degree, an alternative reserve currency to the U.S. dollar already exists, and has done so for nearly 20 years. 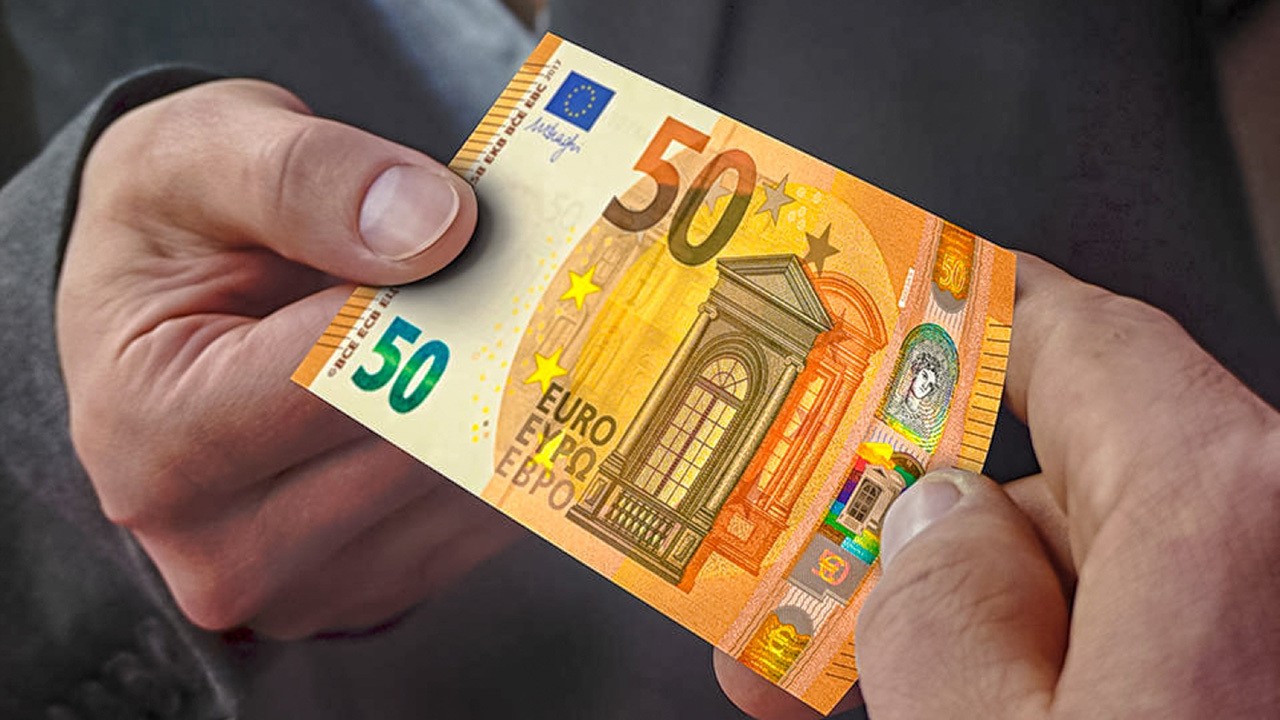 We are of course, talking about the euro. Established in 2002, the euro marks as the national currency for the 19 strong member eurozone – a monetary union where all members states agree to use the euro as their common currency and sole legal tender, along with allowing the European Central Bank to determine and implement monetary policy for the eurozone overall.

The eurozone itself encompasses a diverse range of national economies, each with their own unique characteristics and economic strengths, boasting a nominal GDP value of over $14 trillion in 2017, slightly higher than that of China’s for the same period. The euro also currently dwarfs the renminbi when it comes to international use. Indeed, while the Chinese yuan’s share of global allocated reserves for the second quarter of 2018 stood at 1.84 percent, it was over 20 percent for the euro (slotting them into second place behind the U.S. dollar).

Perhaps more importantly, many would argue that the euro has a lot more going for it as a competitor reserve currency to the U.S. dollar because, on paper, it would seem to tick a lot more of the boxes in terms of monetary policy. In order for a currency to position itself as a serious contender for the title of international reserve currency, institutional investors and trading nations need to know that they’re able to invest and withdraw their money from a country without much by way of capital restrictions. It also helps to have the central bank responsible for managing and issuing said currency operate monetary policy independent of central government, as investors believe that this brings more certainty and predictability to the currency in question. 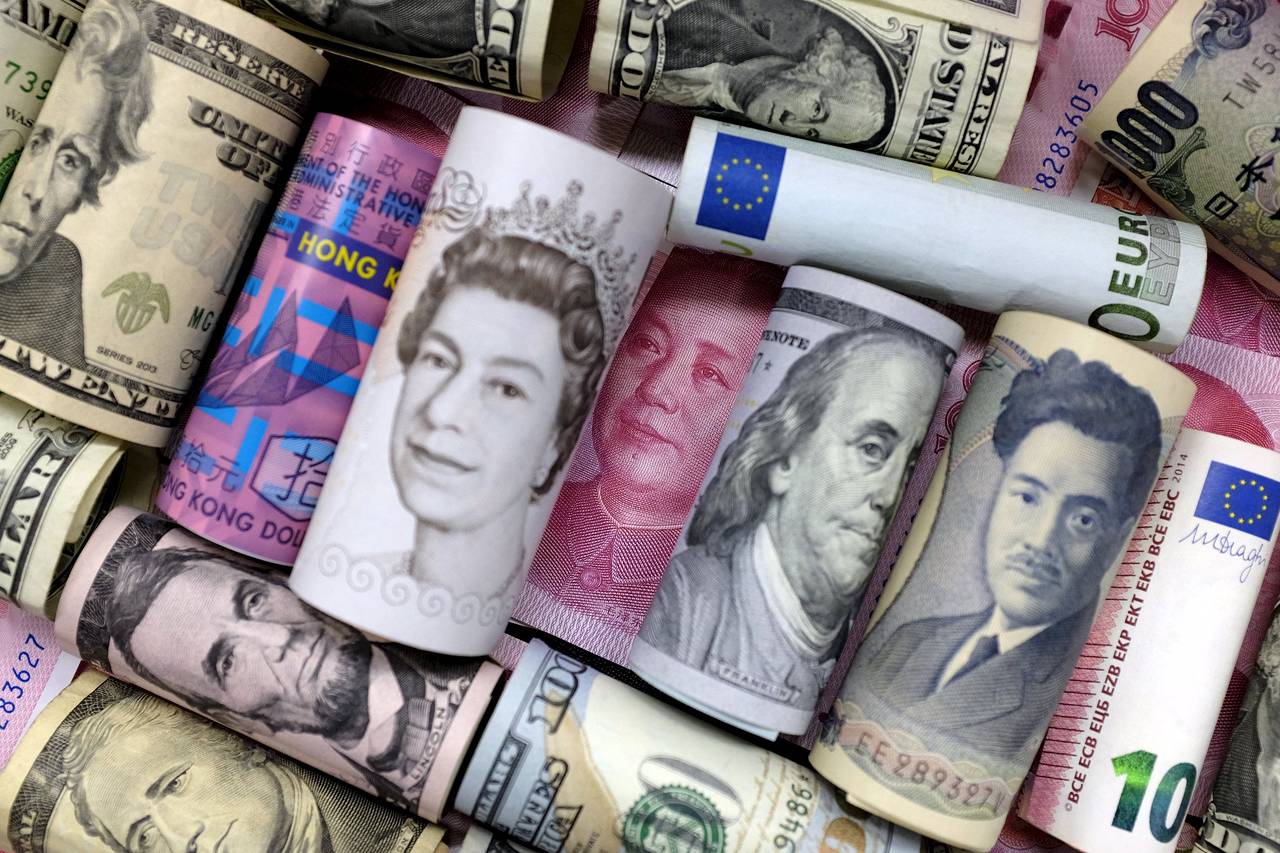 Thus, at present, it is generally agreed that the euro, compared to the Chinese yuan, more closely meets this criteria. Hence, why its share of world allocated reserves is already so much bigger than that of the Chinese yuan, with it possibly holding on to its lead for at least the next few decades unless China decides to make some tough choices concerning monetary policy.

Or is it Time for the Young Lion to Take Charge of the Pride?

With all that said, political and economic uncertainty has been constantly plaguing the eurozone since the onset of the Financial Crisis, and it seems to only be getting worse. Faced with a sizable wave of migrants from outside of its borders, along with the rise of far right populist politics across the region in response to this, multiple demographic changes also lie waiting further along the road, all combining to pose quite the threat to the stability and peace experienced by the continent for most of the 21st and 20th centuries.

China, on the other hand is seething with growth and development, and, as a single nation, may be better primed for general stability when measured against the eurozone.

Therefore, even though the euro does have a lot going for it in respect to its monetary policy, that still doesn’t ignore the fact that its share of global allocated reserve has actually been on the decline since 2008, while the uncertainty associated with Europe as a continent may mean that at some point in time, the euro may no longer even exist in its current form, if at all. 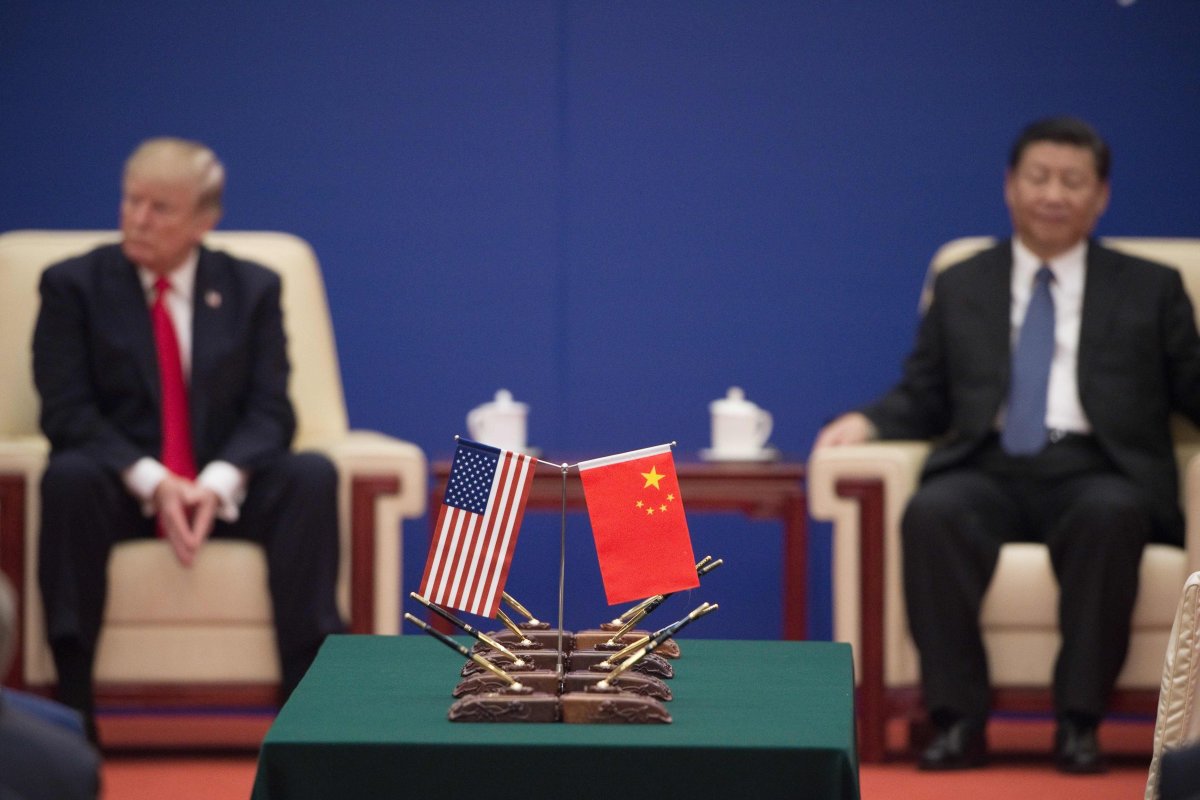 China can always make changes to its national monetary policy, what’s also very important to remember is that its foundation is strong, given that it is safe to say that China has its best years ahead of it as Europe, seems to have its best years behind it.

Taking things back to the topic of an emerging petro-yuan, interestingly enough, the petro-yuan already exists in the form of renminbi-denominated standardized futures crude oil contracts open to trade on the Shanghai International Energy Exchange. However, as the number one importer of crude oil, China’s bid for a petro-yuan may have more to do with its need to reduce its vulnerability to dollar fluctuations in the price of oil than widescale renminbi internationalization.

Furthermore, even though it seems likely that major oil and natural gas exporters such as Iran and Russia will consider adopting the Chinese yuan as a currency of exchange for this key export, it cannot be forgotten that both of these countries may only do so as a result of strained relations with America. Thus, more analysis does indeed need to be paid to what may draw different nations to want to adopt the petro-yuan, rather than to what may interfere with such countries continuing to use the petro-dollar. 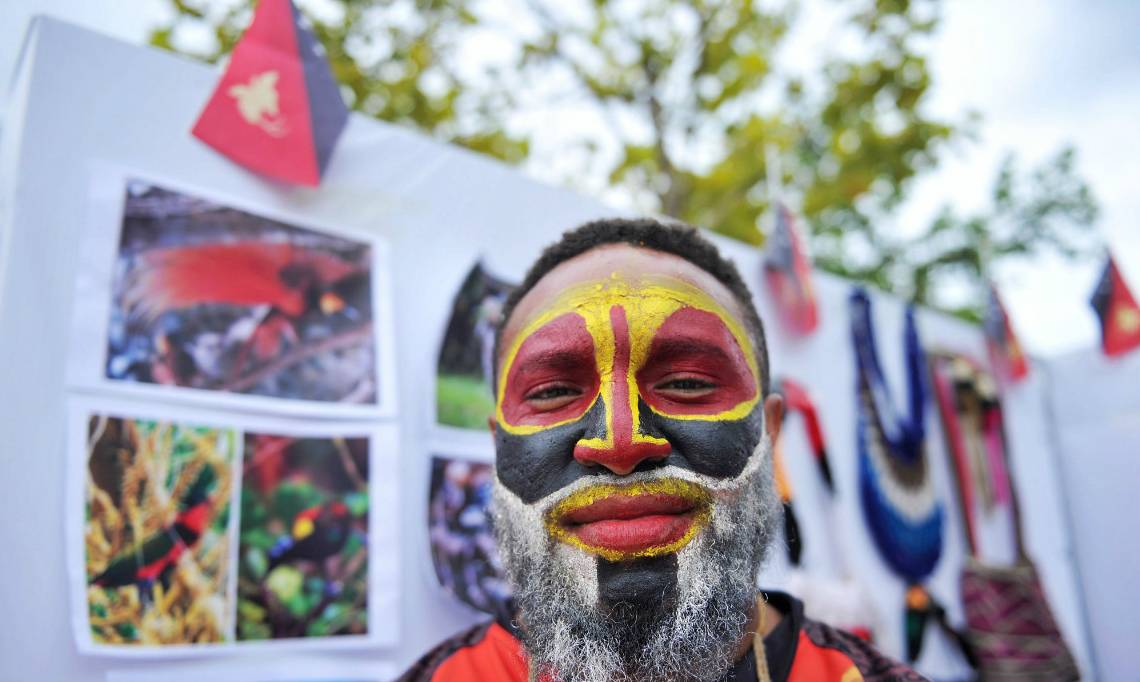 When we think more about what would actually draw the world to adopting the petro-yuan or Chinese yuan as a reserve currency in general, this is where the merits of the Belt & Road Initiative (BRI) and China’s extensive investment and trade with Africa comes into play.

The BRI, and Could a Revolutionary Renminbi Rise in Line with Africa’s Ascendance?

The answer as to how China continues to drive renminbi internationalization could instead be in the effects of the BRI and closer economic integration and cooperation with Africa. For reasons of more efficiently securing and paying off BRI-related loans, and better facilitating greater trade volumes between BRI participants and China, many of these same participants are likely to increase their reserve holdings of Chinese yuan in the coming years.

There’s also a chance that the Chinese yuan could soon become the primary reserve and settlement currency for most of Africa. This makes sense because China is Africa’s largest single trade partner and creditor, and by adopting the currency, it becomes easier for different countries within the African continent to manage their debt repayments, foster trade ties, and more effectively finance deficits in the case of African countries which are net importers of Chinese goods. And this appears to be understood by many different African nations, as heavyweight African economies such as South Africa and Nigeria have signed currency swap agreements with China, while Kenya, Botswana and Zimbabwe now seem to be seriously considering the option of using the renminbi as a reserve or settlement currency.

The Seeds of Renminbi Internationalization are Sewn in the Emerging Markets

As the fastest growing economic regions in the world (a trend which is likely to extend well into the future), China and the Chinese renminbi are well positioned to benefit from Africa and the rest of Asia’s continued breakneck growth. And through this, the Chinese yuan can certainly become something of a viable alternative to the U.S. dollar in the coming years. Nevertheless, China may need to relax its capital controls and consider opting for a central bank that’s independent from the central government, as well as completely move to a floating exchange rate if it wishes to seriously answer the matter of whether it could become the world’s reserve currency of choice.

Timothy Lobban BA (Cantab) currently lives in Beijing where he freelances as lead editor at forpotus.com and writes for China Focus and china.org.cn