Most Western coverage of China’s social credit system has been relatively dark, portraying the system as the culmination of the excesses of Orwellian-like big data analytics.

During the Third Plenary Session of the 18th CPC Central Committee in November of 2013, a series of landmark policy proposals were adopted in order to “establish and improve a social credit system to commend honesty and punish dishonesty.” In 2014, the State Council followed through with the Third Plenum’s policy proposals by officially announcing plans to build and standardize a social credit system that will go nationwide in 2020.

China’s national social credit system, inspired by the five qualities of righteousness, benevolence, manners, wisdom, and trust promoted by Confucian ethics and based on a series of algorithms, is not the malevolent dystopian plan described by some Western media and commentators. Rather, it is an initiative aimed at promoting social harmony and protecting public safety. In the words of the State Council, the social credit system emphasizes “strengthening sincerity in government affairs” as well as to provide a mechanism to “improve government credibility and establish an honest image of an open, fair, and clean government.”

In practical terms, what does this actually mean? The social credit system is a wide-ranging initiative designed to improve both market security and social order in China by increasing integrity and mutual trust. It combines current practices in data analytics with extensive data collection in order to achieve these goals. Individuals, businesses, social organizations, and government agencies will all be subject to assessments based on data-driven trustworthiness. Ideally, the data analytics will assist in promoting integrity and increase the negative consequences of dishonest behavior.

Simply stated, the system’s primary goal is to serve as a tool to enforce regulatory compliance and control the behavior of Chinese companies as well as foreign companies doing business in China. In this respect, the CPC and the State Council see the social credit system as a method to reduce the government’s intervention in the economy via credit scoring. Additionally, a second goal is to create a mechanism designed to evaluate the creditworthiness of individuals from both a financial and behavioral perspective. This aspect of the system has elicited both interest and concern by some Western observers over the potential application of these mechanisms. China would counter by noting that many aspects of Western – particularly American – systems that measure creditworthiness have elements that on some level also focus on fostering a level of personal and societal trust. Finally, a third goal of China’s social credit system is to enhance the Party’s supervision of state activities and rate the efficiency, effectiveness, and service of state activities.

China’s efforts at developing the social credit system center on both aggregating and integrating information within and across geographic regions and professional fields. By doing this, the government will create a series of measures that will incentivize trustworthy conduct and punish untrustworthy conduct. By increasing reliance on social credit evaluations in transactions, employment, and civic relations, the intention is to develop positive and negative mechanisms that will nudge individuals and organizations into compliance with court orders, social stability, and the law.

All Chinese citizens, corporations, social organizations, and government entities already have social and credit information collected about them – just like nearly every other nation in the world. While China will create a national social credit assessment score, it appears highly unlikely that there will be a pervasive scoring system. In other words, a score will not necessarily follow someone around for their entire life and relegate or reward them without the possibility of redemption or reassessment. Rather, the system will be set up with an eye toward monitoring the credit records of government agencies, business and social entities, and individuals to ensure civil behavior to be rule-based across Chinese society. 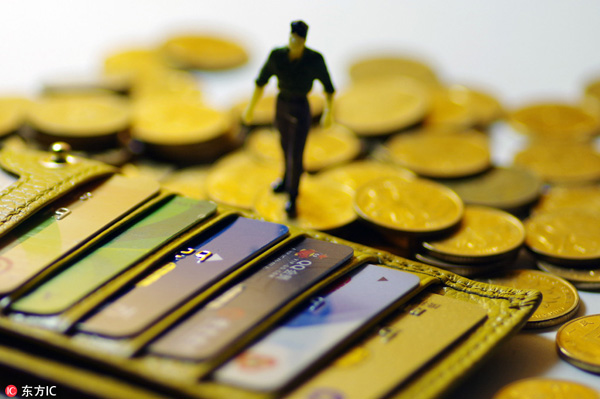 Social credit systems have quite long history in China

In fact, private social credit systems have existed in China for quite some time. Unfortunately, these systems are regularly confused with the central government’s coming national system by some in the West because they base some of their scoring on a consumer’s behavior. There are currently dozens of private social credit systems operating in China. In many respects, they are similar to a combination of the consumer credit bureaus and various business loyalty rewards programs found in the US because they assign scores to consumers and reward high scores with better credit, incentives, and discounts.

China’s national social credit system will not become operational until the end of 2020. Nationally, the social credit system will punish serious legal violations such as failing to carry out court-ordered judgments or tax evasion. However, the role of local governments in the development of national social credit scoring will also be quite important because of the system’s behavioral component. Cities are already playing a key role in developing scoring mechanisms for individual social creditworthiness. Currently, there are several pilot efforts taking place in cities such as Hangzhou, Suzhou, Xiamen, and Jinan. The data and best practices from these pilot programs will likely serve in the development of behavior-based social credit scoring at the city and county level in China. At present, local social credit pilot programs have been used to discourage bad behaviors such as jaywalking, failure to properly separate garbage, or smoking in non-smoking areas and to encourage good behaviors such as donating blood, doing volunteer work, or giving to approved charities.

Most Western coverage of China’s social credit system has been relatively dark, portraying the system as the culmination of the excesses of Orwellian-like big data analytics. What might come as a surprise to Westerners is that within China private social credit is quite popular. Because of the success of both local government efforts and private social credit schemes, many Chinese are looking for relatively easy ways to boost their scores. Online chats and stories regularly discuss social credit in terms of personal qualities and individual responsibility. Given what has already been proposed and piloted, there appears to be little reason to think that citizens will not engage in similar behavior and look at the characteristics of someone with a high national social credit score in order to emulate such behaviors in order to raise or insure a high score.

China’s social credit system is set to be operational nationwide by the end of 2020. Its aim is to encourage trustworthy behavior through a mix of penalties and rewards. One unequivocal concern expressed by President Xi Jinping and the CPC is that China needs to strengthen and enhance the nation’s social cohesion. Ideally, the creation and use of a national social credit system will advance a culture of legal compliance, improve governance mechanisms, and underscore the necessity to maintain societal stability. Ultimately, engendering trust in China’s economy and social conduct, incentivizing means to encourage civic virtue, as well as providing means of oversight of both Party and government officials, is ultimately the goal of China’s social credit system.

Jon Taylor is a Professor of Political Science and Chair of the Department of Political Science and Geography at the University of Texas at San Antonio.
From Humble Beginnings Come Great Things
Biden and China: An Opportunity for a Reset
​Reviewing the successes of China’s 13th Five-Year Plan
Trump and COVID-19: Unilateralism in the Name of Scapegoating China
Use Wechat scan the qrcode, then share to friend or feed.