What Next for China-US Trade Talks: Analysis and Reaction

Beijing and Washington are making progress in a positive direction; however, onlookers remain cautious due to the one-step-forward-two-steps-back pattern which has become familiar in the on-going trade dispute.

China and the United States achieved “substantial progress in multiple areas” in the latest round of high-level economic and trade discussions held in Washington last week. The triumphant announcement signals the first tangible step made in an effort to deescalate tension between the world’s two largest economies since becoming embroiled in a bitter trade war over eighteen months ago.

China’s chief negotiator, Vice Premier Liu He joined his counterparts, US Trade Representative Robert Lighthizer and Secretary of the Treasury, Steven Mnuchin, inside the Oval Office for a meeting with President Trump. With the world’s media watching, the two sides announced a breakthrough in bilateral relations.

Vice Premier Liu, noted that “we are making a lot of progress towards a positive direction” whilst President Trump hailed the outcome as “a tremendous result”.

In the impromptu press conference, President Trump revealed that he was particularly pleased with China’s agricultural purchase commitments which he described as “the largest order in the history of agriculture”. 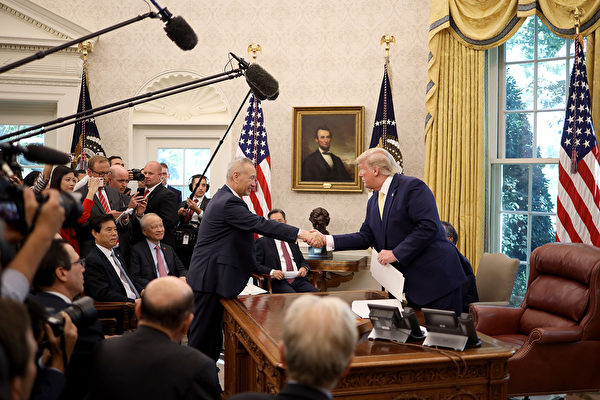 China has agreed to purchase $40-50 billion of US agricultural goods, in exchange, the US has scrapped planned tariff increases from 25 to 30 percent on some $250 billion on Chinese goods scheduled for October 15. The actual agreement may take up to five weeks to finalize, but “the two sides discussed the follow-up consultation arrangements and agreed to work together in the direction of a final agreement” a statement from China said. 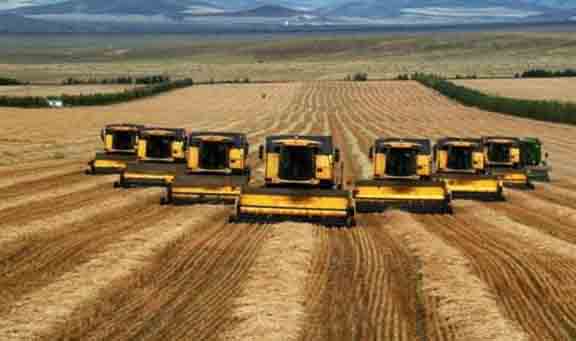 Following the positive outcome of trade discussions, Vice Premier Liu presented President Trump with a letter written by President Xi Jinping. “I hope the two sides will act in the principle and direction you and I have agreed to, and work to advance China-U.S. relations based on coordination, cooperation and stability,” the letter said.

President Trump described the consensus reached between China and the US in the recent trade talks as “phase one”. In phase one, which will take place over the next few of weeks, China and the U.S. will hash out the finer details of their agreement.

News that China and the United States achieved an unexpected breakthrough in bilateral trade talks naturally buoyed global markets. In the US, the Dow Jones Industrial Average surged by 1.21 percent, the S&P 500 rose by 1.09 percent and the Nasdaq increased by 1.34 percent. In Asia, Hong Kong’s Hang Seng index climbed 2.34 percent, the Shanghai Composite closed 0.88 percent higher and Japan’s Nikkei rose by 1.6 percent.

Aware of the close relationship between the trade talk developments and confidence on Wall Street, coupled with knowledge of the downward pressure exerted on the US economy from poor manufacturing data and the inverted yield curve warning, Trump appeared to play-up the agreement reached between the two sides. The president called the results from the trade talks a combination of “tremendous” and “tremendously positive” at least 15 times.

Beijing and Washington are of course happy that the two sides are making progress in a positive direction; however, remains cautious due to the one-step-forward-two-steps-back pattern which has become familiar in the on-going trade dispute. It’s not the first time the two sides have appeared to agree to a truce. Trade talks in Argentina, Osaka, and Beijing were judged to have ended positively, but were then followed by an abrupt U-turn from Washington, resulting in further tariffs and increasing tensions.

Many experts also expressed caution in their assessment of the outcome from the trade negotiations. Analysts at Citibank, said “despite what appears to have been achieved in the October talks, we remain cautious on an eventual trade deal.” Similarly, the Financial Times, noted that “the two sides are still a long way from a final settlement”. Analysts at Bloomberg Economics were even less optimistic, stating that “past experience is that US-China trade agreements aren’t worth the paper they are written on, and this one hasn’t even been written down.”

On balance, a fair assessment would be to describe the consensus reached between the world’s two largest economies as a truce. The current agreement stops short of rolling back any existing tariffs and makes no mention of the fate of the future 15 percent tariffs on some $160 billion of Chinese goods scheduled to take effect on December 15 – it nevertheless represents a small step in the right direction.

The fact that the outcome of the talks is being hailed as a “tremendous result”, despite China offering a similar deal in terms of commitments to increase agricultural purchases many months ago, begs the questions, why an agreement now?

The answer is in fact glaringly obvious and can be summed-up by paraphrasing a memorable quote from a former US president – “It’s the election, stupid!”

After the first day of negotiations ended, President Trump tweeted, “big day of negotiations with China. They want to make a deal, but do I?” This announcement was generally viewed as an attempt by Trump to appear ambivalent in regards to the outcome as well as in control of the negotiations. The reality, however, appears significantly at odds with this projection. Analysts have noted that in recent months the balance of power has shifted in China’s favor. President Trump was (and still is) facing sustained pressure on multiple fronts to deescalate the trade tensions with China. An election cycle is just around the corner and the manufacturing and farming communities which makes up much of Trump’s base have been hit hardest by the ongoing trade dispute. In addition, financial markets have been rattled due to the growing uncertainty and recent dismal economic data.

An unexpected breakthrough in the China-US trade negotiations also provides a welcome distraction from the escalating impeachment proceedings. At the end of September, Speaker of the House, Nancy Pelosi announced formal impeachment inquiries had begun against Trump over allegations the president unduly pressured Ukrainian President Volodymyr Zelensky, to investigate business dealings of the son of his political rival Joe Biden. 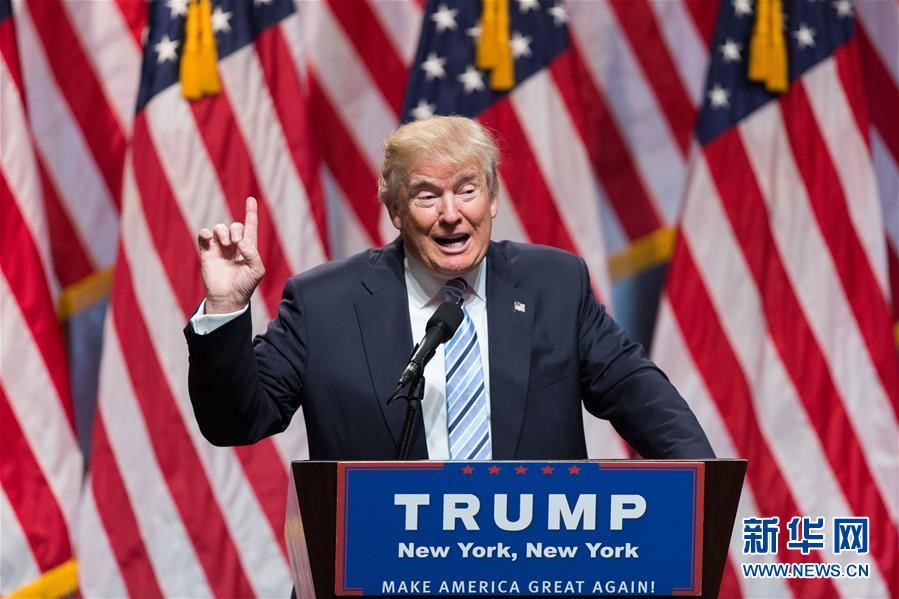 The temporary truce announced at the end of the 13th round of China-US high level economic and trade talks sets the stage for a possible meeting between President Xi and President Trump on the sidelines of the Asia Pacific Economic Conference, scheduled for November 16-17 in Santiago, Chile.

The article represents the author’s personal opinions and does not necessarily represent China Focus’.