From Poverty to Prosperity: The Story of Chongli

The story of Chongli is one of cooperation between China’s government, local authorities, and private investors. Working together, the public sector and private capital are drastically transforming an underdeveloped and poverty-stricken town into a leading ski resort with a thriving tourist economy.

For more than 40 years, China has embarked on a journey of reform and opening-up.

The central aim of this macroeconomic policy has been to transform an inward-looking China into one which welcomes the forces of the market in order to become a key contributor and beneficiary of globalization.

Since the economic reforms began in 1978, China has lifted 740 million of its people out of poverty and has witnessed unprecedented economic growth to become the world’s second largest economy.

President Xi Jinping has remained true to this vision and pushed it further than any of his predecessors since the grand architect himself, Deng Xiaoping. Under Xi’s leadership, China continues to invest heavily in developing transport infrastructure, poverty alleviation and market reforms.

In terms of infrastructure, China now has more high-speed rail lines currently in operation than the rest of the world combined. Poverty alleviation methods continue, with per capita disposable income of rural residents growing 8.4 percent year on year. The country has consistently climbed up the World Bank’s ‘ease of doing business index’, and has even surpassed the United States in the creation of billion-dollar high-tech start-up companies.

Chongli, a small mountainous town 220km north of Beijing – in the Zhangjiakou City of Hebei Province – is currently witnessing this monumental transformation on a scale like no other. 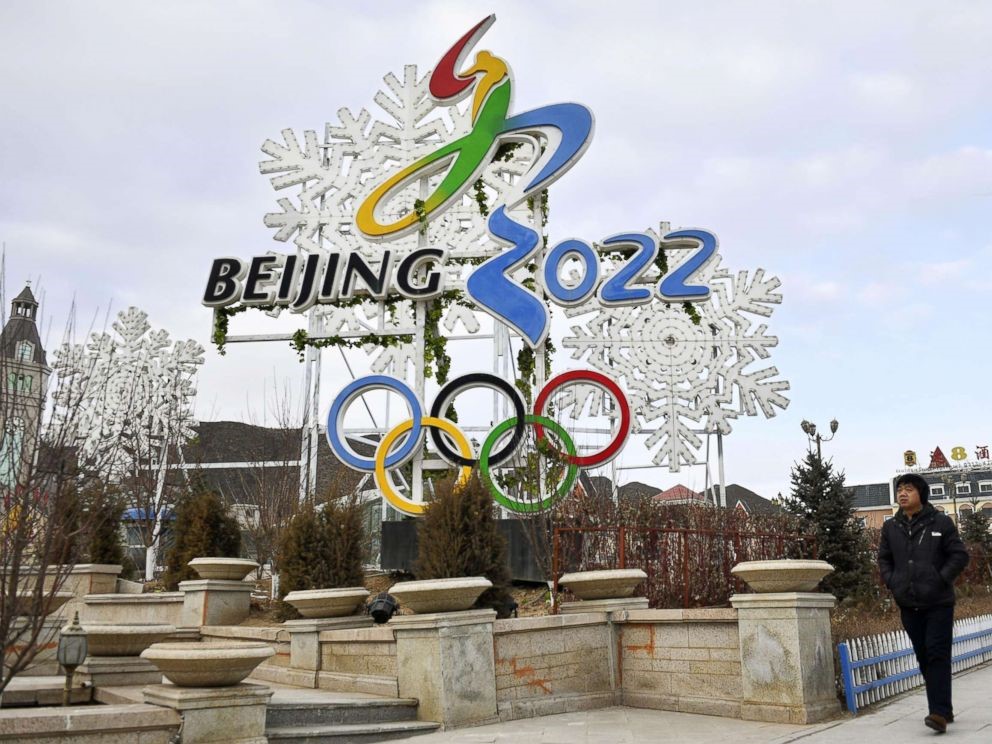 Prior to 2015, though Chongli was becoming an increasingly popular ski town, it remained one of the poorest areas in all of China. Of the towns 131,000 inhabitants, more than 16 percent – 24,000 people in real terms – were identified as living in extreme poverty. Much of Chongli’s roads were made-up of gravel, and the surrounding transport infrastructure was severely underdeveloped.

However, one day in July 2015, the fortunes of the town and its people dramatically changed.

On July 31, the President of the International Olympic Committee Thomas Bach, announced in Kula Lumpur that Beijing is to host the 2022 Winter Olympics alongside Zhangjhiakou. A local resident, Zhang Zhenlong, commented that this marked a turning point in his towns history and hailed the Olympic announcement as the start of “a new era for my hometown.”

With the the area set to take center stage during the Winter Olympic Games, the Chinese central government in Beijing – assisted by local authorities – have made infrastructure development and poverty alleviation a top priority.

The government has allocated a stimulus package of 430 billion yuan ($61.17 billion) in order to develop Chongli and the surrounding area. Central to this infrastructure development project is the creation of a high-speed rail line and a two-way four-lane highway which will connect Chongli with Beijing.

The 53.2km high-speed rail line which connects the Beijing-Zhangjiakou line with Chongli’s Taizicheng Station at the heart of the Olympic village, is due to become operational by the beginning of next year. The railway has a capacity for trains with a speed of 250 km per hour and will cut transport time between Beijing and Chongli to under one hour.

Similarly, the Beijing-Chongli highway, which burrows through the mountains to the north of Beijing, will drastically reduce the transport time between the Capital and the ski town when it is complete at the end of the year.

The Ministry of Transport of China notes that the new infrastructure projects “will serve the Winter Olympics, help boost tourism in Chongli and improve transportation for locals”.

In addition to the huge investment from the Chinese central and Beijing municipal governments, Chongli has benefitted an influx of private capital over the last two decades.

Leading the private investment and development push in the up-and-coming Olympic ski town is Furlong Holdings. The company is active throughout China in sectors from mining to media, finance to education, and hotels to property management.

Since 2007, Furlong has been investing in Chongli, and has now built and manages a portfolio of high-class hotels, commercial buildings and an impressive ski resort. As the only company in China to receive a license for urban planning and development, the company has rebranded itself as ‘China’s New Urban Operator and Brand Service Provider’.

The Company chose Chongli as the site of the company’s first Urban Planning Project which it aims to establish as the benchmark in its boutique town development. To date, the company has invested 26 billion yuan ($3.7 billion) in the development of its ‘Furlong Four Seasons Town” which covers 22 square km and could be easily mistaken for a European ski town. The Vice President of Furlong Four Seasons Town, Guo Meihong, explained that planners “have taken much inspiration from Switzerland and Austria.”

Furlong’s ski resort which is already witnessing a sharp rise in visitors, is home to world’s largest lobby and is the only ski resort in the world to remain open at night. It also has plans to develop a ski slope which takes guests directly to and from the town center.

In the development of its Four Seasons Town, Furlong has employed 1,000 people from the local and surrounding area. Grace, who grew-up in Chongli and now lives in Beijing, visted her hometown last week and was astounded by its transformation. “I never thought that Chongli could develop so fast” she said in amazement.

“With the construction of the ski resorts and the Olympics bid, the locals have much more job opportunities. Some of my relatives and friends have been working at the ski resorts, which in the past have had to travel to the neighboring cities for employment.”

Furlong Holdings is also improving the living standards of the town’s residents much more than providing employment and developing the tourism sector. The company has invested significantly in the regeneration of Shangwopu – a small village home to 101 families. Villagers are trading their old homes – which are mostly devoid of essential amenities and in much need of repair – for brand new houses just meters away.

Since, the town won the Olympics bid, officials in Beijing and Chongli have been working together in an effort towards poverty alleviation.

After just four years, Chongli has pulled more than 99 percent of its residents out of extreme poverty. Now, just 33 people in Chongli are identified as living in extreme poverty, with the town on track to eradicate extreme poverty entirely by 2020.

Wang Sizhou, Deputy Secretary of Chongli’s Party Committee, explained to a group of visiting MBA students from the Emerging Markets Institute of Beijing Normal University (BNU), the methods that local authorities and central government are implementing in order to alleviate extreme poverty, both locally and nationally.

“First, we identified which people are in need of support,” Wang stated. “Next, we ensured that the families in most need, are given targeted support according to their individual circumstances”.

The deputy secretary of Chongli said that “one government officer is assigned to five ‘in-need families’”. It is then, the responsibility of the officer in charge to identify the reasons contributing to an individual’s poverty, and provide specific measures in order to alleviate their suffering.

If the reason for poverty is due to an illness in the family, “social insurance which covers 90 percent of medical bills is provided free of charge.”

These targeted methods in Chongli – which are also being implemented on a nationwide scale – are having significant impacts in the alleviation of poverty and increasing the local people’s standards of living. Wang added that as part of the government’s systematic effort to alleviate poverty and invest in infrastructure, the town surely would have developed, though just not quite as quickly, had it not been for the 2022 Winter Olympics.

Looking ahead after the Olympics

With the Winter Olympic Games approaching closer, the primary focus is of course to transform the town into a suitable environment for the Games. However, the vision of government officials and the private interests in the town is not limited to 2022.

After the Winter Olympics, Chongli will act as a platform for regional development. The ambition is to build on from the success the Olympics has brought, and establish the town as a vibrant seasonal vacation resort.

Figures from Chongli’s tourism authority already highlight the significant impact that investment is having on the local economy. Since 2015, the town’s income has increased by nearly 200 million yuan ($28.45 million) every year, growing from 440 million yuan ($62.59 million) to over 1 billion yuan ($142 million) in just three years.

The trend is expected to continue with local government officials estimating in the years immediately before and the after the Games, the number of visitors to Chongli will reach an estimated six million.