G20 members are hopefully to reach a consensus on reforming the appellate body at the summit.

The 14th Group of 20 (G20) summit was held on June 28-29 in Osaka, Japan. In recent years, the United States has obstructed attempts by the appellate body of the WTO to initiate a new/reappointment process for judges. Against this background, G20 members are hopefully to reach a consensus on reforming the appellate body at the summit.

With the theme of the WTO reform, China Focus has launched a series of high-profile overseas interviews during this summit. Today has an exclusive interview with Ronnie Lins, President of Center China Brazil: Research & Business (CCB).

China Focus: The WTO reform is the focus of the G20 summit in Osaka, Japan. In what areas do you think the WTO needs to be reformed in order to serve its members more effectively?

Ronnie Lins: Many countries have long criticized the WTO. Trade relations are evolving, and legislation and decisions must adapt to the new global context; however, the WTO has not yet adapted to this new era. The biggest issues that the WTO faces in terms of reform are: 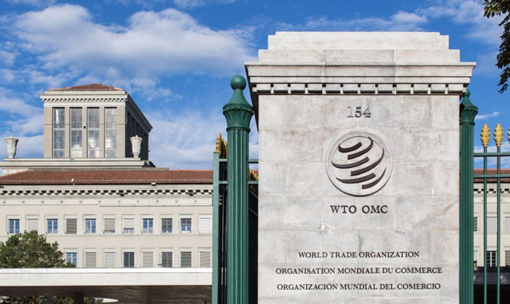 My biggest concern is that they cannot present consensual solutions in the G20. I, who adhere to multilateralism, do not believe that countries such as the USA and others accept the terms in this trend. If so, the WTO will be placed in an awkward position and may even have its existence questioned.

China Focus: China has lowered import tariffs, increased sector access, cut down various barriers faced by foreign investors, and expanded their opening up. How do you see the role of these measures in advancing the WTO reform? What is your take on China’s contribution to global governance and multilateralism?

Ronnie Lins: China promotes its opening according to its planning. In this context, measures are in place to open the market, reduce tariffs and trade barriers, and to create better conditions for more significant investments in foreign capital, especially in high technology sectors.

It is a wise move within the scope of China’s government, but I do not think it would be possible for all G20 countries to accept such measures in their respective countries.

I think that multilateralism is the most appropriate system for the current and new trade context because it will be challenging for countries to have good economic results by practicing protectionist policies. China, as the world’s most important trading nation, has long been heading as a leader in this direction so that we can face the new challenges together and seize the opportunities offered by this new global context.

I hope that other G20 countries, which are not yet aware of this, can do so as soon as possible so that the world is better able to solve its global socio-economic problems.

In a globalized environment, protectionist policies affect everyone. Any country hoping to resolve the impasse cannot resort to power. China and the USA have significant responsibility for world stability. Therefore, they should take advantage of the event and peacefully discuss how both can be in a comfortable commercial position and not harm the rest of the world.

China Focus: What do you think of the U.S.’ decision to increase tariffs on imports from many countries? Will it hurt multilateral trade that the reform of the WTO upholds, and have any other effects?

Ronnie Lins: It is clear that by creating hostile environments in a globalized world, everyone loses. Take the case of the U.S.-led trade war with China. We can summarize how this negatively impacted people’s lives when taxation increased in one country and the other response in the same way. Besides, we are talking about the two largest countries in the world.

Chinese companies based in the USA lose because they are overtaxed and have reduced revenues and increased layoffs. 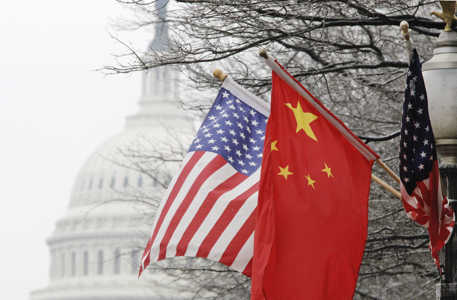 It will also make it hard for U.S. companies to survive in China, and with their reduced turnover increase the number of layoffs.

The price of these products in both the U.S. and China will increase and everyone loses.

This commercial war environment between the two largest countries on the planet creates instability that robs investors and makes other countries increase their protectionism. With that, everyone loses.

In this small example, we see in a globalized world how a country can succeed in this impasse. Everyone is negatively affected.

Any country hoping to resolve the impasse cannot resort to power. Both countries bear considerable responsibility for world stability. Therefore, they should take advantage of the event and peacefully discuss how both can be in a comfortable position, and avoid hurting the rest of the world.

It will be apparent to the other G20 countries that this is the only beneficial relationship modal in the context of globalization.

China Focus: What is your expectation of global governance in the G20 summit in Osaka? What more do you think G20 could do for the emerging countries, BRICS for example?

China Focus: Why do you think the G20 Osaka Summit is a great opportunity to promote WTO reform?

Ronnie Lins: While the G20 has a broad scope of issues for discussion, it seems to be fundamental that the issue of reform of the WTO is one of the priority topics for discussion. However, in addition to being an excellent opportunity for a common agenda between countries, it also provides an opportunity for leaders to hold critical bilateral meetings to resolve the significant disagreements between countries. At this kind of meeting, I hope that the issue between China and the U.S. can be resolved.

You May Like
Common Interests Prevail
China-U.S. Leaders Meeting of Top Concern for World’s Media
【Exclusive Interview】G20 Osaka Summit Embarks on a Higher-Level Open Economic System
A New Chapter in China-Japan Relations Can Drive Asian Integration
WTO Chief Economist: What Should Be Changed in the WTO Reform Under the Global Trade Friction?
Progress in WTO Reform Expected at Upcoming G20 Summit
Xi’s Speech Helps Steer World Economy in the Right Direction
G20 Faces A Challenging World Amid Rising Nationalism
Use Wechat scan the qrcode, then share to friend or feed.